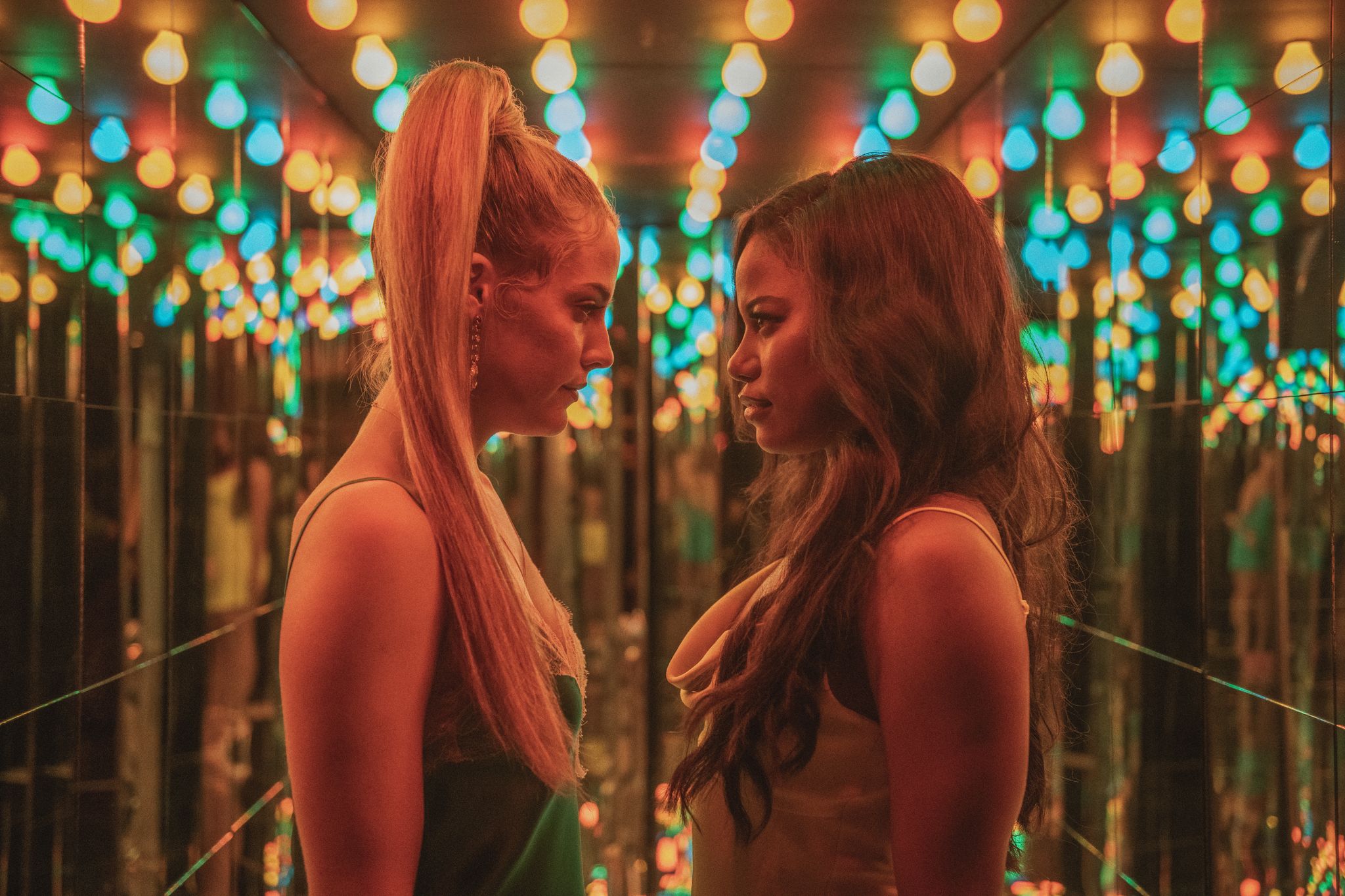 The film takes its inspiration from a 148-tweet thread posted in 2015 by Aziah “Zola” King, a waitress and stripper who recounted the tale of a “hoe trip” she took to Florida with a new acquaintance.

“You wanna hear a story about how me and this bitch fell out?,” is how the thread famously started. “It’s kind of long, but it’s full of suspense.”

Zola debuted at the pre-pandemic Sundance in January 2020, which seems like forever ago, and it’s finally getting a theatrical release on June 30.

Directed by Janicza Bravo, who wrote it with Slave Play playwright Jeremy O. Harris, the film changes a few names and fudges a few details. However, a few different pieces of reporting confirmed most of what Zola tweeted. The film’s pacing is often a bit unorthodox, likely due to following the beats of the real thread, but overall it’s a winning effort.

Zola is notably a Harmony Korine-like movie, coming across as a fever dream, much in the style of two recent Korine films also set in Florida, Spring Breakers and The Beach Bum. The film offers a delightful mix of high-brow and low-brow. It’s distributed by prestigious outfit A24, features a slick score by Mika Levi, and is shot in stylish 35mm, but it’s about strippers and sex work. In short, it’s a very, very Florida movie.

Taylour Paige stars as the titular stripper, who agrees on an impulse to join Stefani (Riley Keough) on a road trip to Florida, where single weekends of stripping work in the Tampa area is known to be very lucrative. Keough plays the movie’s best character, sporting a “blaccent” that would probably be offensive if it weren’t completely true to the character.

Also in the cast is actor Jason Mitchell, since sidelined due to both sexual misconduct allegations and a later arrest on drug and weapons charges; his appearance, if nothing else, indicates just how long ago Zola was filmed.

Things go sideways relatively quickly, as devotees of the Twitter thread could tell you. The strip club is the kind where pasties are required, while Zola favors the all-nude style. Eventually, things take a turn into full-on prostitution and eventually violence.

It’s dark stuff, but Bravo mostly keeps the tone breezy. The other key is that she never condescends to the material. The characters, for all the outrageousness, are at least given dignity. And Zola follows a tradition that has emerged of late in which there’s more male nudity than female, even though you’d think differently from the movie’s premise.

When it comes to stripper movies, Zola is a much better film than Hustlers, in large part because it doesn’t try to make any grand statements or claim huffily that its premise is a metaphor for America itself. While the leads here are very good, none of them compare to Jennifer Lopez in Hustlers, but other than that, Zola is the better movie.

The film’s biggest drawback is the way it tries, at times, to make itself look like a TikTok or Instagram video. The soundtrack includes Twitter beeps, presumably references any time the movie covers an event mentioned in the Twitter thread. Occasionally, other noises signify likes, but this is a device that just plain doesn’t work.

But this style does lead into perhaps the movie’s biggest laugh: When it switches briefly to “Stefani”s perspective, as shared years ago on Reddit, and she implies unconvincingly that she was the goody-two-shoes of the affair.