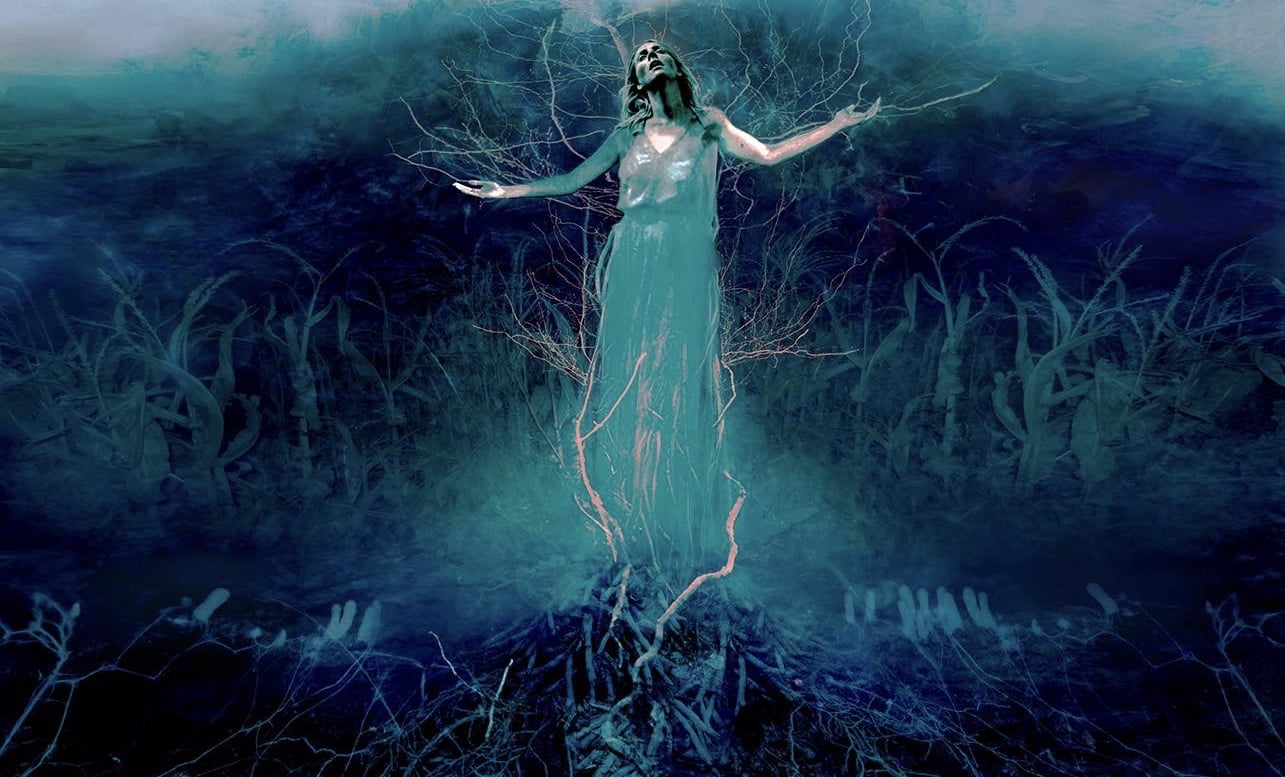 Spiralling further and further into genre territory, John C. Lyons and Dorota Swies have crafted a poignant tale of a small town pushed to desperation. Unearth lovingly captures the rural aesthetic and mines it for all its worth. In doing so, the film’s ensemble maintains a dynamic between characters that makes one decision shake each of their very foundations. Situating itself in the middle of an environmental crisis, Unearth is a timely exploration of the horrors we unknowingly invite into our homes – all in the name of capitalism.

Make no mistake though, Unearth takes its time getting to the meat of its horror. Instead, it’s that sickly feeling that lingers behind every character which escalates until there is nowhere to go but full-on horror. When one family has fallen on hard times and another has all hands on deck to keep their farm profitable, one makes the decision to sell part of their land to a gas and oil company planning to begin fracking in that area. Aided by Eun-ah Lee’s very bleak cinematography, there is an air of desperation permeating in every corner of the film.

As an ensemble, the movie’s story moves between families, never really focusing on one character. The Dolan family has two main players: Kathryn (Adrienne Barbeau) and Christina (Allison McAtee). The two butt heads as Kathryn attempts to keep the farm flourishing and Christina tries to break away from the farm and pursue her passion for photography. Their relationship captures a fundamental truth in Unearth: without support systems and reassurance, it is near-impossible to move beyond the expected and the status quo. Watching Christina try to convince herself that she is going to leave her town and become the photographer she’s always wanted to be is heartbreaking because she has no evidence around her that she’ll ever be able to leave.

The struggle to be successful in a difficult time is no more evident than in the Lomack family. George (Mark Blucas) is desperate for his family to live comfortably, but he realizes there is no immediate way for him to achieve that. He’s currently sitting on a bunch of land that would need time and effort to cultivate anything financially comforting, and he has to take care of Kim (Brooke Sorenson) and her newborn son. When Heather (Rachel McKeon) returns home to try and help George out she realizes the family is very much in trouble. It comes as no real surprise to anyone that George eventually sells part of his land to the oil company that begins fracking in the town and the consequences begin to seep into everyone’s lives.

Unearth is unequivocally effective in its ecological horror.

As the water becomes more harmful to drink and nature begins trying to resist the harmful changes it is experiencing, Unearth finds something rewarding for its willingness to take its time. People begin changing as the side effects start kicking into high gear and each family finds itself on the verge of collapse. There is something to be said about some of the movie’s subplots that provide nuance but never quite feel like they’ve achieved anything substantial in their pursuit. Relationships between characters often have some moment that is meant to be the make-or-break plot point but rarely leave an impact. One of the reveals works because it furthers the theme of being trapped in a way of life, but often the reveals feel contrived.

Even with the subplots lacking the significance that a little extra time might have provided, the movie still lands once it reaches its third act. The special effects come out in full pursuit of capturing a fusion of naturalistic horror. The first time someone looks like Mother Nature is trying to rip out of their flesh is fantastic in every way. A beautifully disturbing mix of blood, dirt, and sweat, Unearth’s final act is paced much faster than the slow burn that preceded it. A necessary conclusion that cements the movie’s moral stance on both the importance of family and preserving nature.

Capturing the microcosm of a rural farming community torn asunder by the greed of one man’s actions, Unearth is unequivocally effective in its ecological horror. There’s a tangible feeling throughout that the idyllic is not easy to attain and is in fact very easy to destroy. Lyons and Swies have crafted a film that distills the anxieties and fears that plague most rural communities and injected it into a timely critique of capitalism’s role in nature. With a cast that keeps everything down to earth, Unearth finds something truly terrifying in the reality of the world today.

Fantasia 2020: Kriya is a Haunting, Critical Look at Tradition