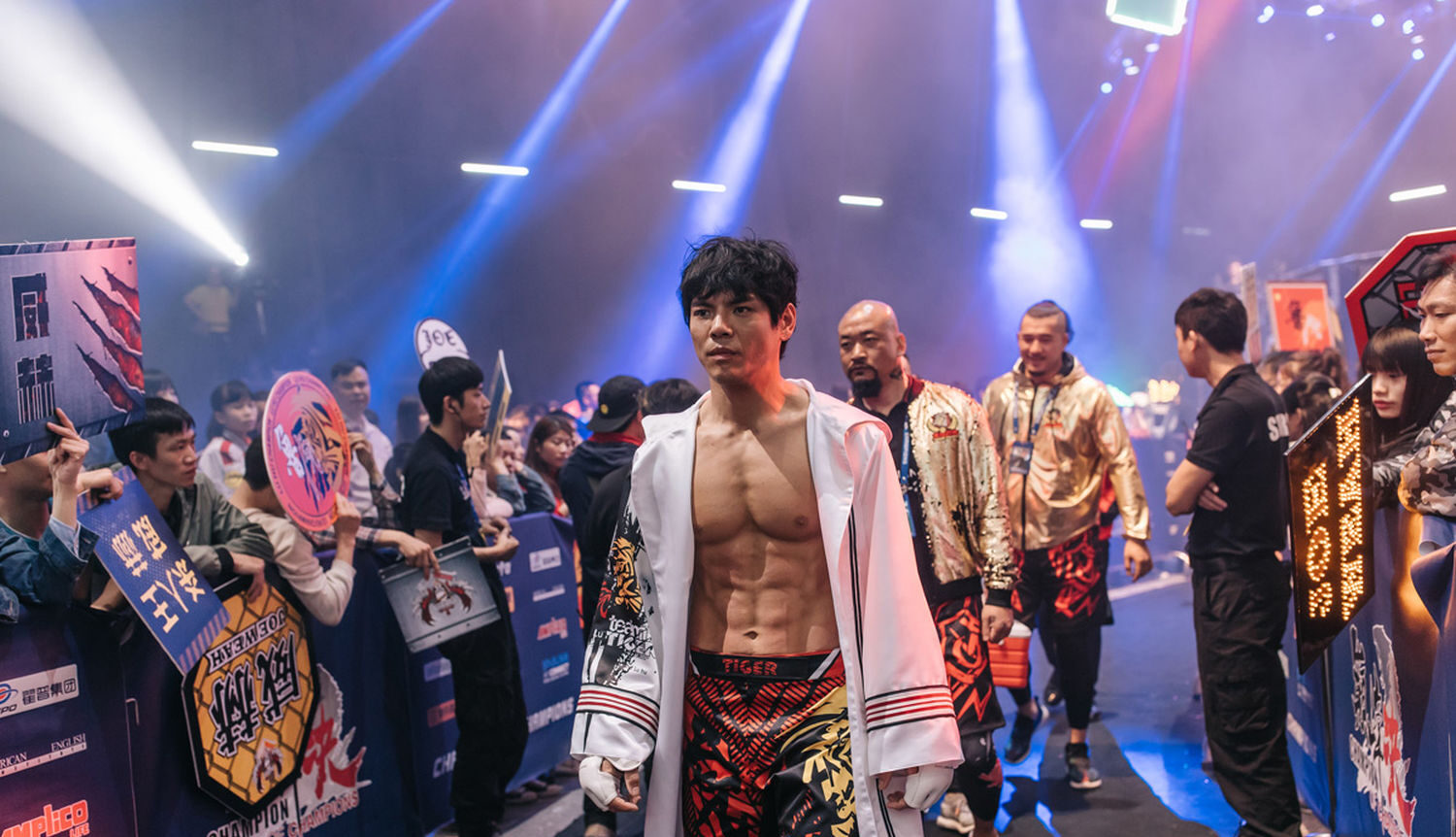 Easily one of the best directors working in Hong Kong cinema today, Johnnie To’s films often tend to be electrifying, complex crime dramas. Repositioning the criminal underbelly of Hong Kong as merely a catalyst for romance to unfold, Chasing Dream is a mish-mash of different genres that all work surprisingly well. To employs his same kinetic filmmaking style to create an off-beat, mesmerizing look at two people with different dreams finding the support they need to achieve them in each other. While a little uneven, Chasing Dream is an earnest look at the importance of support in achieving one’s dreams.

Employing modern sensibilities to the screwball comedies of the 1930s and ‘40s, Chasing Dream centers around Tiger (Jacky Heung) and Cuckoo (Keru Wang) as they try to reach their own personal aspirations. Tiger works as a debt collector for his MMA trainer, Gao (Bin Zi), and makes the bulk of his money in fights. Cuckoo owes money to Gao and so Tiger tries to help her find a way to pay back her debt. While immensely talented at singing and dancing, she’s afraid she has lost her chance at stardom after her ex-boyfriend, megastar Qu Fengfeng (Ma Xiaohui), stole her music and became a pop sensation off of her style.

Tiger has an infectious energy that transfers over to the reluctant Cuckoo in such a way that the two become unstoppable forces. The two prop each other up even at their lowest points, endearingly cheering the other on throughout their journey. While the story plays out much like you’d expect, To makes a conscious effort to address the toxic side effects of Tiger’s belief that the world is his and while brief, it feels much more salient to the story than the minor roadblock in momentum that it initially seems.

Watching Tiger run around every scene with uncapped energy is a lot of fun, if a bit tiring, but Chasing Dream works so well because it has Cuckoo there to bring a different kind of electricity to the film. Cuckoo isn’t just there to cheer Tiger on as he defeats some of the toughest opponents of his career – she’s the heart of the film. Wang’s performance as Cuckoo goes into overdrive whenever she steps on the stage of a local diva competition that she is using to propel herself to stardom and expose Qu Fengfeng’s theft. The singing and dancing from everyone in the competition is great, but the clear favorite is Cuckoo. Wang is forced to move between different styles of singing as Cuckoo proves her worth and merit in a ferociously competitive environment.

The diva competition and the MMA fights are where Cheng Siu-keung’s cinematography shines brightest, including a musical number where colors pop off the screen as the camera skillfully maneuvers through an extravagant song-and-dance number. The fights are brutal as Tiger takes some of the hardest hits of his career while also doling out exciting, flashy moves that explode with charisma. Juxtaposed against the more graceful and touching performances from Cuckoo, the cinematography is always dazzling.

That stylish nature is inherently a To trademark, and one that is captured fully in the editing room. Chasing Dream moves with the same frenetic pace of many of the director’s previous films, and he often reuses crew members to ensure those thrills are retained. In this film, unlike many of his more complex stories, there’s joy in how everything is presented. Every scene isn’t snappy because it’s stylish to do so; it’s stylish because its story is energetic. By maintaining the same assured, frantic pace, even the duller story beats in Chasing Dream can’t dampen the mood of the film.

Johnnie To fans can always rely on him to provide fantastic entertainment and detailed characters. In that respect, Chasing Dream meets expectations and is shockingly more joyous than To films generally are. The songs in the movie are catchy, the pacing is energized, and the whole film maintains the stylishness that many demand from the auteur. Your mileage may vary if you’re only in it for the crime dramas in To’s filmography as this has the criminal underworld as a stepping stone into a more vibrant, romantic plot. Chasing Dream may not sing to everyone’s tune, but if you’re willing to give it a chance, it is an endearing film with plenty of heart.

30 years later: Pump Up the Volume is a Significantly Dated Gen X Touchstone