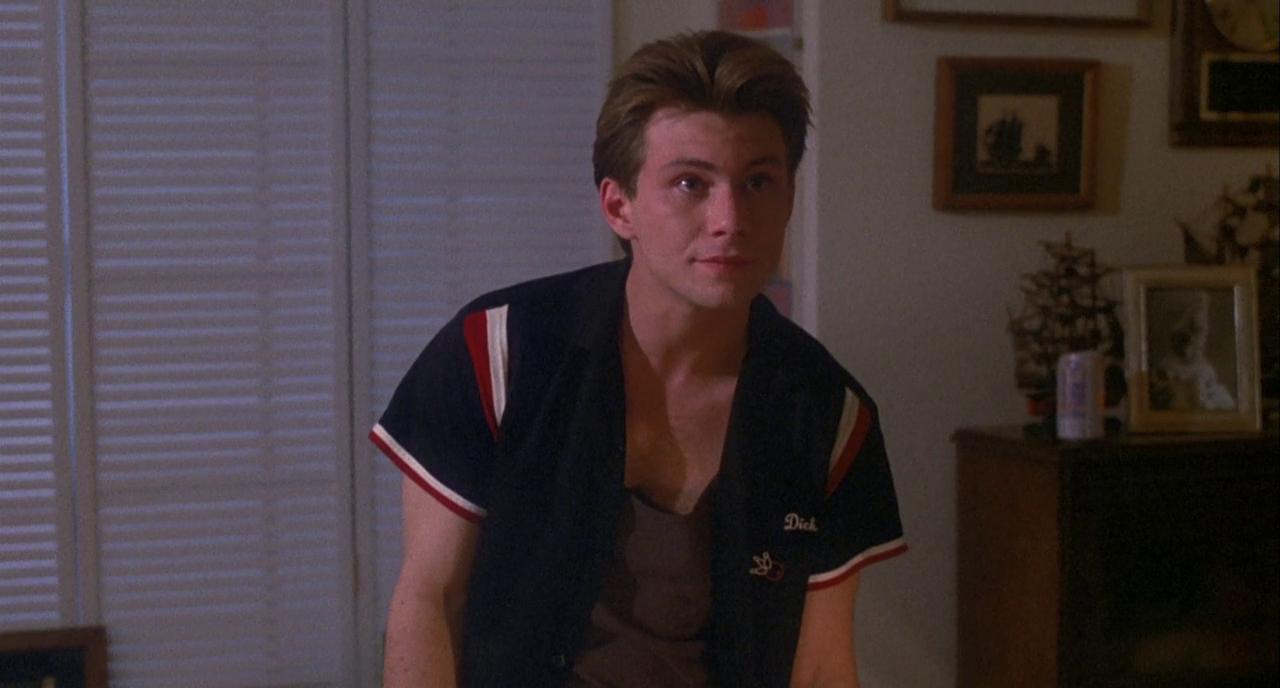 Pump Up the Volume, which came out 30 years this week in August of 1990, was the story of a shy teenager (Christian Slater), recently arrived in a suburb of Phoenix, who moonlights as a pirate radio host called Hard Harry (or “Happy Harry Hard-On.”)

Harry’s nightly monologues, which rail against the hypocrisies and evil of the school, the town and society at large, soon becomes a sensation among the school’s students, none of whom have any idea that they’re listening to their low-key classmate. But he soon becomes a target of the school administrators and even the FCC (Like Dead Poets Society the year before, the plot of Pump Up the Volume involves the hero being unfairly blamed for a student’s suicide.) Those school bigwigs, meanwhile, are engaging in their own corrupt conspiracy to kick out underperforming students in order to improve average test stores.

When I first saw Pump Up the Volume in high school, I thought it profound, and possibly even inspiring. But watching the movie again now, it’s striking just how empty its message is, and how Hard Harry’s endless monologues are using a great many words to say just about nothing at all. It’s just vague puffery about this world is corrupt and you should stand up for yourself while holding forth on such low-hanging fruit as politicians and suburban conformity. He starts out offering Howard Stern-like horny commentary but mostly drops that before long, but overall, there’s no real political coherence to anything he says.

Pump Up the Volume hadn’t stood the test of time.

It’s a very Gen X message, later echoed in stuff like Ethan Hawke’s similar character in Reality Bites, and Fiona Apple’s “this world is bullshit” awards speech. But there’s some Alex Jones to it as well. And that’s before we consider the cliche about  “ranting in his parents’ basement,” which is what Mark is literally doing, If Hard Harry were around today, he’d probably have a YouTube channel, consisting of him ranting into a GoPro camera from the front seat of his car.

There are certain things in the plot that don’t really add up. You’d think Mark’s parents would more quickly notice that their son was broadcasting for hours nightly, from a room in their home, with not-exactly-nimble equipment from circa 1990. The high school administrators’ evil scheme to expel every underperforming student would probably also fall apart relatively quickly too. It’s not clear why a high school in Arizona would be named after Hubert H. Humphrey, who was from Minnesota, and it’s glaringly obvious that the film wasn’t really shot in Arizona (it was California.)

Pump Up the Volume was directed by Allan Moyle, who went on to make another key ’90s movie, Empire Records. The film wasn’t much of a box office hit but became a minor cult phenomenon among young Gen-Xers, throughout the early ’90s. However, the film didn’t really keep a place in the cultural zeitgeist as the years passed. It’s rarely on television, and it’s not streaming anywhere, not even for VOD rental. In order to rewatch it in order to write this piece, I had to rent it the old-fashioned way- by putting it in my Netflix-disc-by-mail queue. There was a brief attempt, earlier this year, at a musical adaptation, but that was scuttled by the coronavirus pandemic.

The year before, Christian Slater starred in Heathers, a high school movie that’s very much stood the test of time. Pump Up the Volume, sadly, hasn’t so much.