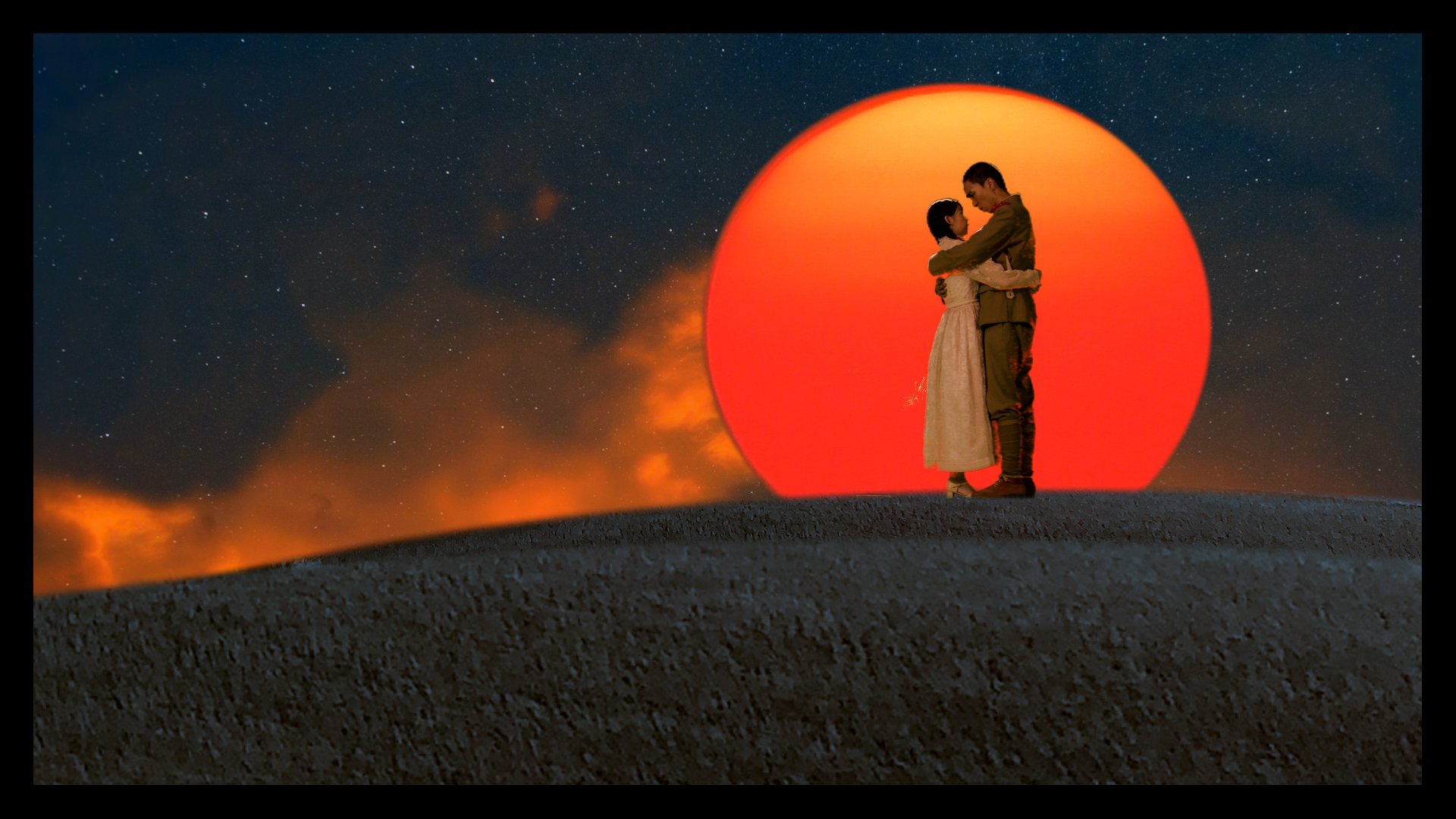 The revered Japanese filmmaker Nobuhiko Obayashi died in April of this year, after directing dozens of features and plenty of shorts. When it comes to Obayashi’s works, there are three kinds of people: those who’ve tracked down multiple movies via less than legal means, those who only know him through his bizarre 1977 horror film House, and those who don’t know his work at all. The latter two groups make up the vast majority, as all his films except House have been unavailable in the United States. House’s availability in the Criterion Collection has led viewers to associate Obayashi with surreal horror, but that’s merely one facet of his output. Repeatedly, he turned to anti-war themes, and they consume his final work, Labyrinth of Cinema. At three hours long, it’s almost certain to test the patience of even committed fans. But there’s moving hope for a better future and an inescapable sense of loss suffusing parts of the film that make it difficult to look away from.

In a situation that will be familiar to too many cinephiles, the story begins as a repertory theater is about to end its decades-long run in Onomichi, Obayashi’s hometown. The final program will be an all-night marathon of Japanese war films. The theater’s last night draws a packed house of older people who attended in its heyday, plus families and even some devoted younger viewers. Among the younger crowd are three men, Mario (Takuro Atsuki), Shigeru (Yoshihiko Hosoda), and Hosuke (Takahito Hosoyamada). Mario’s the cinephile, while Shigeru is a monk’s son and a Yakuza wannabe, and Hosuke is the history buff who thinks he can learn about Japan’s past through its war movies. Being an Obayashi film, there’s also a narrator who rides a spaceship filled with giant koi who decides to catch the last program.

The three men are instantly absorbed into the program, which begins with a Hollywood-style musical from decades ago, before transitioning into the war movies. But through some turn that Obayashi doesn’t bother to explain, the three young men find themselves inside the movies and taking part in some of the major conflicts that have animated Japanese society for the past 400 years. They take detours to the 17th Century amid the shogunate and through civil wars, but most of their journey is spent in Japan and China during the Second World War. As the try to dodge the bullets, which are all too real, they become obsessed with three women they saw in the opening musical who seem to have been transported along with them.

Labyrinth of Cinema is divided neatly into two equal halves, and the first half, especially the first hour, is animated by the same gonzo techniques that will be familiar to House fans. The film is mostly done with obvious (and sometimes terrible) green screen effects. Obayashi seems to be influenced by Bertolt Brecht, and not just the anti-war sentiments, but he constantly strives to prevent viewers from suspending their disbelief. It’s impossible to forget that you’re watching a movie with Labyrinth of Cinema, and that’s the point. When he focuses on the tragedies Japan’s military history has left in its wake, he doesn’t want audiences to be swept away in the emotions.

The first half of the film, in which Obayashi’s green screen effects and hyperactive editing are oppressive, is a challenge to get through, and the first time I watched the film it soured my connection to the second half. But I chose to give Labyrinth of Cinema a second try, and it was revelatory. Knowing that things would settle down a bit in the second half made it easier to relax and enjoy the whimsy of his visual style. In the second half, his tone becomes more elegiac, and the three men are confronted with the lives cut short by Japan’s quest for domination in WWII. The film culminates in the transported men’s rush to save the three actresses and their acting company from certain death, as they’re planning on putting on a play in Hiroshima on August 6, 1945.

Obayashi has been preoccupied with the atomic bombings of Hiroshima and Nagasaki in other films, and even House has some sly references to the tragedies, but the emotional heft isn’t diminished at all. There’s a hint of optimism that arises at the conclusion when his narrator says that movies can change the world. Films aren’t the best or most effective way to solve the problems of society, but they are a way to lay out a vision for a brighter future and to visualize ways in which we can evolve. Movies can’t do the heavy lifting, but they can point toward new options. There won’t be any more major statements from Obayashi, but with Labyrinth of Cinema, he’s made an effective case for the pacifism that animated his art for so many years.

Fantasia 2020: Texas Trip – A Carnival of Ghosts Explores the Fringes of Culture

30 years later: Pump Up the Volume is a Significantly Dated Gen X Touchstone