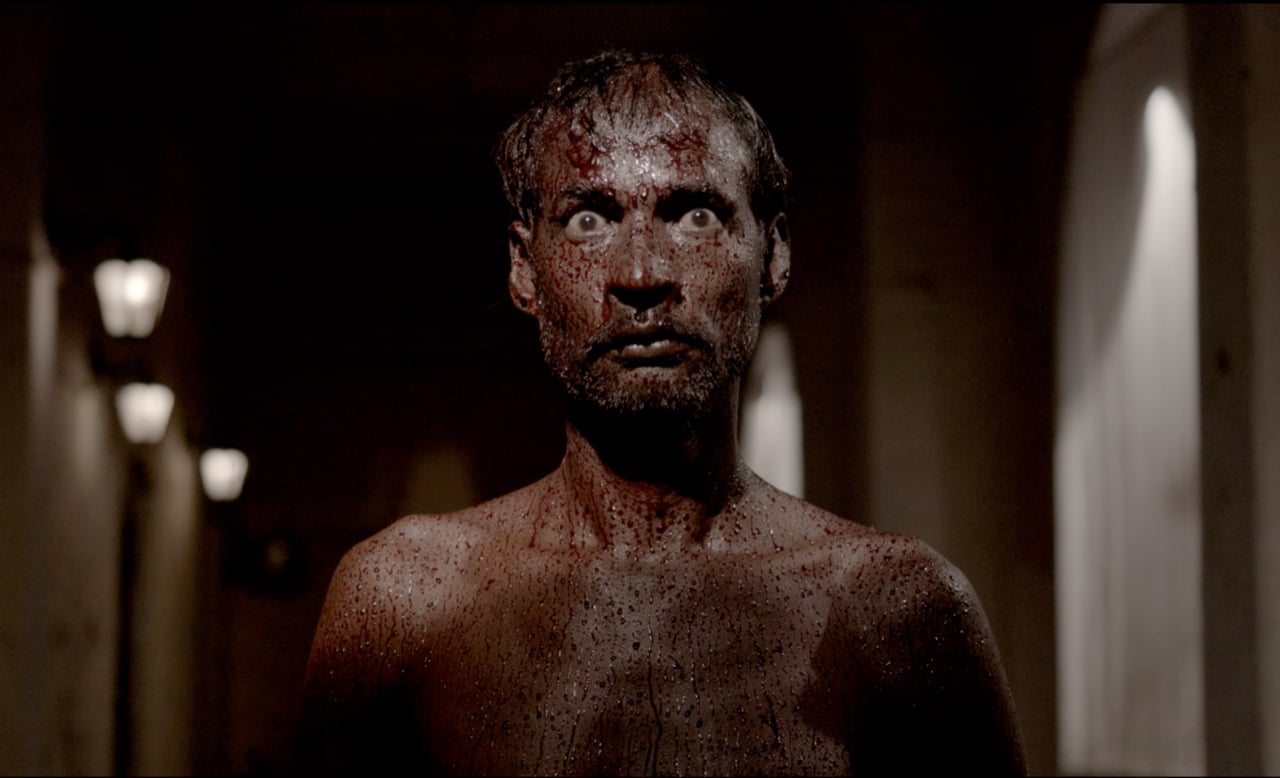 One of the most fascinating elements of folk horror is its use of customs and traditions as the basis for terror. Knowing that something scary is rooted in tradition makes it all the more frightening because it means it’s not the first time it has happened. Sidharth Srinivasan’s Kriya digs deeper into the idea of tradition as horror, confronting customs in a much more abrasive way than his 2010 film, Soul of Sand. Where the latter saw traditions being juxtaposed against modern ideals, Kriya tells the story of someone coerced to partake in a living nightmare. Chilling and haunting, Srinivasan’s latest film is a stunning mood piece that demands looking past some shortcomings to find the dark truth inside.

Taking place over the span of one night, Kriya follows a young DJ named Neel (Noble Luke) as he stumbles into a nightmare of rituals, curses, and death. Seduced by Sitara (Navjot Randhawa), Neel is taken to her home with only the promise of sex. Yet upon arrival, he soon discovers that Sitara’s father is on his deathbed and the whole family is mourning. The most interesting facet of Kriya is watching the customs and rituals that take place when someone passes. How the body is prepared for cremation; what role every family member can take in the process; how important customs are even in death; all of which is handled by the immediate family, making Neel’s presence in the film one of interest. His role as voyeur ends up analogous to those watching the film with little understanding of Hindu customs.

Depicting the funeral process in a very methodical manner, Srinivasan captures a very mournful tone but slowly lets dread and fear creep in as Neel gathers more information on the family and their relationship. He also wrestles with his own past relationship with his father, manifested in voices and a constant anxiousness of him approaching. While other characters are generally calm and collected, Neel is in a much more fragile state that opens him to hallucinations and panic amplified by the close proximity of death.

Sidharth Srinivasan’s Kriya is a methodically-plotted nightmare that takes aim at Hindu customs under the lens of horror.

Soul of Sand was an interesting film about how traditions can put a stranglehold on happiness. It had the director taking aim at regressive customs in India. Most potent was the debilitating look at how women are treated within those practices. Kriya is no exception as it places a heavy focus on the women of the film: Sitara, her mother (played by Avantika Akerkar), and her sister, Sara (Kanak Bhardwaj). Other than these actresses all doing fantastic work within the confines of the film, they’re also playing strong characters. Sitara and her mother are particularly enrapturing as they butt heads and become one of the more enticing relationships in the movie. As with Soul of Sand, the women are the best part of the movie because they bring so much more flavor to it than Neel – the passive DJ who just showed up for sex. The only other prominent male role in the movie is Sudhanva Deshpande as Panditji and it’s a thankless role as the one overseeing the funeral process.

Kriya feels reminiscent of 2016’s A Dark Song in its depiction of the ritual process. There’s always that feeling that something is off about it all, but because everything is rooted in tradition and has a clear outline on how it works, it still seems safe. Everyone knows their role and they have Panditji keeping things moving at a regular pace. The film’s dream-like visuals and constantly unnerving score (composed by Ben Wheatley-regular, Jim Williams) exacerbates that feeling of disquietude. As Neel slowly uncovers what’s happening and the movie eventually breaks open into a waking nightmare, it’s the meticulously planned out nature of everything that draws in more terror than the ambiance surrounding it.

The minor quibbles with the film ultimately all stem from its main character, Neel. His only defining characteristics for the bulk of the movie is that he came to Sitara’s home for sex. For a while, it’s hard to understand why he’s still there the moment that he realizes what’s going on. As the movie continues it is apparent that he is wrestling with his own demons and that there is something in being there that is therapeutic. Strangely, the movie doesn’t double down on that until it’s ready to really get going. Instead, it uses that inner turmoil for moments of horror that break up the scenes centered around the more formal funeral process. As mentioned, the traditions are the more interesting and suspenseful elements of the film. Where Neel’s story goes is also compelling, but it’s neutered by not giving it more nuance earlier.

Even with Neel holding the film back from its striking composition, Kriya is a tremendous achievement and is evocative of any good ritual horror film. Using Hindu culture as a jumping-off point, Srinivasan utilizes horror as a means of critique. It’s the type of concept that could easily have been exploited for cheap thrills but is handled with a deftness and care that makes the horror more rewarding. Kriya is a slow burn that, upon reaching its final act, razes the entire foundations of itself with anger and disdain.

Tenet Lands Not With a Bang but a Whimper