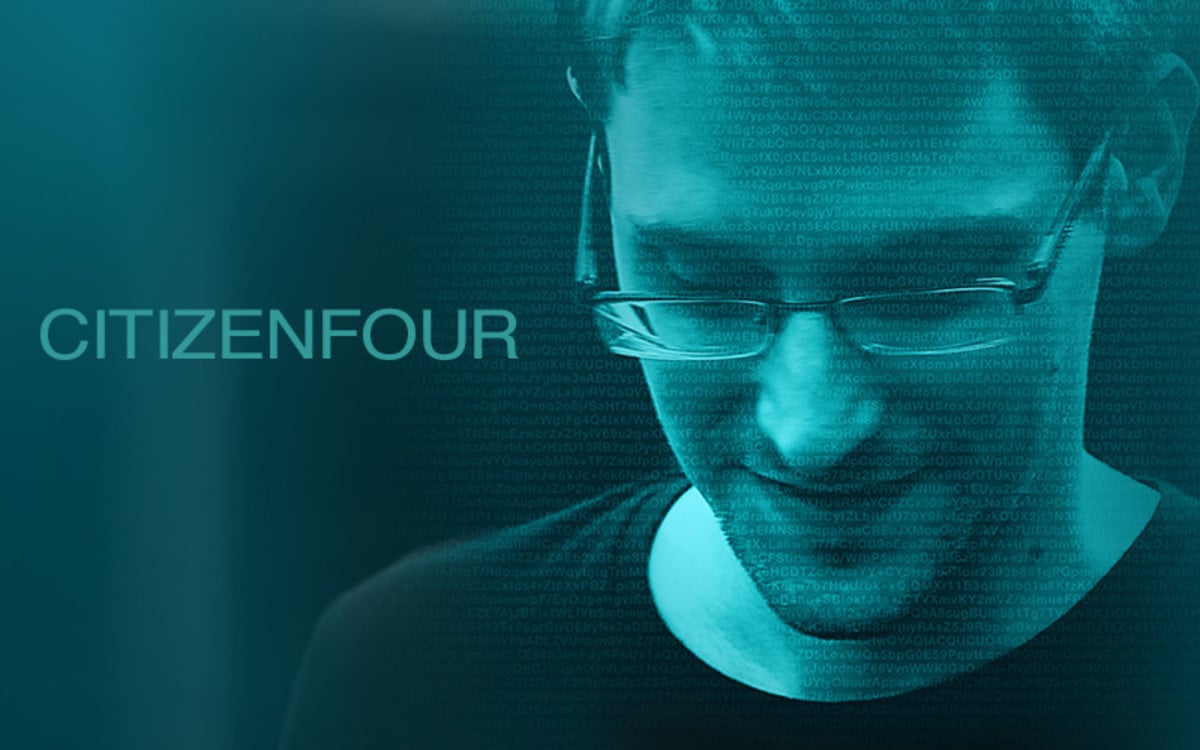 Citizenfour Seethes with Paranoia and Anger

Citizenfour functions not only as a great primer on the Edward Snowden NSA case, but also as a straight espionage-thriller.  While at times self-aggrandizing and frustratingly vague, Laura Poitras’ documentary is never less than fascinating, frightening and infuriating.  This is a must-see for political wonks and average citizens, alike.

When documentarian, Laura Poitras, started receiving emails back in 2013 from an NSA insider calling himself “CITIZENFOUR,” her journalistic Spidey-senses must have started tingling.  A few months later, after spending eight eventful days in Hong Kong with 29-year-old Edward Snowden, she was at the epicenter of arguably the biggest intelligence scandal in United States history.  Galvanized by the events of September 11th, 2001, government agencies from around the world, most notably the National Security Agency (NSA), coordinated with private telecommunication companies to stockpile huge reserves of personal data.  Snowden, backed by literally millions of digital and paper documents, alleged that the government was spying on the general citizenry, not just “people of interest,” and that this surveillance extended to nearly every area of people’s lives.

Even for a seasoned professional like Guardian reporter, Glenn Greenwald, these were serious allegations.  As the revelations unfold, the tension and paranoia mount for Snowden and his confessors.  Snowden knows that exposing duplicity at the highest levels of government means his life is going to change, and it won’t be for the better.  He stares out his hotel window, scanning the horizon for invisible enemies.  Looking over his shoulder was the price of enlightening the world, and Snowden was willing to pay it.

It’s rare that a documentary is released while the fire it lit is still burning.  In fact, the raw immediacy of Citizenfour is its primary appeal.  Snowden’s leaks, and eventual unmasking, occurred barely a year ago, with Poitras capturing every second of the action.  Thanks to the prevalence of digital recording, the prism of time have shrunk from years and months to days and minutes.  Nobody understands this principle better than Snowden, who speaks ominously of real-time images delivered from drones directly to computer screens around the globe.  Just who controls this information and how they decide to use it is what finally pushed him out of the shadows and into the spotlight.

There’s more globetrotting in Citizenfour than a James Bond adventure.  We zip from Belgium to Hong Kong, with stops in Germany and Brazil for good measure.  Poitras reveals the story on multiple fronts, delivering the information in easily digested chunks.  We want her to go deeper, but that isn’t her objective.  This is merely the entry point to a larger story that will continue to evolve over time.  A story that is bigger than Snowden, or Greenwald, or even the NSA.  A story about the threat posed to a democracy when the government spies on its own citizens.

Bias is woven into the fabric of this film; it is quite clear from the outset how the filmmakers feel about Snowden and the information he has revealed.  There is a degree of self-congratulations, of course, but this is secondary to the journalistic fervor and a refreshing jolt of anarchy.  An overwhelming fear of the unknown permeates everything we see and hear.  There is more tension in the opening narration of Citizenfour than the entirety of most horror films.  For everyone involved, there is truly no turning back, and Poitras captures that terrifying exhilaration perfectly.

Regardless of how you feel about Snowden’s deeds, it’s impossible to not hyper-analyze Snowden, the man.  Poitras steadfastly refuses to give us a personal insight into his character, making us, instead, glean all we can from his behavior.  We gather he is a precise individual, consumed, perhaps, by detail and protocol.  He sits beneath a blanket to enter passwords on his laptop and refuses to correspond via email unless the encryption device meets with his approval.  As he poses in front of the mirror, fussing with his uncooperative hair, we wonder if he’s just a vain, self-absorbed boy looking for attention.  When he talks, he speaks precisely and with authority, yet he often appears disheveled and lazy.  He’s a puzzle left open to interpretation, and your perception will likely be shaped by your own opinions about his actions.

Much like a Marvel movie or a comic book franchise, Citizenfour feels like the origin story for something much larger to come.  We know the main characters now—Snowden, Greenwald, the NSA—what remains to be seen are the continued ramifications for their actions.  Will new heroes and villains emerge?  Is there a secret lair hidden on some remote outpost of the globe?  What makes this such a riveting and essential documentary is the realization that this isn’t spy fiction… this is real.  Citizenfour hammers home a sobering truth about the technology we all love; it makes our movements extremely easy to track and anticipate.  The pros and cons of living in a digital world with maximum “linkability” need to be discussed, and films like this will lead the way.  Educational, exciting and essential viewing.

Moonfall Doesn’t Take Itself Seriously Because it isn’t Serious