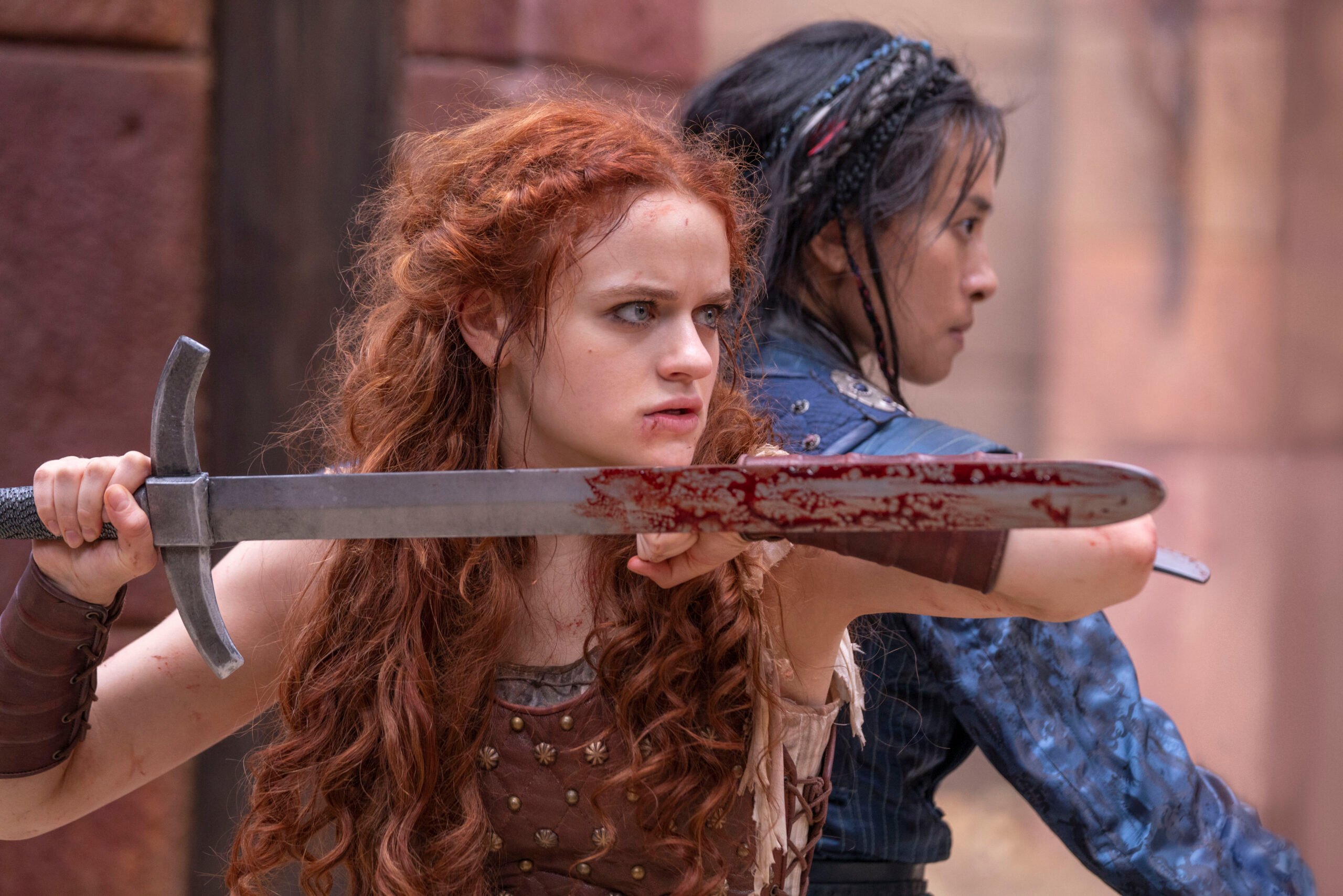 Through its medieval setting and subversive take on fairytale tropes, The Princess surprisingly overcomes many of its slight blemishes through sheer brute force. An action film that sees a Princess breaking free from captivity, Le-Van Kiet continues to be an action director to keep an eye on while also providing lead actress Joey King with a formidable role that is both emotional and enthralling. While it plays it relatively safe narratively, The Princess is always looking for fresh ideas within its fights and comes out on top thanks to King’s performance and well-executed setpieces.

Waking up with her hands chained together at the top of her family’s castle tower, The Princess (Joey King) finds herself in a fight for her life. Quickly realizing that her imprisonment is intended to end with her marrying Julius (Dominic Cooper) in his quest to overtake the throne, she is forced to race to the bottom of the tower and save her family from certain death. What Julius and the unlucky soldiers following his lead aren’t aware of though is that The Princess has been training in secret with Linh (Veronica Ngo) and is more than capable of foiling Julius’s plans.

The story isn’t the most riveting, nor is its villain in Julius, but The Princess is hardly about the broad strokes of a plot it employs. More focused on its showcase of action from Furie director Le-Van Kiet, there’s more than enough propulsive momentum from its setpieces that why The Princess is fighting often takes a backseat to well-choreographed, inventive beatdowns. While it may boil down to a medieval take on The Raid as The Princess plows through floor after floor of the enemy working her way down the tower, it’s also got just enough subversiveness in its framing that it never feels like a ripoff.

Strengthening the film’s presence is King, who embodies a character who has trained against her Father’s will to be a warrior but not once had to apply her skills in real life until now. It’s a tremendous performance of fear and strength, confidently cutting through enemies but allowing even a single cut to throw her off. It’s a character forced to prove herself while also trying to save her and her family’s life with very little aid.

However, right from the beginning, it is clear that The Princess needs little help. A more-than-capable fighter who winds up extremely resourceful, each fight scene feels tense and immersive. It’s the way each fight feels embedded in its environment and setting that provides an inventive sequence of brawls. Where it’s a hulking figure with sharp horns on his helmet, or the restrictiveness of having your hands cuffed together, The Princess always feels centered around a single prop or concept for each of its fights.

The crowning jewel of weaponry though goes to Moira (Olga Kurylenko) and her whip that is reminiscent of Scorpion from Mortal Kombat’s weapon. While her character doesn’t quite feel fully fleshed out (a frequent problem with The Princess as it again, often paints in broad strokes), Kurylenko deploys that whip with intensity and coldness that gives it an extra impact. Combined with the fact that it has a blade on the end of it capable of ripping out throats and tearing flesh, Moira feels like the real villain compared to the cowardly and vindictive Julius.

If The Princess needed to run through the motions in order to provide the action it does, then it’s a worthwhile sacrifice. While no one other than The Princess herself feels fully realized, King carries the movie with a charismatic and empathetic performance. The action is exciting and watching King throw herself into each fight leaves the pacing of the film feeling brisk and frequently invigorating. Le-Van Kiet continues to prove himself as another incredibly talented action director who just needs the right screenplay to really let loose while still providing a fascinating enough narrative. While The Princess may not deliver on all fronts, it kicks ass where it matters.

Throne of Blood Remains the Pinnacle of Theatrical Transposition