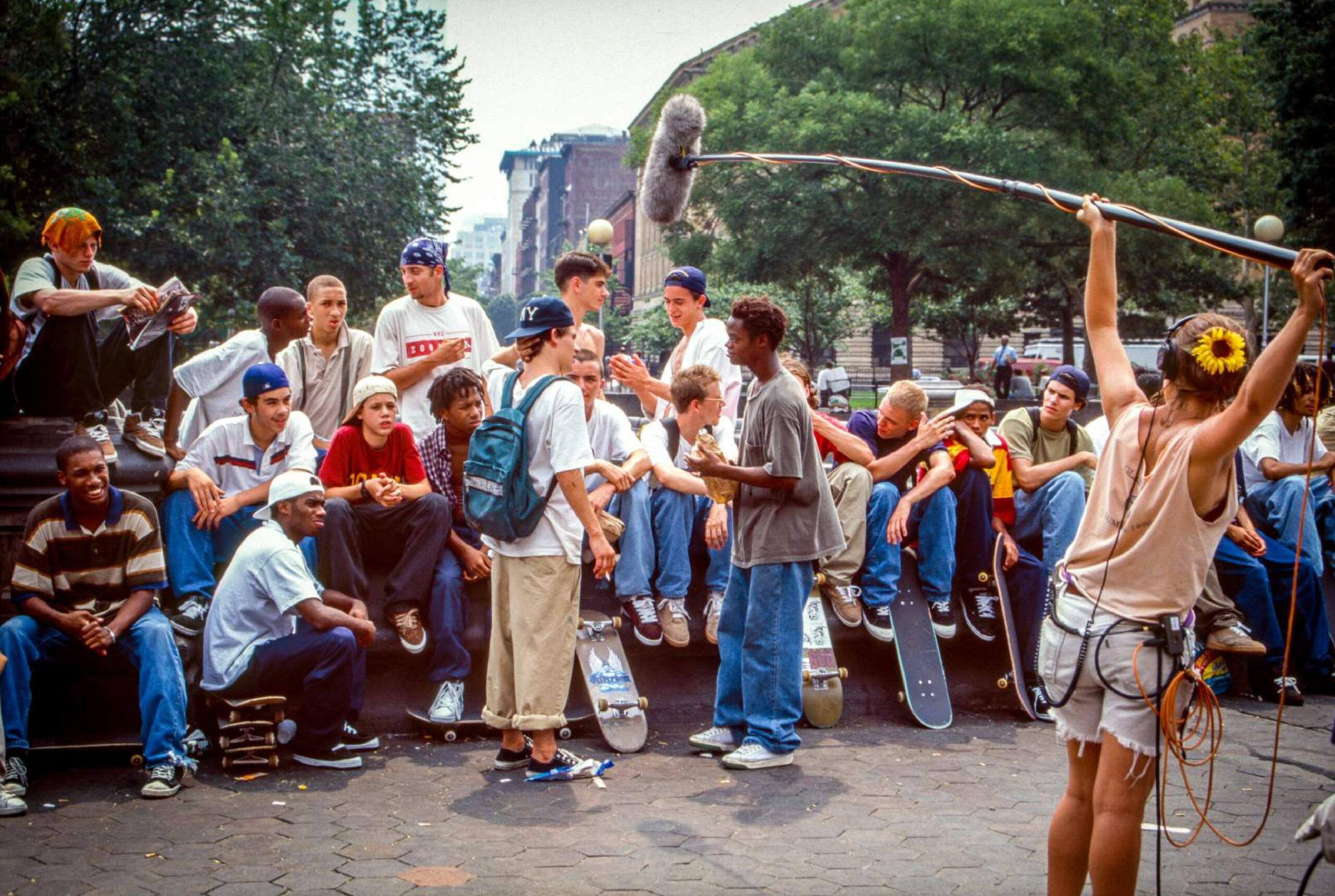 Kids, released in 1995, was a mid-’90s indie film that was shocking for the time. But really it was part of an escalating series of similar controversies, dating back as far as 1950s rock ‘n’ roll and as recently as HBO’s Euphoria, and Lil’ Nas X “Montero” video.

It was a very controversial film, which featured drug and sex behavior, done by kids depicted as much younger than what is typically the case for such films. Directed by Larry Clark and written by Harmony Korine, Kids fit perfectly well into the outlaw indie cinema movement of the mid-1990s. There was a lot of shadiness in the making of Kids, and not only because it was a Weinstein production (though Harvey and Bob offloaded its release to an independent company to keep it from Miramax.

Set over the course of a single day, and shot in such a way that some mistook for a documentary, Kids depicted a group of young teenagers in New York City, skateboarding, drinking, and smoking weed. The film culminates in an act of nonconsensual sex, in which one participant is established as having HIV, which was pretty horrifying in 1995, but is even more so by today’s standards.

Now, there’s a documentary called The Kids, which depicts the surviving cast members from the film, and looks back on their experience of having made it. This disturbing but illuminating film raises the question of whether Larry Clark’s film was exploitative of its young cast members, but it’s not like those questions weren’t raised back then, too.

Kids was filmed in 1994 and came about when Korine spent time with kids who skateboarded downtown in Manhattan, and Clark cast many of them to, essentially, play themselves.

“We all knew Larry was sketchy,” one actress who appeared in the film says in the documentary. We learned that Clark paid the participants little money, gave the youngsters drugs, and actors who look like young kids are shown shirtless or in other states of undress.

The main talking head in the documentary, and also a credited co-writer, is Hamilton Harris, a Kids actor who’s very self-aware about the film, his role in it, and what the experience of appearing in Kids meant to his life.

There have also been hints that Clark, who before making movies was a famous photographer, was up to no good. Critic David Edelstein said of a subsequent Clark film, Bully, that it was “the first time since Natural Born Killers that I wanted a filmmaker jailed.” Armond White, reviewing the same film in New York Press, accused Clark of “[presenting] the frustrations of adolescent sexual confusion and timidity with a pedophile’s drool.”

The film doesn’t come right out and accuse the filmmakers of actual crimes, but they certainly imply that they were guilty of appallingly unethical behavior. Even so, the ethical standards of today would not allow for the sort of things that went on on the set of Kids to take place with movies being made now.

The film launched a couple of big careers, those of Chloe Sevigny and Rosario Dawson — who did not participate in the documentary and are barely mentioned at all — but not so great things happened to others in the cast, with at least two cast members of the film no longer with us.

The cast members, especially the late Justin Pierce, also figured in Kid 90, the recent documentary by Punky Brewster actress Soleil Moon Frye, featuring home movies of her teenage adventures in Hollywood. Pierce died of suicide, having hanged himself in a Las Vegas hotel room in 2000; Harold Hunter, another actor from the film, later died of drug-related causes in 2006.

Neither Clark nor Korine participated in the documentary, nor did Sevigny or Dawson. While Clark, who is now 78 years old, is pretty much out of the business, Korine remains a big name, having earned acclaim in recent years for his films Spring Breakers and The Beach Bum.

This revisiting of Kids does recall a very different New York, with 1995 falling in the early Giuliani era, but still at a time when popular culture depicted New York City as dirty, decadent, and depraved.

The New York Post recently ran with the screaming headline “Washington Square Park ‘drug den’ Horrifies Greenwich Village Neighbors,” which especially made me laugh since Kids showed the characters doing drugs in that very park, and I’ve associated that NYU-adjacent NYU club with drugs for as long as I’ve known it has existed, especially when I lived in the city myself about a decade later.

It’s interesting to compare this documentary to Alright, Alright, Alright: The Oral History of Richard Linklater’s Dazed and Confused, Melissa Maerz’s recent, wonderful book about the making of that 1993 film. That was the story of another movie, made a couple of years before Kids, in which the bulk of the cast consisted of teenagers, also shown doing drugs on screen. And like in Kids, some of whom went on to major fame in the subsequent years.

The difference was, while not every actor had a great experience on the set of Dazed, there’s no hit of exploitation by Linklater or any of the other filmmakers acting untoward towards the cast members.

Like so many other films of the past, it has been declared of Kids that “that movie could never be made today.” In this case, at least I hope, that’s undoubtedly true. But The Kids provides an illuminating look back at that shockingly controversial film.

Roadrunner: A Film About Anthony Bourdain— Enjoyable but Imperfect