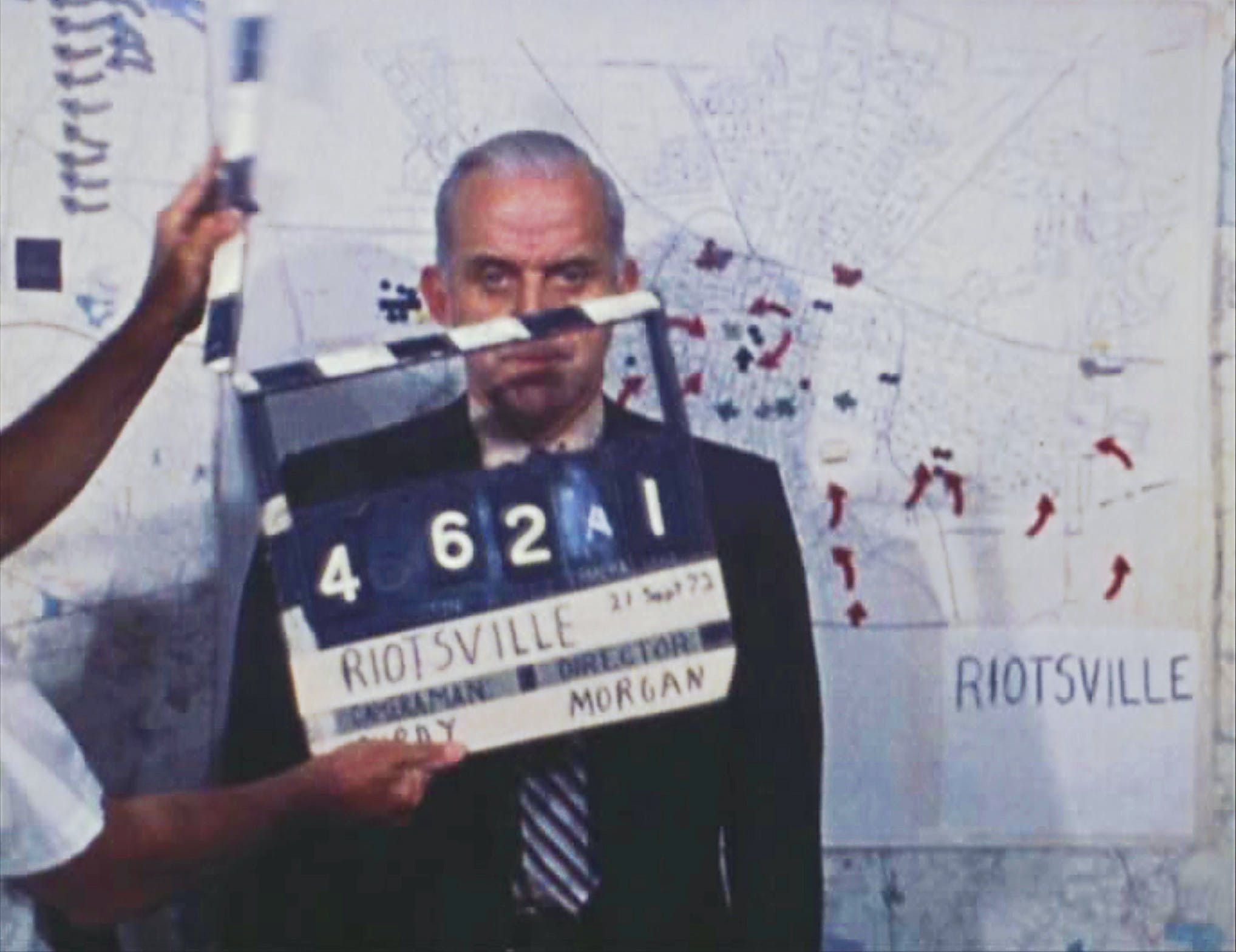 In 2008, Rick Perlstein published the book Nixonland, about the late 1960s, conflict, riots, and anti-civil rights backlash. If you’ve read that book since 2015, you’ll notice reminders of the Trump era on about every one of its 600-some pages.

I thought a lot about Nixonland when I watched Riotsville USA, an astonishing documentary from filmmaker Sierra Pettengill (The Reagan Show), an archival researcher-turned-director.  It’s a doc that follows events from the 1967-1970 period, the period that’s been very well-documented, by nonfiction films and other media. But Riotsville USA looks at some of the lesser-known events from the period- and just like Nixonland, a lot of things happen that are reflected in the headlines of today.

The film is assembled almost entirely from archival footage, some of it from TV news and talk shows at the time, and much of it from government archives. Following the 1967 riots in several cities, Riotsville USA looks at the government response which involves the creation of “Riotsvilles,” mock towns on military bases where police could be trained in urban riot scenarios.

This all happened before my time. But I’ve read a lot of books about this period, and even took a course in college called “The ’60s.” I had never heard of the Riotsvilles, nor had I ever seen footage of them, which this film shows us.

This is all illuminating, although it’s not all the film shows us. Most films about this period concentrate on the riots in Chicago during the Democratic convention in 1968. Riotsville USA touches on that but devotes a lot more time to a blow-by-blow of a conflagration that took place in the Liberty City area of Miami during the Republican convention in 1968.

The footage is offered with sparse narration, from actress Charlene Modeste, along with a first-rate, minimalist score by musician Jace Clayton. Riotsville USA very much resembles Bill Morrison’s brilliant archival documentary Dawson City: Frozen Time from 2016, and that extends to Clayton’s score, which resembles Alex Somers’ in Dawson City.

The news and focus group footage is also well-chosen. Focus groups, it appears, were much smarter back then, although news debate shows were about the same.

It’s very clear to anyone watching this that a lot of things that happened back then are echoed today. As the last few years have taught us, the government hasn’t gotten much better either at dealing with urban riots or heading off the circumstances that lead to them. But the film is wisely subtle about this, giving its audience enough credit to connect the dots themselves.

For decades, the late ’60s have been central to the cultural imagination, with the boomer interpretation of the politics, the history, and especially the music of the era remaining central for much longer than they probably should have been. Sierra Pettengill, the director, appears to be a  couple of generations younger than boomers, and with Riotsville USA, she’s given us something we weren’t expecting- a new, and illuminating look at that much-documented time, and the many ways it’s still echoed today.