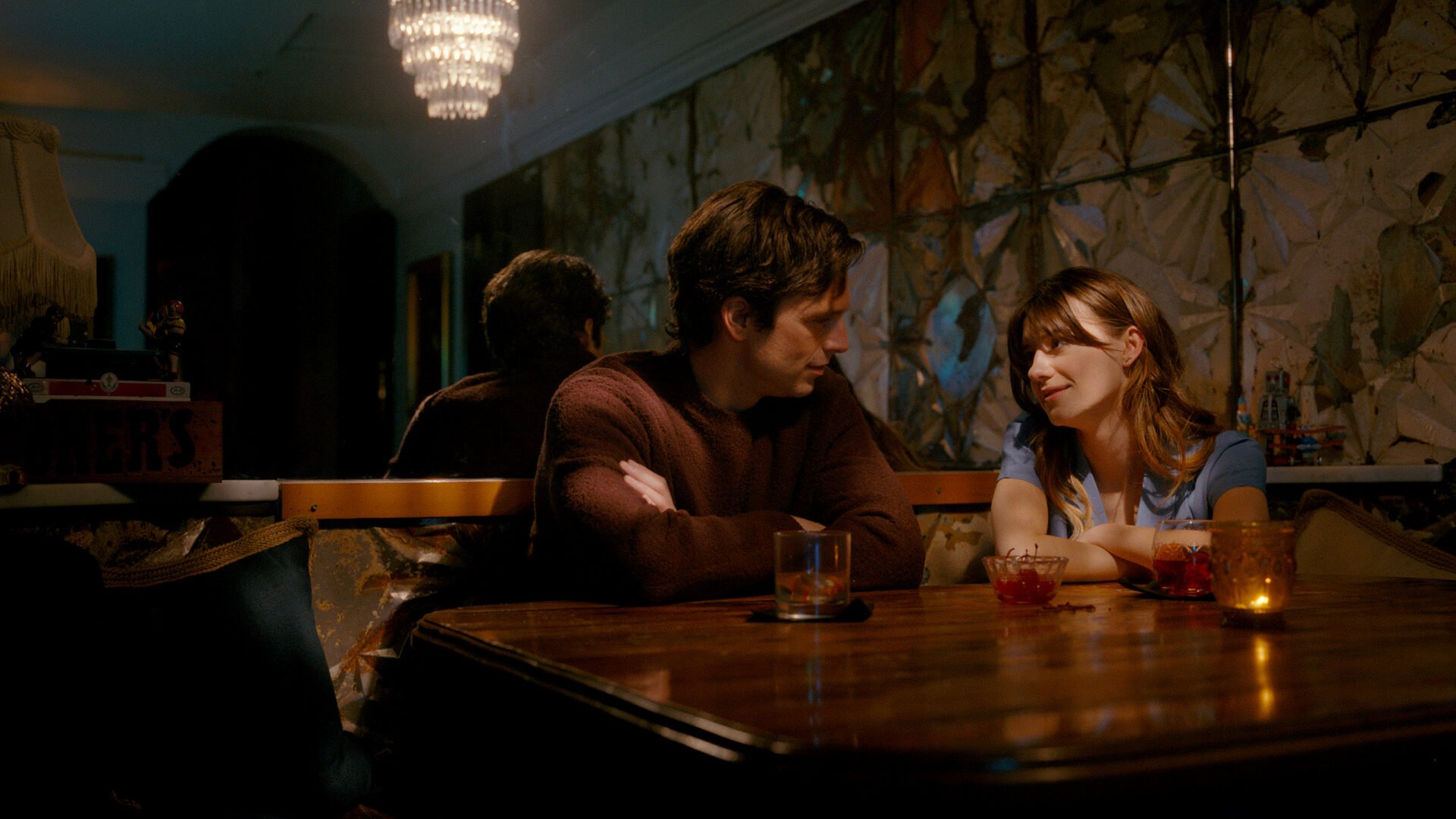 Mimi Cave’s feature directorial debut, FRESH, is both incisive and witty. Led by two great performances and an understanding that even when they’re depraved, men can still think they’re charming, Cave directs Lauryn Kahn’s screenplay with energy and fervor that helps it stand out from other thrillers. An eye for detail on the eccentricities of modern dating leaves FRESH with an interesting but tonally weird film that finds itself struggling to maintain its energy without sacrificing its impact.

Dating has taken its toll on Noa (Daisy Edgar-Jones), who finds herself frequently disappointed with the men she finds on apps. There are several acute observations of the way men behave with women throughout FRESH but none as definitive as the devilish performance given by Sebastian Stan as Steve. After they hit it off at a grocery store, Steve invites Noa away for the weekend and from that point on Kahn’s screenplay starts picking away at the type of man who is more concerned with his own happiness, appearance, and reputation than the women he loves.

Needless to say, FRESH takes a dark turn, but Cave’s direction rarely lets that darkness all the way in. It’s in the screenplay and the actions characters take, but she plays it off with a levity that doesn’t always mesh with the subject matter. It bluntly comments on the commodification of women’s bodies while still energizing the film with on-the-nose needle drops that, while fun, lessen the sharp prods at Steve’s character.

When it does work together though, it’s immensely entertaining, with Edgar-Jones and Stan balancing their immense chemistry with a shift in dynamics that frequently plays with that initial spark. Stan’s performance in particular encapsulates the vanity of men; even in their most heinous moments demanding affection and admiration. The textbook suaveness and ways in which Steve relies on his good looks and endearing personality to overcome even the deepest of flaws cuts directly into FRESH’s major commentary.

It’s everything that takes place outside of Steve and Noa’s relationship that fails to be as interesting. There’s the standard subplot of Noa’s best friend, Mollie (Jojo T. Gibbs), trying to find where the two went and while some playful wrinkles are thrown in for good measure, FRESH never really capitalizes on their implications. The ending of the film feels like it has more on its mind but doesn’t have the time to explore any of it meaningfully so turns more of its commentary into throwaway lines and humor.

For those looking for a thrilling, but uneven depiction of modern dating, FRESH is one of the better genre versions in recent memory. It’s that ceaseless search for happiness in a single person that lays at the base of Kahn’s screenplay, leaving Cave to try and depict it without losing the quirkiness or darkness of it all. It’s a tough balancing act that depends heavily on Stan and Edgar-Jones’s chemistry and performances, which they both deliver in spades.

Riotsville USA Offers a Kaleidoscopic View of the ’60s