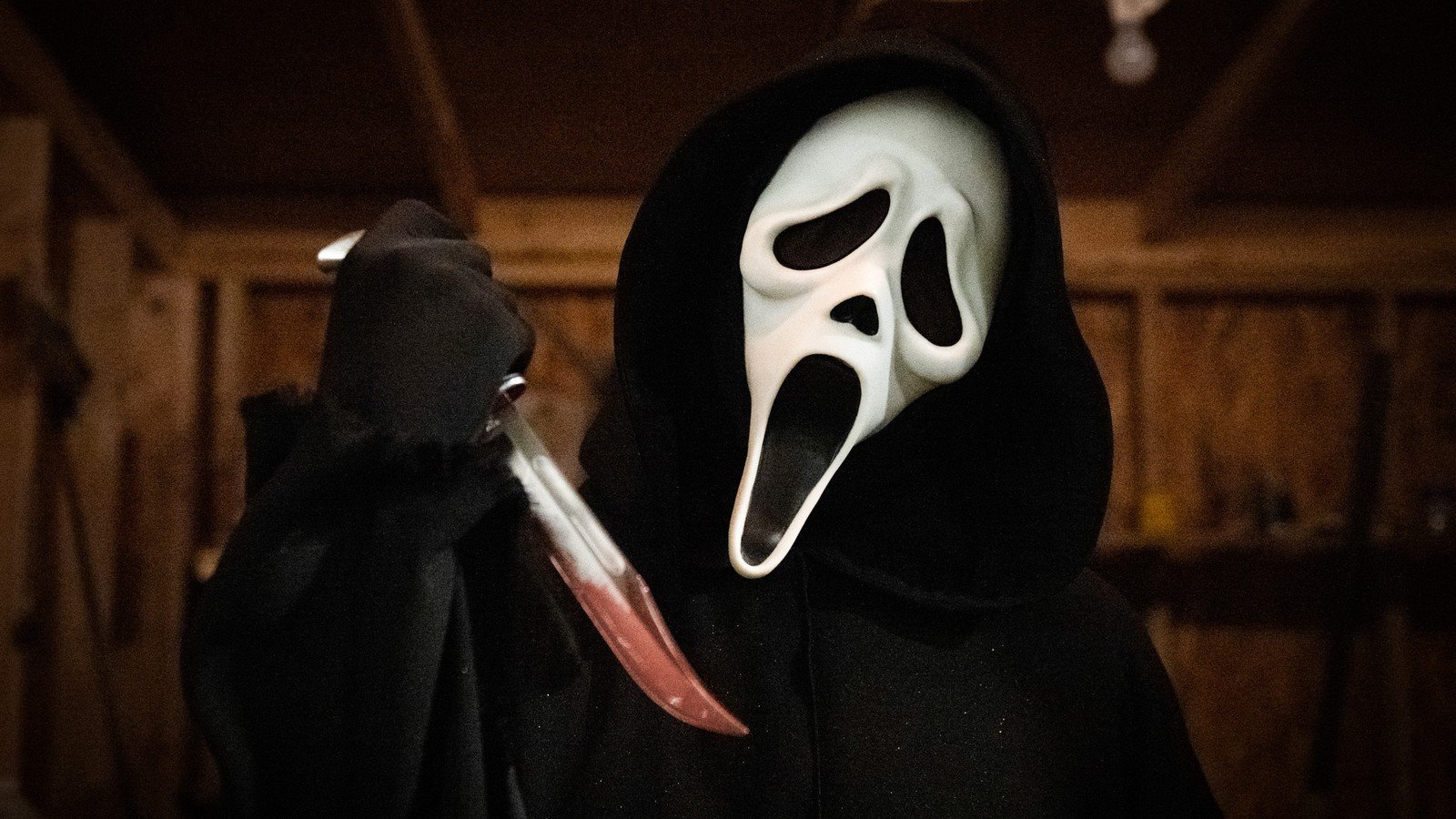 Scream (2022) hit theaters last week and shook up the franchise with a host of new characters, a shocking death, and more extra violence. Old favorites Sidney Prescott (Neve Campbell), Gale Weathers (Courteney Cox), and Dewey Riley (David Arquette) are back to find a new killer(s) in Woodsboro 25 years after the first attacks. There is also a bevy of new characters, and an exciting old character shows up with the use of de-aging technology. In honor of the fifth installment, here is a ranking of the movies from best to not-the-best, because no Scream movie is truly bad.

Jada Pinkett Smith should have an Oscar for her cameo in Magic Mike XXL. Since that didn’t happen, the second-best option is that the Academy retroactively gives her one for her death in Scream 2. It’s fun, dramatic, and absurd. It’s the audiences’ first interaction with the aptly titled Stab movies, the meta-movie franchise within a movie franchise, that is threaded throughout the remainder of the Scream installments.

This movie has several great sequences: the movie theater opener, the university radio booth hide and seek game, the police car, and the killers’ reveals in the theater. The radio booth hide and seek game is an excellent homage to the first Scream and the use of a delayed video camera, but is able to do something new and exciting at the same time.

Debbie Salt (Laurie Metcalf), Billy Loomis’ mother, and Mickey (Timothy Olyphant) as the killers make perfect sense and were thoughtfully laid out. Timothy Olyphant even gets to rise from the dead. Overall, the movie does an excellent job at cementing the relationship between Sidney and Gale, which helps sustain the rest of the series. They will take the killers out every time and there’s an unshakeable bond in that.

Scream 2 gets first place on this list because there are no bad scenes and arguably more iconic scenes than Scream (1996). It also has a slew of cameos from 1990s stars like Joshua Jackson and Sarah Michelle Gellar. Deaths, like Randy (Jamie Kennedy), tell the audience to not trust in the hope that all survivors from the first film will make it to the end of this series.

The movie that made film nerds cool. Kind of. From a 2022 viewpoint, Scream doesn’t seem that visionary or different, but it changed the horror genre and film in general in 1996. Scream is filled with self-referential dialogue and references other horror films and tropes. The Final Girl has sex and not only survives to tell the tale but wins the day with another female character. From the moment Sidney Prescott meets Ghostface she fights for her life. She’s never a simpering damsel in distress.

The opening scene with Drew Barrymore is often cited as one of the best film openers of all time for a reason. Barrymore was on the marketing materials and audiences expected her to be the main character. It’s harder to keep this kind of secret today, but in 1996, this well-kept secret was so unexpected and delightful.

Scream ushered in a new set of rules for horror films. By using the audience’s knowledge of horror film rules, satirizing them, bringing attention to them, and then breaking them, it changed the genre forever. Modern horror films can all draw a line back to this revolutionary movie.

We live in an era of reboots and nostalgia. If creators insist on re-visiting old IP, or as new character Mindy (Jasmin Savor Brown), Randy’s niece, describes as a requel, then let it be like Scream (2022).

The fifth film is filled with shocks that upend all its predecessors, including an opening scene where the girl doesn’t die, a beloved original character’s death, and a throwback to Stu’s (Matthew Lillard) house in the first movie. I think Sam (Melissa Barrera) is the weakest part of the film, mostly because I don’t think Melissa Barrera is a great actor. However, Sam’s sister Tara (Jenna Ortega) and boyfriend Richie (Jack Quaid) are excellent additions to the story.

Like every good Scream film, there are loads of satirical self-references and contemporary meta conversations, like how elevated horror is changing the genre. The violence in this one is a bit more explicit, but that could just be the use of technology changing how realistic things look now compared to 25 years ago. The story makes good use of old characters while introducing new ones and connecting them all in a fun way. For all these reasons, number five gets placed firmly in the middle of the ranking.

Rejoice! Sexism no longer exists. Girls can be serial killers too! Especially when they’re as dedicated as Jill (Emma Roberts) stabbing herself in the shoulder and running full tilt into a wall.

The killer’s motivation in this one is a little shaky. It reveals the writer’s and director’s misunderstanding of youth culture. They posit that Jill is jealous that Sidney gets so much attention so decides to kill her and fake becoming the sole survivor. If Jill really wanted all that attention, she wouldn’t go through all that trouble of killing, she would just leach off Sidney’s fame.

The Stab movie marathon party is great, but it’s hard to believe it would continue with the murders happening again. Scream 4 makes up for all of its issues with having several well-drawn-out deaths, the realistic risk to fan favorites like Gale, and several questionable characters like Deputy Judy Hicks (Marley Shelton) and Kirby Reed (Hayden Panettiere) to keep viewers on their toes.

Courteney Cox’s bangs are a significant reason why this movie deserves to be in last place. Parker Posey almost saved it from that fate, but ultimately failed. Scream 3 is a fun ride but sacrifices a little too much plot and violence in favor of humor. Reportedly, the violence was reduced after the Columbine High School massacre in the United States increased public scrutiny over violence in media.

The movie still manages to take the meta qualities of Scream (1996) and Scream 2 to the next level. Sidney is truly ahead of her time, working remotely, and living off the grid under a fake name. She gets pulled in after a new set of murders in Los Angeles on the Stab 3 film set, only to find that the killer is her half-brother. This killer reveal doesn’t sit as well as most of the other ones. It tiptoes a little too close to a theme the franchise typically satirizes; women who sleep with a lot of men are inherently bad people and do terrible things, like abandon their children.

As usual, the opening scene is excellent but not as good or unique as the other four. Cotton Weary (Live Schreiber) might not be a murderer, but he’s still a sleazy creep. A video with a message from Randy is a great reminder of how charming and funny that character was. This addition to the Scream franchise is good, but not great.