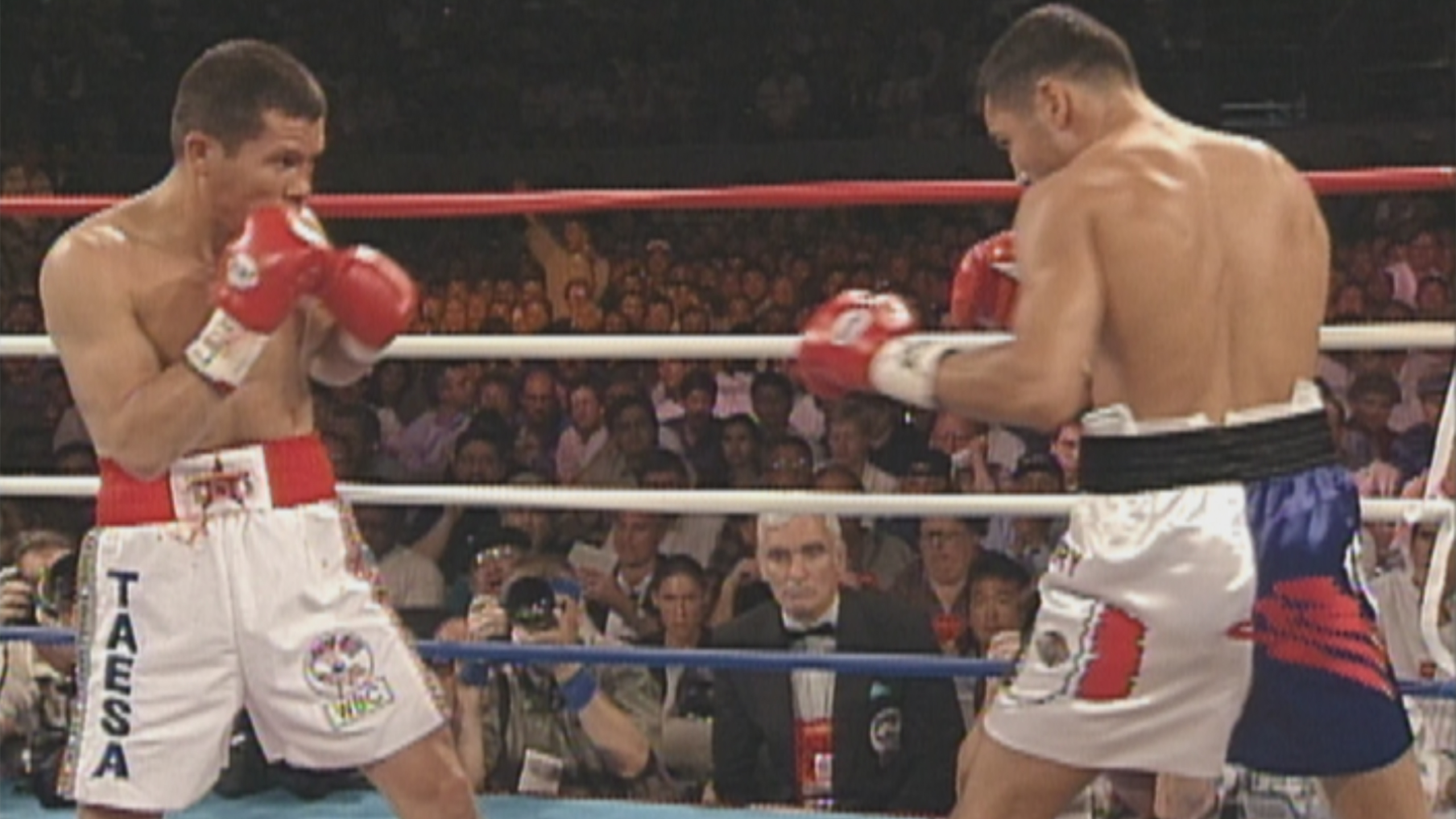 The 1990s were one of the more fascinating eras ever in boxing, and not only in the heavyweight division- you know, the one where a guy parachuted into the ring mid-fight, and when Mike Tyson bit Evander Holyfield’s ear.

But one could argue that even more intriguing things were going on in the lower weight classes. One of the most notable feuds, between Julio Caesar Chavez and Oscar De La Hoya, is the subject of La Guerra Civil, a documentary directed by actress Eva Longoria Baston. The film looks at the years-long feud between the two men, leading up to their first fight in 1996.

La Guerra Civil is a very well-done documentary. It wouldn’t have felt out of place as part of ESPN’s 30 for 30 series, although it’s been acquired by the sports streaming service DAZN. However, it’s a bit longer than it needs to be, and while the film can’t help it, the climactic fight that it leads up to was kind of notoriously a dud.

The main angle here is a very good one: Chavez was from Mexico, while De La Hoya was a first-generation Mexican-American, born in Los Angeles. And if you think Mexican and Mexican-American are the same thing, well, they’re not. The fight, and the run-up to it, exposed very serious divisions between those two identities, with fans taking sides.

The film interviews both fighters, as well as numerous relatives, cornermen, boxing writers, and others who were involved with the fighters’ careers, as well as Mario Lopez and George Lopez. It follows the few years in the careers of the two fighters, showing the contrasts between the men.

Chavez was 33 when they fought, a decade older than his upstart opponent, while Chavez had a lot more time in the ring- the fight against De La Hoya was the 100th of his career, while it was only his opponent’s 22nd. And the younger fighter clearly took conditioning and training more seriously than his opponent- De La Hoya tells a story about getting up at 4 a.m. to go running, only to run into Chavez, who was returning at that hour from a night of partying.

Perhaps it’s the age difference, but it’s clear that De La Hoya, at 48, has retained his boyish good looks, despite getting punched in the face for much of his life. Chavez shows his age much more, although both men, at times, have faced addiction issues.

Eventually, we get to the Ultimate Glory fight, which took place in June 1996 in Las Vegas, for the super lightweight championship.

While many famed boxing documentaries, from When We Were Kings on down, have led up to a classic fight when the two men fought it wasn’t one of those. Chavez was bloodied just a minute into the fight, which was mostly one-sided until it was stopped in the fourth round, with De La Hoya winning on a TKO. The two fought again two years later, with De La Hoya once again winning by TKO, although this time it went to the 8th round.

While it doesn’t exactly reinvent the sports documentary form, La Guerra Civil is a must if you’re familiar with these events, and also pretty fascinating if you barely remember them.

Mars One Paints a Sincere Portrait of a Brazilian Family