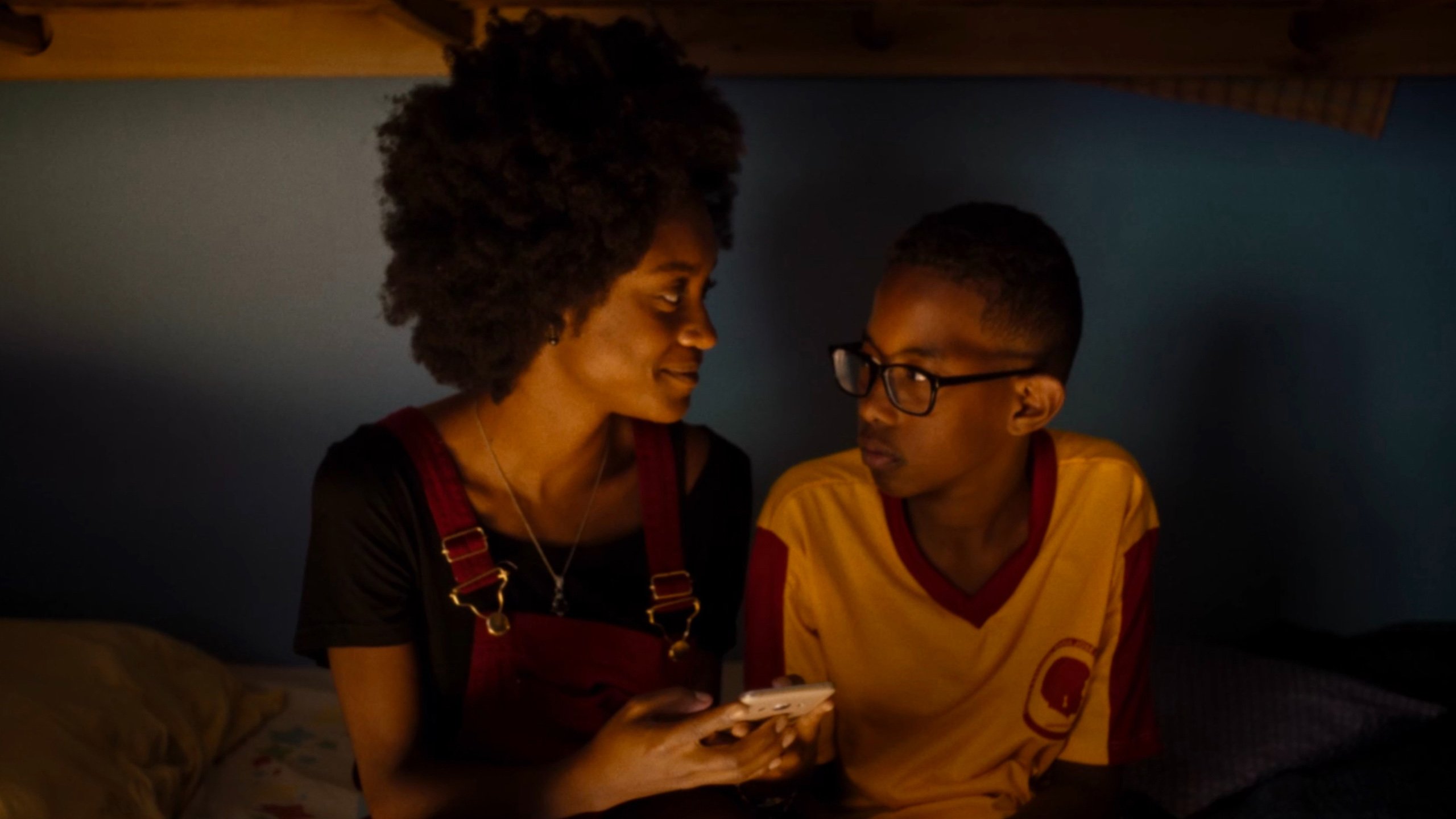 Gabriel Martins’ latest feature film captures a lower-middle-class family at the crossroads of their life. Economic pressures seep into their every decision as their home country, Brazil, finds itself in the midst of a changing leadership. Mars One (Marte Um) is a heartbreaking but sincere portrait of a family with their own personal struggles forced to strengthen their bonds to make it through their individual hardships.

Parental expectations weigh heavily on the kids of Wellington (Carlos Francisco) and Tercia (Rejane Faria). Deivinho (Cícero Lucas) continues to play soccer with exceptional skill due to his father’s dreams of him becoming a soccer star, but in his free time, he’s amassing parts for a telescope and wishes to go on the Mars One mission – a colonization mission in 2030 to Mars. Meanwhile, Eunice (Camilla Damião) finds herself ready to move away from home and start a new life with less burden put on her from her parents.

On the surface, Mars One appears somewhat light. It’s got a few minor problems for its children that are standard for growing up. Both want to forge their own path without upsetting their parents, but it’s the nuanced portrait of the parents that helps mount tension within the family unit. Wellington is trusted by everyone residing in the higher-class condos he helps maintain, but he also trusts too much that others will be like him. Tercia, on the other hand, believes she is cursed after a prank show stages a suicide bombing while she’s eating in a diner, causing her to rethink her entire way of living.

Martins has very little fat on his screenplay, ensuring that every tiny detail is set up to return later on. It’s a neatly wrapped drama that is only dampened by its somewhat plodding nature. Mars One takes its time, finding pockets of human interaction to reside with for a little longer than needed. Where it struggles is marrying the standard coming-of-age tropes with its desire for everything to pay off. It ends up predictable at almost every turn, which ends up being the downside to a Chekhov’s gun approach to telling a story that is both realistic and familiar.

Even then, Mars One is a wonderfully heartfelt story that features a family that you want to spend more time with even after the film ends. Where it concludes is a great place to end things, showing a family that has experienced significant change from smaller confrontations. Predictability in the screenplay only accentuates how well fleshed out the characters are, aided by familiar character arcs against the backdrop of Brazil’s own societal pressures. They’re lived-in and brought to life by each delightful performance, lifting the film with their endearing chemistry. Mars One does a significant job at mining every emotion from a moment, and the intricate web it creates within its family is nuanced and poignant.

Schemes in Antiques is a Thrilling Enough Treasure Hunt