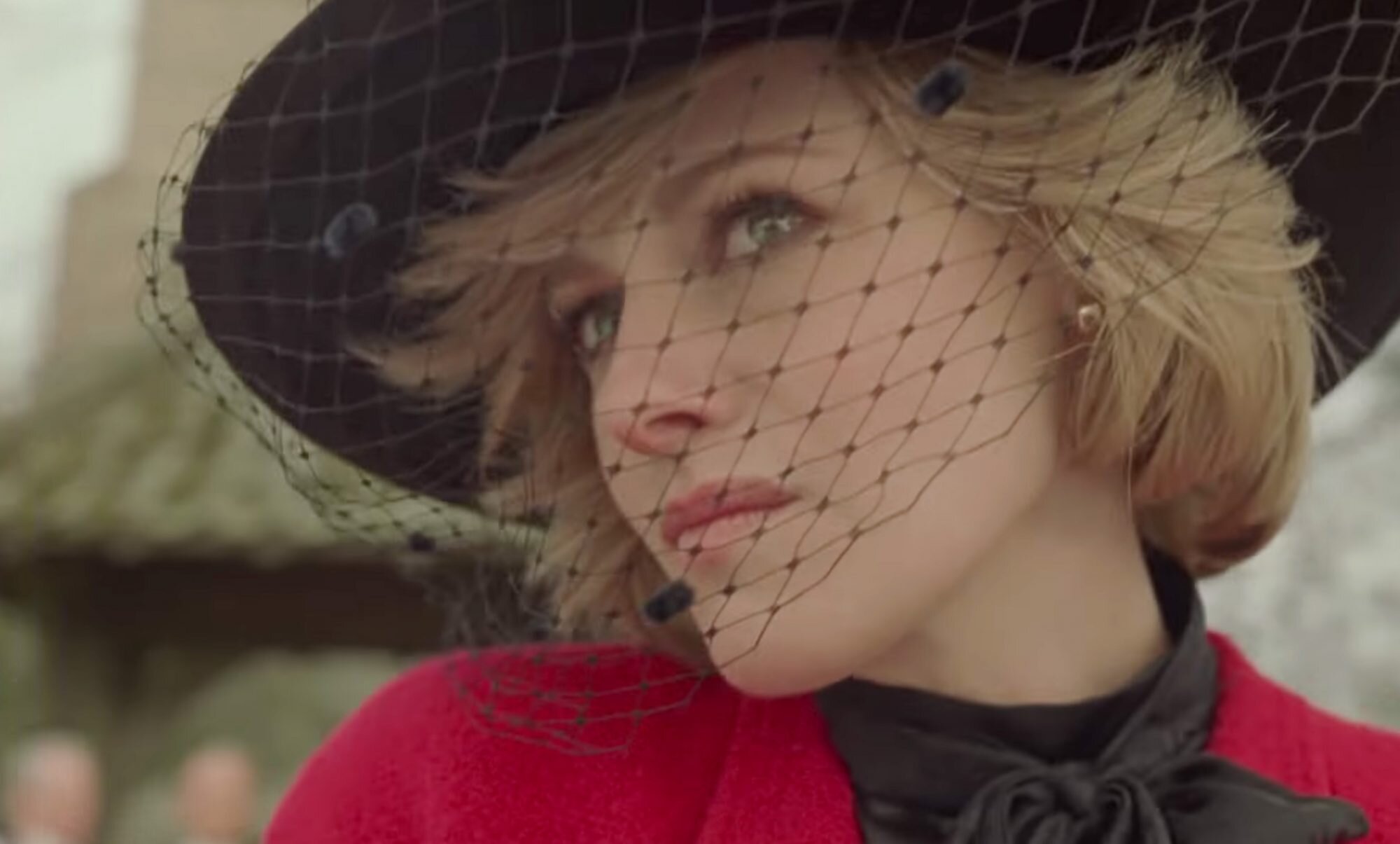 Set over three days during Christmas 1991, Princess Diana (Kristen Stewart) heads to Sandringham Hall to spend the holidays with the Royal Family. Dreading the event, she struggles to find her place amongst them, finding solace only in the kindness of her Dresser, Maggie (Sally Hawkins) and the Royal Head Chef Darren McGrady Sean Harris), and starts to contemplate a life without her husband.

Spencer begins on shaky territory – an opening title card somewhat pretentiously declares the film to be “A fable based on a true tragedy”; a statement that somehow doesn’t quite resonate with the entirety of the film, it’s the type of intro that comes across as pompous and grandiose, and might even have difficulty getting the most die-hard of royalists to warm to it.

And then, of course, there’s Diana. Not immediately obvious as the Princess of Wales, it is almost dangerous to put an American woman front and center as someone so beloved in the UK so thought of as belonging to the English (you’re really goading the naysayers at such a decision). Upon her initial appearance, her performance is almost parody, a coy head-tilt here, a shy blush there, and with an affected accent more distracting than enchanting.

But here, in this performance, is where it gets interesting. Reaching the hall and facing the inevitability of having to spend days with the people who have been less than kind to her during her years as wife to the throne’s heir, the façade fades, slowly, over the course of Christmas. Stewart still keeps a little of Diana’s more well-known mannerisms but becomes wholly human rather than caricature, pain etched across her face at almost every moment of her slow suffocation.

It’s important to note that this is simply an imagining of what might have happened during that festive season, and largely dramatized. However, there is not a moment that doesn’t ring true; Diana’s constant battle with herself is thoroughly explored, be it with her very true-to-life struggle with bulimia or, in one wince-inducing scene, an encounter with a pair of wire cutters. Torn between her duty as a mother, and her duty to herself Stewart’s performance may be the best of her career yet, raw, vulnerable, and painful in equal measure.

At times, Spencer plays as dream-like – Diana regularly hallucinates Anne Boleyn, with whom she shares a lot in common – but mostly like a psychological horror of a woman being gaslit, her true identity buried beneath rules and tradition. Curtains are sewn shut, so she is not to be seen getting dressed by photographers, maids circulate stories of her and induce rumours, and each outfit has been picked for her for a specific time of day, completely removing her autonomy, like a living doll. In this way, the film becomes a less-balanced affair – the Royal Family, although smartly underused so as to focus on the late Princess, comes off as a very well-to-do Sawyer family, albeit less literally cannibalistic. In one hallucination, she forces herself to eat the pearls that Prince Charles (Jack Farthing) has gifted her, – noting that he bought the exact same present for Camilla Parker-Bowles – nearly choking on them, unable to breathe in her environment.

Imbalanced it may be, but, to cover its bases, this is an imagined reality, often dream-like, particularly with the hazy cinematography of Claire Mathon, not too dissimilar to Peter Weir’s otherworldly Picnic at Hanging Rock – its pastel-hued surroundings only enhance the unnatural state of Diana’s predicament, and it’s often intentionally discombobulating.

It’ll be too melodramatic and unreal for some who are eager to get a glimpse into the life of the now-deceased Princess, but it cannot be denied that Stewart’s performance is a mesmerizing watch for fabrication such as this. Ending on a note of hope makes all the pain worth it, however bittersweet.