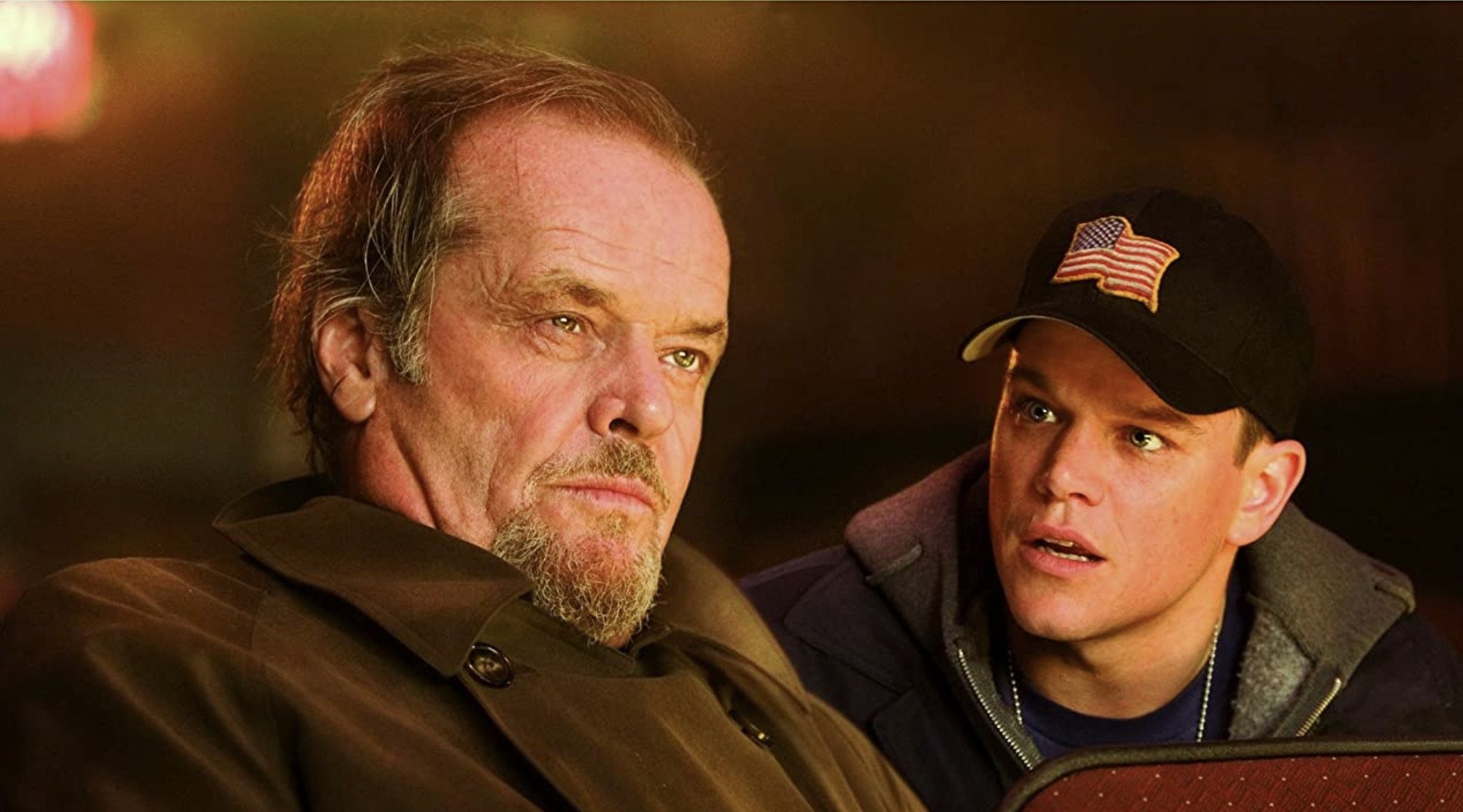 There’s just about nobody who would say that The Departed is the best film or even the best gangster film, that Martin Scorsese has directed in his career. But it became one of the biggest hits the director made, and it finally earned Scorsese his first-ever Oscar.

The film offered a massive amount of star power, including A-listers Matt Damon and Leonardo DiCaprio in the lead roles, Jack Nicholson and Martin Sheen in the elder statesman parts, and meaty roles for the likes of Mark Wahlberg, Alec Baldwin, Ray Winstone, and Vera Farmiga. It featured fantastic, quotable dialogue throughout, and a plot that found all sorts of symmetry of an undercover cop in with the mob, and an undercover mobster in with the cops.

On the other hand, that final shot with the rat was pretty terrible, on which fans and detractors of the film are in agreement. And The Departed didn’t do nearly as much to redefine the gangster genre as many of Scorsese’s earlier films had.

The Departed is a pretty straightforward remake of the 2002 Hong Kong action film Infernal Affairs, directed by Andrew Lau and Alan Mak, and screenwriter Wiliam Monahan adapted it to a Boston setting. It also grafted on elements of the real-life story of mobster James “Whitey” Bulger, who for about two decades had corrupt FBI agents not only protecting him but helping him to commit crimes.

Again, The Departed was all about symmetry. Damon starred as Colin Sullivan, a rising Massachusetts State Police detective who is secretly in the employ of Irish mob boss Frank Costello (Nicholson, the movie’s Bulger stand-in.) Meanwhile, the State Police has sent ex-trainee William Costigan (DiCaprio) into Costello’s crew. Damon’s boss is Captain Queenan (Martin Sheen), while each side also has a hotheaded sidekick (Ray Winstone on the criminal side, and Mark Wahlberg- at his absolute profane best- with the cops.

The plot is full of close calls and tight moments, as well as a love triangle subplot in which both Damon and DiCaprio fall for the same woman, police psychiatrist  Dr. Madolyn Madden (Farmiga.)

The Departed ends, of course, with just about every character dead; despite that, plans for a sequel went surprisingly far, before Scorsese kiboshed them (the Hong Kong version has had many sequels.)

Beyond The Departed, the Whitey Bulger story has been much explored by the movies. Black Mass, a great book about the Bulger case, was adapted into a not-very-good movie of the same name with Johnny Depp as Bulger, There was a first-rate documentary about Bulger’s circus of a trial, called Whitey: United States of America v. James J. Bulger, And a multi-season Showtime show called Brotherhood was loosely based on the story of Bulger and his former Senate president brother, as it concerned a pair of Irish brothers in New England in which one was a gangster and the other a local politician.

In an ideal world, Martin Scorsese would have won his first Oscar at some point in the 1970s or ’80s, for Mean Streets or Raging Bull. But his win for The Departed was better late than never.

The Departed is currently streaming on HBO Max, and also airs on television fairly frequently, albeit any language edits necessarily will eliminate about 80 percent of Mark Wahlberg’s performance.

Training Day is Denzel Washington at his Most Sadistic