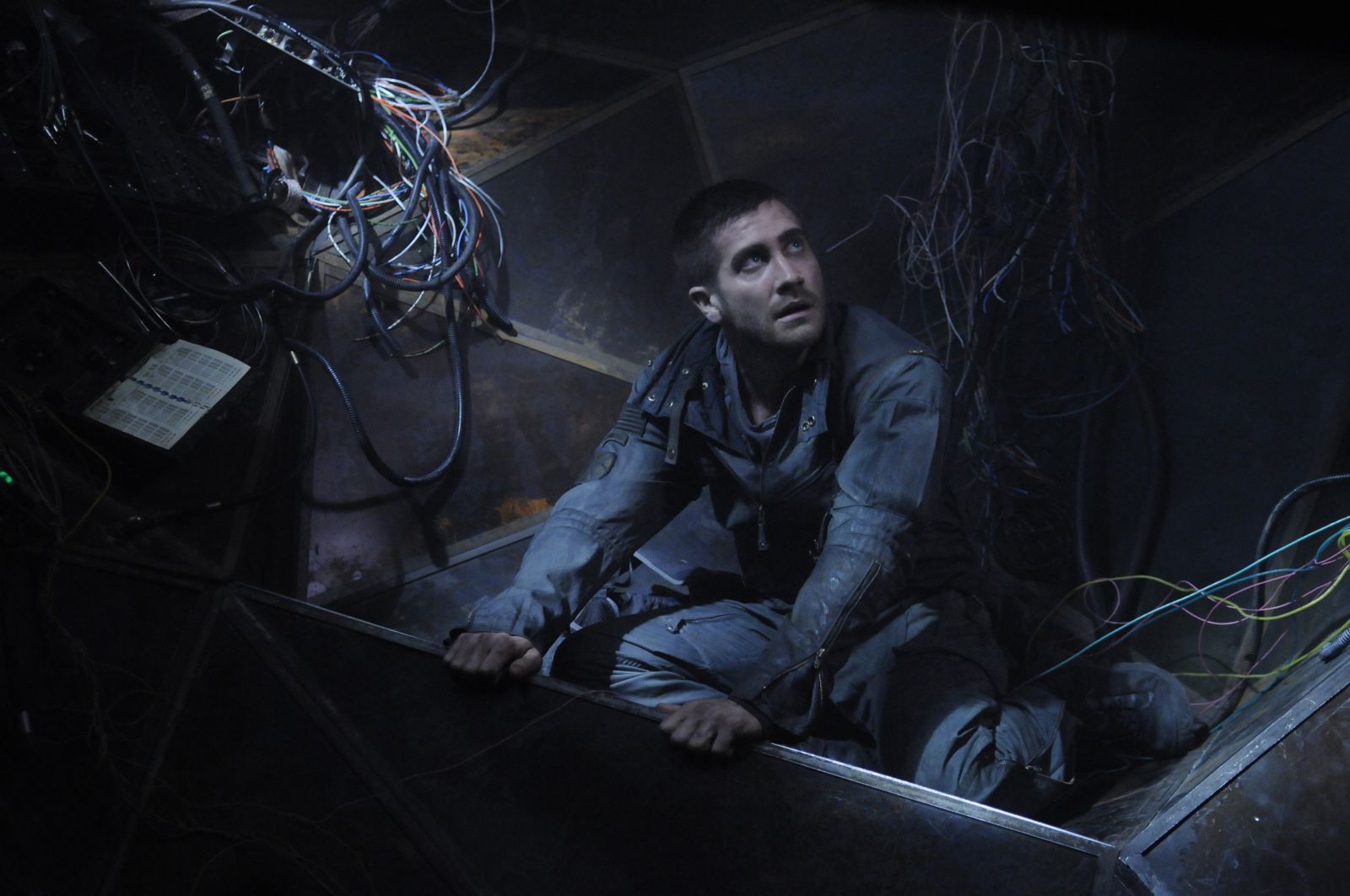 Splitting the difference between big-ticket pyrotechnics and the burgeoning auteurist touches of director Duncan Jones (Moon), Source Code combines high-concept ambition with appealingly pared-down execution and crackerjack pacing. Its ideas are pilfered equally from a number of speculative-fiction touchstones (particularly 12 Monkeys, Total Recall, and, oddly, Groundhog Day), but it never feels overly derivative. Though it occasionally jettisons logic in the pursuit of its carefully plotted thrills, Jones’s refreshingly unpretentious approach to a potentially overbearing narrative helps to make it solidify him as one of the few working directors with a specific flair for science fiction.

The title refers to a process (conceived by a covert arm of the US military) by which the final minutes of a recently deceased individual’s life can be re-lived by a third party, with the ability to play out the events differently. For the first-ever application of this technology, a pilot stationed in Afghanistan, Cpt. Colter Stevens (Jake Gyllenhaal), is (at first unknowingly) dispatched to occupy the final moments in the life of a teacher who’s only minutes away from being decimated by a bomb that’s been planted somewhere on a high-speed train. Sitting across from him at the moment he enters this alternate consciousness is Catherine (Michelle Monaghan), who he forms an instant attachment to – too bad, since he’s brusquely informed by his superior at the Source Code mission (Vera Farmiga) that she, along with everyone on board the train, is already dead, with Stevens’s only attainable goal being the identification of the bomber, in order to prevent another, bigger attack. He’s to be sent back as often as it takes, to relive those minutes over and over until he retrieves the required intelligence – but as the brass makes clear, time in the “real” world is running out.

A major part of what makes Source Code so enjoyable is its willingness to explore a wide variety of themes without – for the most part – beating any one of them into the ground. Over its economical 94-minute runtime, it toys with notions of identity, fate, mortality, military honor, and sacrifice, all while keeping tedious speechifying and obvious moral lessons at a strict minimum. What’s more, it sidesteps the “love conquers all” claptrap of the likes of The Adjustment Bureau with a conclusion that – while credibility-straining – avoids making Gyllenhaal and Monaghan’s crisis-driven courtship the fulcrum on which all else depends. As in Moon, Jones finds novel ways of having fun with a potentially humorless premise; where his debut feature allowed an easy repartee to develop between its multiple Sam Rockwells, and toyed with the well-worn trope of the all-knowing sentient computer, Source Code leaves room for the candid reactions of the train’s doomed passengers to the Captain’s increasingly odd behavior, and for a few sharp comic moments, as when Gyllenhaal enjoys a private “fuck-yeah” moment upon discovering a crucial bit of intel.

What keeps Jones’s sophomore feature from genuine upper-echelon status is the “ends over means” nature of its storytelling. 12 Monkeys – a close spiritual precedent, complete with a MacGuffin-y terrorist subplot – works as beautifully as it does because David and Janet Peoples’ brilliant screenplay resolves in a fashion that both resonates emotionally and feels like the logical culmination of all that came before. Source Code‘s central premise is consistently kept murky – Jeffrey Wright’s muttering project leader even contends that it’s beyond Stevens’s basic comprehension, and Stevens himself hollers that it “makes no sense!” at least once – so the rules of its application are never entirely clear until the film’s final moments. Even then, while we’re given a fair understanding of what the Source Code accomplishes, we never get a grasp on its mechanics. That helps us to sympathize with Steven’s eternally de- and re-constructed matter and identity by forcing our constant reappraisal of Stevens’s conundrum, but it also renders the movie’s carefully plotted revelations simply a set of superficially nifty twists instead of coalescing as the affecting, and perhaps a timeless story that a more rigorous screenwriting approach might have afforded. It’s also a shame that Jones’s previous musical collaborator, Clint Mansell, was unable to provide a score due to time constraints, as Source Code‘s unbelievably-named composer Chris P. Bacon (say it out loud) provides a practically anti-Mansell score: cloying, obvious, and obtrusive – a major hindrance.

Given that Source Code had a wide-release (in execution, if not in quality), it’s Richard Kelly’s The Box, a director-for-hire gig that nevertheless reflected Kelly’s highly idiosyncratic concerns about family dynamics and apocalyptic portent, while largely shrugging off notions of strict logic. With Source Code, Jones successfully parlays his skills as a swift communicator of heady concepts within entertaining genre frameworks into a project of someone else’s invention. It might turn out to be a mere transitional film while he preps his next effort as a writer-director, but while it’s not a complete success, Source Code easily outpaced, outclassed, and outsmarted any and all mainstream entertainment released that year.