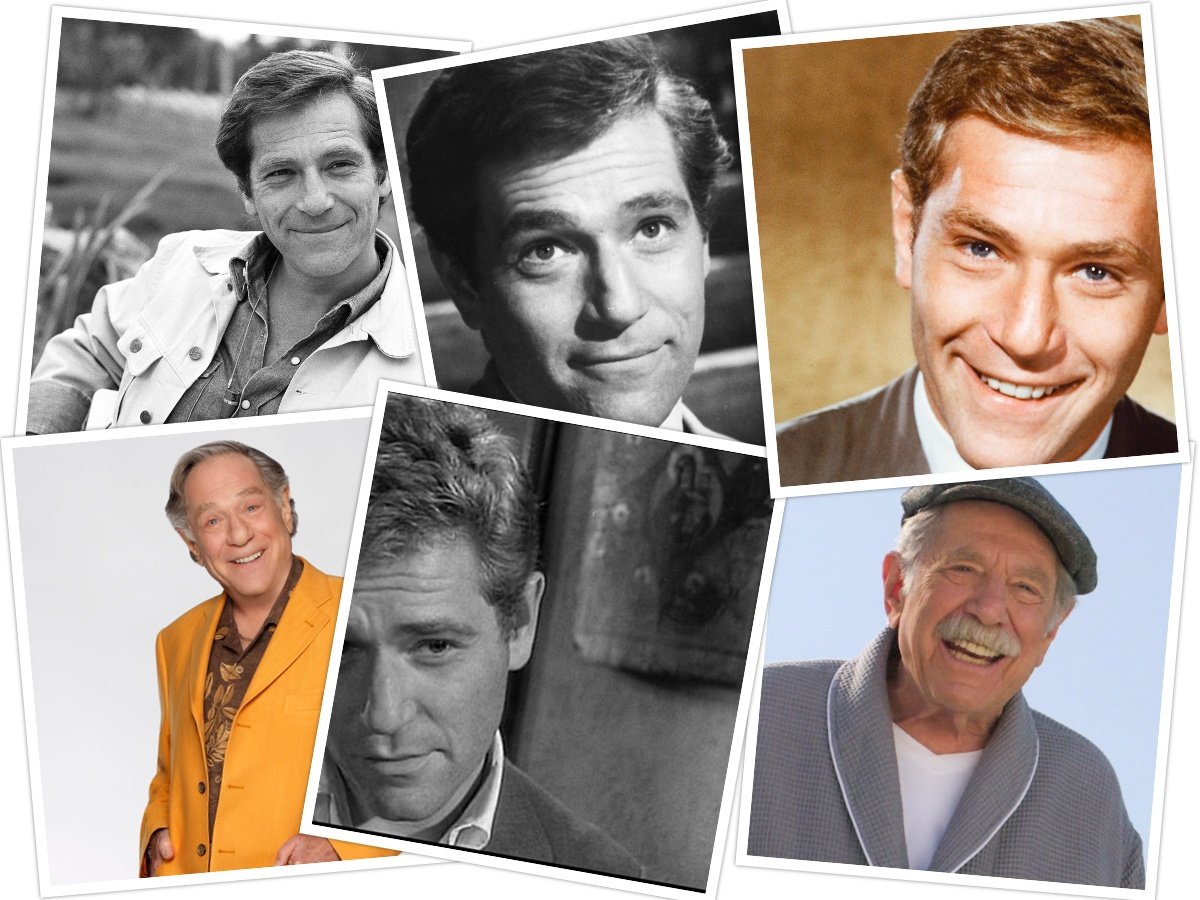 Remembering George Segal and His Career

Back in the 1960s when I was home sick from school and got to watch the daytime talk shows, and later, in college, staying up to watch the late-night talkfests, whenever George Segal popped up as a guest I was always surprised – always – at what a cut-up he was!  He’d clown around with the hosts, maybe whip out his banjo and strum away, all in all, acting like a real life-of-the-party type, and I’d be sitting there thinking, that’s George Segal?

The nature of my surprise was that from the 1960s into the 1970s, Segal was pulling such heavy dramatic weight that it never occurred to me the guy could be, well, you know…funny.

Which might come as an equal surprise to younger generations who’ve only ever known him doing supporting comic bits, like going broad as Laura San Giacomo’s dad on the meh sitcom Don’t Shoot Me!, or with a lighter, sweeter touch as the sage grandfather in The Goldbergs.

But over the course of my growing-up-with-the-movies youth, that was not the George Segal I was coming to know.  My George Segal was the up-from-the-streets doctor-wannabe of The New Interns (1964 – his first big-screen feature), the cold-blooded hood of The St. Valentine’s Day Massacre (1967), the conniving POW of King Rat (1965), the disaffected Confederate soldier of Invitation to a Gunfighter (1964), the war-weary infantry officer of The Bridge at Remagen (1969), the caustic spy of The Quiller Memorandum (1966), the pretentious artist/lousy husband in Stanley Kramer’s all-star meller Ship of Fools (1965), and, in his one Oscar-nominated performance, the cocky newbie academic in the film adaptation of Edward Albee’s verbal fireworks display, Who’s Afraid of Virginia Woolf? (1966).

I’ve always thought Segal should’ve had a better Third Act to his career, but I suppose the problem was he too early got typed somewhere in the 1970s as more a comic than dramatic actor.  Or maybe it was that he never quite turned the corner to becoming a major star; never had that defining, breakout role in a defining, breakout film.

Well, on second thought, that’s not quite true.  The huge success of romcom (back before that was a dirty kind-of-a-word) A Touch of Class (1973) seemed to channel him toward more comedy, and then it seemed that, after a while, there was no way back.  What didn’t help was a mid-career crisis; by his own admission, drugs, being a bit full of himself, and a series of bad film choices.  In their obituary tribute to Segal, I think The Guardian nailed it, labelling Segal “Hollywood’s forgotten star.”

To tell you the truth, I’m not sure that as much as I’d early on typed him as a Serious Actor, that I truly appreciated just how good he was until later years and having a chance to watch his work again, to see not only how easily he could glide from the heaviest of heavy dramas (King Rat, a sort of anti-The Great Escape [1963]), to the most off-the-wall comedies (highly recommended:  the totally un-PC black comic Where’s Poppa? [1970] – the kind of deliberately offensive comedy you’d never be able to make today) and play them all with equal conviction and effortless skill.  He could even marry the two – the comic and the dramatic – navigating them with the skill of a harbor pilot.  Think No Way to Treat a Lady (1968) which balanced a grim police pursuit of a serial killer with Segal’s NYPD detective also having to deal with a nagging Jewish momma (“Whoever heard of a Jewish police detective?” mother Eileen Heckart harps when comparing Segal’s cop to his more successful brother).  Or another one of his best flicks, Blume in Love (1973), a serio-comic look at a divorce lawyer dealing with the emotional unmooring of his own divorce.  Looking back on his career heyday – say from the late 1960s through the mid-1970s – it seems like there was nothing he couldn’t play.

A personal favorite of mine, and I think a clear illustration of what I’m talking about, is The Quiller Memorandum.  The configuration of the plot is familiar enough – Segal’s Quiller is assigned to try to locate a neo-Nazi cell – but Harold Pinter’s odd-rhythmed dialogue gives the movie a near-surreal feel, like in the scene where Quiller is reporting to his handler (Alec Guiness with whom Segal easily holds his own) that having been captured by the opposition, their chief (Max Von Sydow with whom Segal also acquits himself quite nicely) had ordered him killed.

“And did they?” Guiness blandly asks.

A Pinteresque beat, a slight, droll grin, an equally slight tip of his head, and Segal’s, “No.”

I’ve seen some Pinter and his distinctive, deftly arch dialogue is not something any actor can handle, but I still love to watch Segal play the back-and-forth of it with European pros like Guiness and Von Sydow as equal partners.  And then to go from that to the way-bonkers comedy of Where’s Poppa?, well, I’ve seen some great actors not manage that kind of shift of gears(favorite line:  ready to introduce his addled mom [Ruth Gordon] to a potential romance, Segal, brandishing a hammer, warns the old lady, “…I want you to know that if you mess this one up for me, I’m gonna punch your fuckin’ heart out”).

In retrospect, I suppose he was lucky to come up when he did.  Tremendously talented, clearly, but he was not a particularly handsome gent, definitely a lost-in-the-crowd type, not in the classic Hollywood leading man mold at all.  But it was the 1960s, and Segal was part of a generation of atypical leading men coming up as New Hollywood was pushing out Old Hollywood.  Think nebbishy Dustin Hoffman; short and stoop-shouldered Al Pacino; rumple-faced blue-collar Gene Hackman; balding, snaggle-toothed Robert Duvall; hyper-ethnic Robert DeNiro.  Oh, the era still had its lantern-jawed good-lookers, but an appetite for the real, the relevant, the identifiable opened the door for Segal et al and he was aware of the change.  “(I) think one of the best actors today is Robert Redford and you don’t get much handsomer than that,” he said in a 1971 interview, “But I guess I do like the fact that there isn’t so much artifice today.”  Or as Stanley Kramer put it more succinctly, “He looks real.”

Maybe that’s what I always responded to in him:  whether he was playing a spy, a cop, a soldier, or even the lawyer drowning in his mother’s senility in something as off the wall as Where’s Poppa?, there was always something so sympathetically, empathetically, identifiably life-sized about him.  Something about him always seemed something of us.  His best performances – even if the movie wasn’t quite up to par – were always characters who had all our recognizable flaws and burdens:  messed up personal lives, nagging moms, frustrating jobs, burn-out, self-destructive penchants.

Here I think of The Black Bird (1975) a should’ve-been-funnier misfire in which Segal plays Sam Spade, Jr., the inept inheritor of his father’s private eye business.  Like his dad, Spade, Jr. is on the trail of the Maltese Falcon, and just when he thinks he’s unraveled the mystery, he screws up the math-based solution and moans, “Why am I always wrong?”  Been there.

And, he had another rare ability.  Steve Levitan, the guy behind Don’t Shoot Me!, caught it saying, “He could make characters who should’ve been jerks seem lovable.”  Kramer had said the same thing years earlier, no doubt thinking of the self-involved artist of his own Ship of Fools as well as the wheeling/dealing s.o.b. of King Rat, saying “He can draw appeal from an unsympathetic character.”  You may not have always liked his characters, but you usually found it hard to hate them, even when they seemed as emotionally aloof and wrapped in the unnatural rhythms of Pinter as spy Quiller.

But if he didn’t have the latter-day career he should have, well, God bless ‘im, he had a latter-day career.  Survivability in Hollywood is a talent in itself.  If he’d gotten typecast, if through bad luck and bad choices his career derailed, Segal hung in there, took the work he could, and managed to stay around long enough to go out on a high note with The Goldbergs’ “Pops” Solomon; another one of his wonderfully life-sized Everymen.  “I’m like a cork in the water,” he said in a 1998 interview, “I keep bobbing up in all sorts of places…”

The Guardian may have called him a forgotten star, but I never forgot him, and at a time when it seems like much of mainstream Hollywood cinema is fueled by bigger-than-life, I’m glad I can still find George Segal on a cable channel showing me a little flawed, frustrating, floundering bit of me on the screen.

Everyone Talks About Taking Action But Nobody Does It