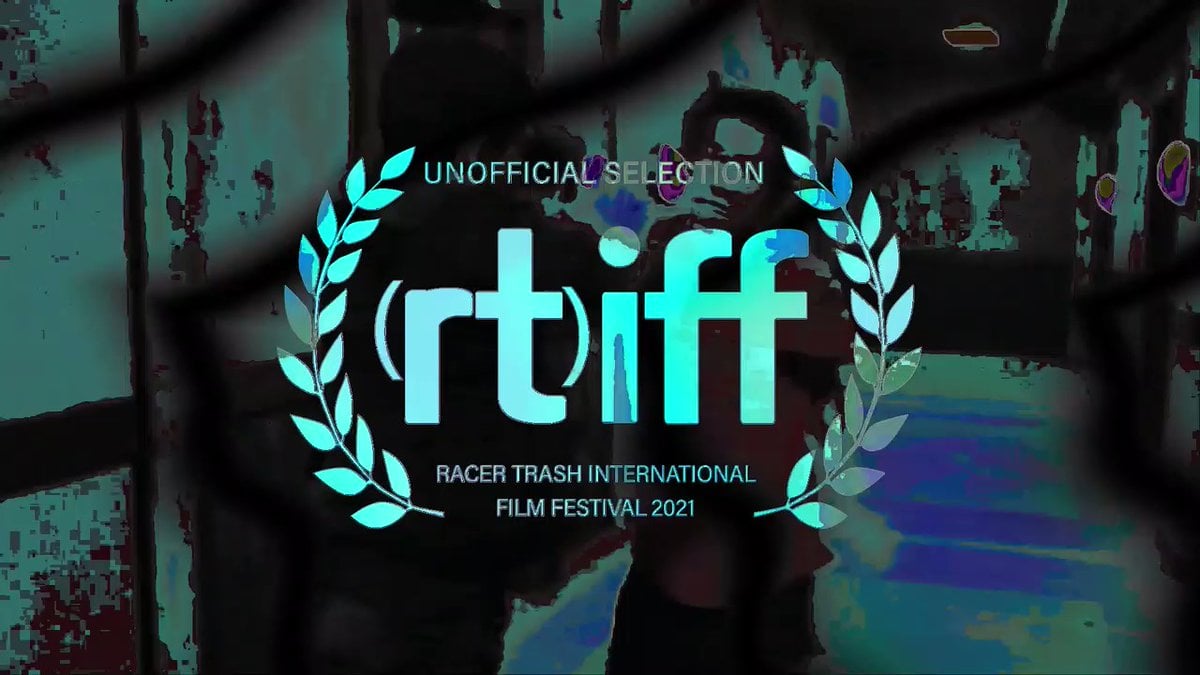 During the pandemic, many cinephiles turned to livestreams on Twitch, appointment viewing like The Last Drive-in With Joe Bob on Shudder, group watch parties using services like Netflix, and even live tweeting with the cast and crew of new releases when they arrived on video-on-demand. Filling the void that the absence of cinemas took away, it seemed like a lot of film fans were forced to try to find a new way to engage with the film community. Some ideas were simpler than others such as the previously mentioned appointment viewing and live tweeting films together. However, a radical editing collective came together to create what is one of the most fascinating projects born out of the pandemic.

Racer Trash’s first stream was a vaporwave remix of Speed Racer that aired on Twitch. Since then, they’ve done a multitude of vaporwave edits to films like Heat, Super Mario Bros., Independence Day, Crouching Tiger, Hidden Dragon, and many more. What started out as a few people separating out segments of a film to create a unique film watching experience during the pandemic has now made its way to this year’s Toronto International Film Festival. With a slimmer six movies in their Midnight Madness program as opposed to the usual ten, the Festival unofficially hosted three Racer Trash screenings where a Midnight Madness film might normally have been, using Toronto’s Royal Cinema (home to some of the city’s best film programming) as a venue for in-person screenings and Twitch for those unable to physically attend. The name of the event? Midnight Dankness.

The highlights of the festival for me were these Midnight Dankness streams, each one featuring a new vaporwave edit that had never been seen before. Usually running for two to three hours, the streams would include some of the work Racer Trash had done before, as well as edits of pre-roll footage from previous years of TIFF.

Those who attended in-person had their communal experience, but what made Racer Trash particularly captivating was that it was one of the few interactive, communal spaces for those attending the festival digitally. With Twitch chat at your fingertips and Twitter by your side, every moment was a shared experience that you might not have really felt just from watching movies during the four-hour screening window provided for the official TIFF selection. What was essentially a community experience during the pandemic kept its main draw while still delivering on some of the best edits they’ve done yet.

The first night featured a remix of 1992’s Candyman – a movie that had its world premiere in the Midnight Madness line-up of TIFF. Dubbed Can-D-Man, it was perhaps one of the weaker of the three feature length films shown but was still a mesmerizing experience that spliced in material from all over pop culture. Most of the allure for me is seeing where the editing team that worked on a specific segment was drawn to, usually finding somewhere to root the segment and then drift from there. Racer Trash edits are essentially watching someone re-interpret a film in a multitude of ways. It may not become a cohesive whole by the end with seams between segments rearing their head when they abruptly shift, but those who are familiar with the films already get to experience them through a different lens.

Canada ended up being a significant factor in the remix of the second night’s film, Brain Candy – an already surreal film from the iconic Kids in the Hall crew. For those uninitiated, it’s about the creation of an antidepressant pill that has the unintended side effect of causing people to be trapped in their happiest moment. It’s already a weird film. The Racer Trash edit says “Yes, but what if it was weirder?” featuring more acid-trip feeling visuals than Can-D-Man.

Each of these features were also accompanied by shorter edits of films that had aired previously, including You’ve Got Nails and The Abbadook – remixes of You’ve Got Mail and The Babadook, respectively. Unfortunately, I was still unable to catch You’ve Got Nails but The Abbadook I had not seen before and is exactly what you think it is: Abba songs cut over remixed segments of The Babadook. It is a consistently entertaining edit.

This touches on another reason Racer Trash has caught on in such a unique way. They don’t upload these Twitch streams later. Copyright concerns aside, the only full-length edit that’s actually available through them directly is Speed Vapor, their remix of Speed Racer. Otherwise, their website features a handful of clips. Not only does this make their Twitch streams appointment viewing, it also makes them even more of a single event. Sure, it’d be great to be able to rewatch Vapor Mario Bros or Heat.wav whenever I want, but there’s also something beautiful about capturing that theatrical experience. You can’t just go home and watch this movie again. You have to go back to the theater and soak it in. Except they’ve bypassed the need for physically being somewhere and brought that experience to a virtual community.

The streams also sometimes tap into the zeitgeist and the final night of Midnight Dankness was one for the ages. Every stream that week had featured remixes of the trailers for Denis Villeneuve’s upcoming Dune – itself playing at TIFF this year and arguably the most anticipated film of 2021. Those remixes set the stage for the final night when Racer Trash unveiled their edit of David Lynch’s Dune, titled Dune ‘84 ‘21. It was the logical conclusion to a week of Dune hype during the festival.

It also reinforced the notion that the live-only model is an invaluable component of what makes Racer Trash feel special. Dune ‘84 ‘21 was a timely edit that capitalized on the momentum of the festival. For those who were in the trenches watching films either digitally or in-person, the vortex of Dune was inescapable. Even when those attending digitally couldn’t see the film, it still dominated the conversation of the festival. The Racer Trash edit was also the cap to an already great run in what might be their only appearance at the festival. It may not have been in an official capacity, but that made it even better. Those who frequent the Midnight Madness screenings were treated to something that was both unique and tailored to their interests. Like chocolate and peanut butter, Midnight Madness and Racer Trash was the perfect combination.

As for Dune ‘84 ‘21 itself, it might stand as one of the collective’s best works to date. With a film as long and epic as that, they managed to tap into the weirdness of the world and the strangeness of the performances. They also featured a hilarious remix of Rick Astley’s “Never Gonna Give You Up” with Darude’s “Sandstorm”, so really they had my vote from the beginning.

It’s difficult to really put into words what makes Racer Trash so entertaining, but it is impossible to overstate how much joy their comfort brings to people like me who longed for being able to watch movies in a group setting and just enjoy the moment. There are already plenty of films being released that were made during the pandemic, either touching on the subject or avoiding it completely, but Racer Trash is an example of how artists can create unique works of art even when traditional means of doing so have dissipated. Seeing a group of creative individuals able to create experiences that rival some of the best films of the year at the Toronto International Film Festival is just the icing on the cake.