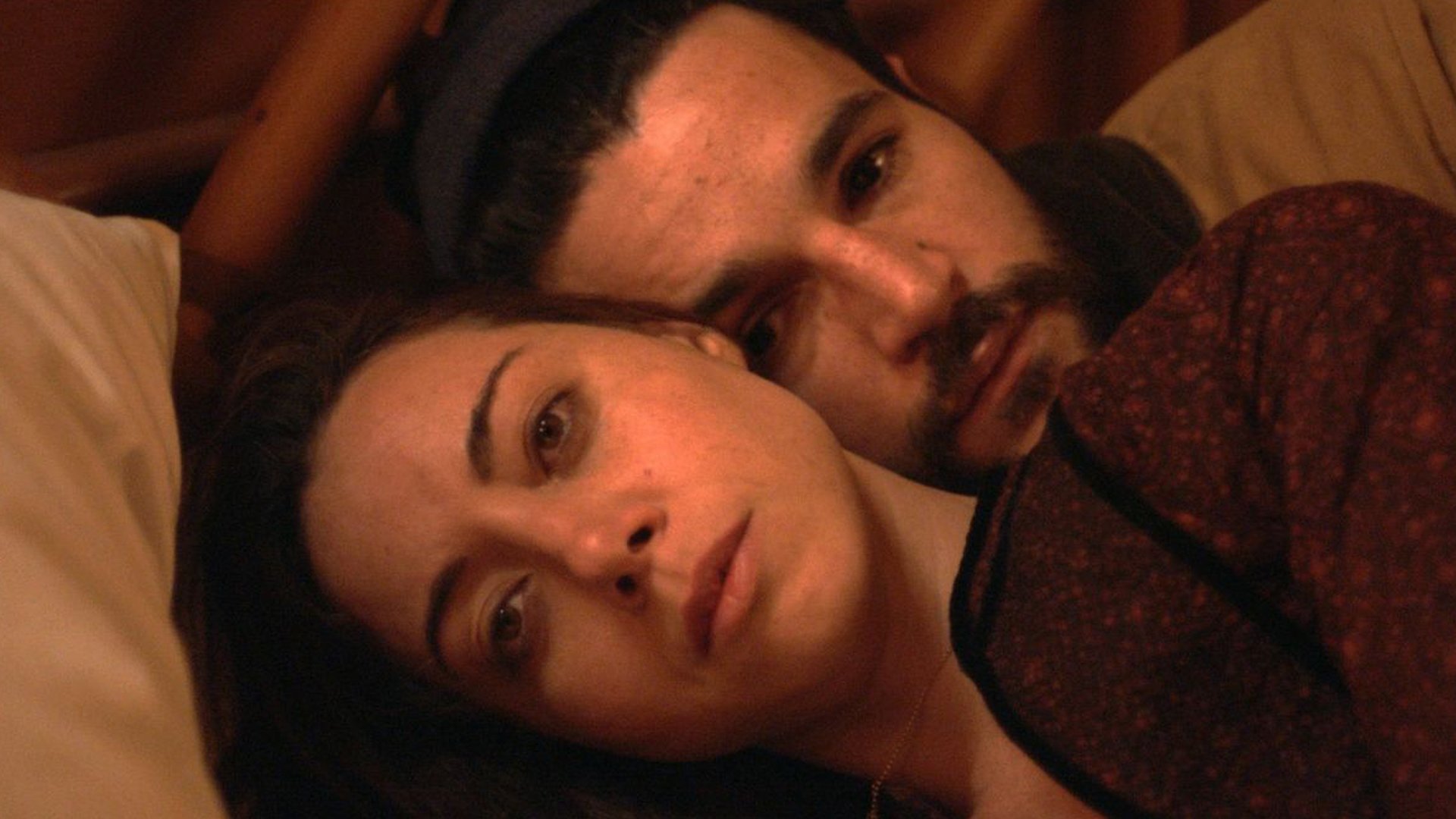 In Lawrence Michael Levine’s Black Bear, Aubrey Plaza stars as an actor-cum-director who has taken refuge behind the camera because her on-set tantrums have made her too difficult to work with. At least that’s what it seems like for the first 45 minutes until the film resets and she’s playing a character of the same name and in the same lake house, but now she’s a troubled actress toiling under a manipulative director who threatens to drive her mad. Levine’s film begins as an elegantly made but unremarkable thriller, before expanding into something larger, weirder, and far more interesting.

We first see Plaza’s character, Allison, from behind, as she sits on a dock on a lake in Upstate New York. She wears a red bathing suit and sits on a white and gray striped towel before she gets up to go back into the massive lake house looming in the distance. We’ll see a repeat of this sequence three more times throughout Black Bear, and it serves as a kind of reset for the different stories. Allison is staying in the lake house for an undetermined amount of time while she works on the screenplay for her next film. The lake house and the even larger main house that’s closer to the road are owned by Gabe (Christopher Abbott), who lives there with his pregnant girlfriend Blair (Sarah Gadon). It’s clear the three are in for a bumpy weekend from their first encounter, as Blair and Gabe seem to bristle at everything the other says. Allison doesn’t help matters, as she compulsively jokes to ease the tension, though most of her jokes aren’t that funny and make her seem more like a compulsive liar than an overly nervous person.

The first half of the film climaxes with a boozy dinner between the three in which the insecurities and jealousies of the couple come to the fore, where they mingle with Allison’s own toxic impulses and begin to metastasize. But as abruptly as it started, the first section ends, and after Allison is shown on the dock again, it’s revealed that she’s now filming a movie, with a film crew in a boat just off in the distance. Now Gabe is her husband and the director, while Blair is his other leading lady. Just as he explores gender roles and contemporary politics in the dinner discussion of the first half, Levine also examines the ethics of the film shoot and the ways in which Gabe manipulates Allison by faking a relationship with Blair in order to get a furious performance.

The tension and comedy work so effectively that it’s a pleasure just to keep puzzling over Black Bear long after it’s over.

Black Bear shares several stylistic similarities with Sophia Takal’s excellent psychological thriller Always Shine, which Levin wrote, acted in, and produced with her. That film also had a dual structure, and the same actors seemed to switch roles in the second part. It also was set in a house alone in the woods, and like Takal, Levine uses 1970s style zooms and jump cuts to create and eerie and disjointed aura. (Fittingly, he dedicates the film to Takal.) The first half is dark and sinister and economically plotted, but what’s so refreshing about the second half is how he opens it up and finds the humor that was lacking in the dour first half. Gabe is leading a film shoot that’s teetering on the edge thanks to Allison’s difficult manner and his tendency to try to destabilize her for the sake of getting real tears on camera, but the rest of the film crew provide plenty of comedic relief as they try to navigate the minefield the married couple has laid out. It’s also refreshing to spend time with other characters after being so intensely involved in the psychosexual dance going on between Gabe and Allison and Blair, even if it’s only for a few seconds. That said, it’s still plenty abrasive, and parts of the second section are reminiscent of Alex Ross Perry’s Her Smell, which turned the recording of a Riot Grrrl album into a horror story.

Levine wisely doesn’t make the connection between the two halves explicit, as that would make the movie seem too precious. The film being made in the second half isn’t what we saw in the first half, but it definitely rhymes. There aren’t any easy answers as to Allison’s role in the various stories, as she also exists beyond them in her framing scenes. But the tension and comedy work so effectively that it’s a pleasure just to keep puzzling over Black Bear long after it’s over.

Our Coverage of the NIGHTSTREAM Virtual Film Festival

Nightstream: 32 Malasaña Street is Terrifying Even When the Sun is Out