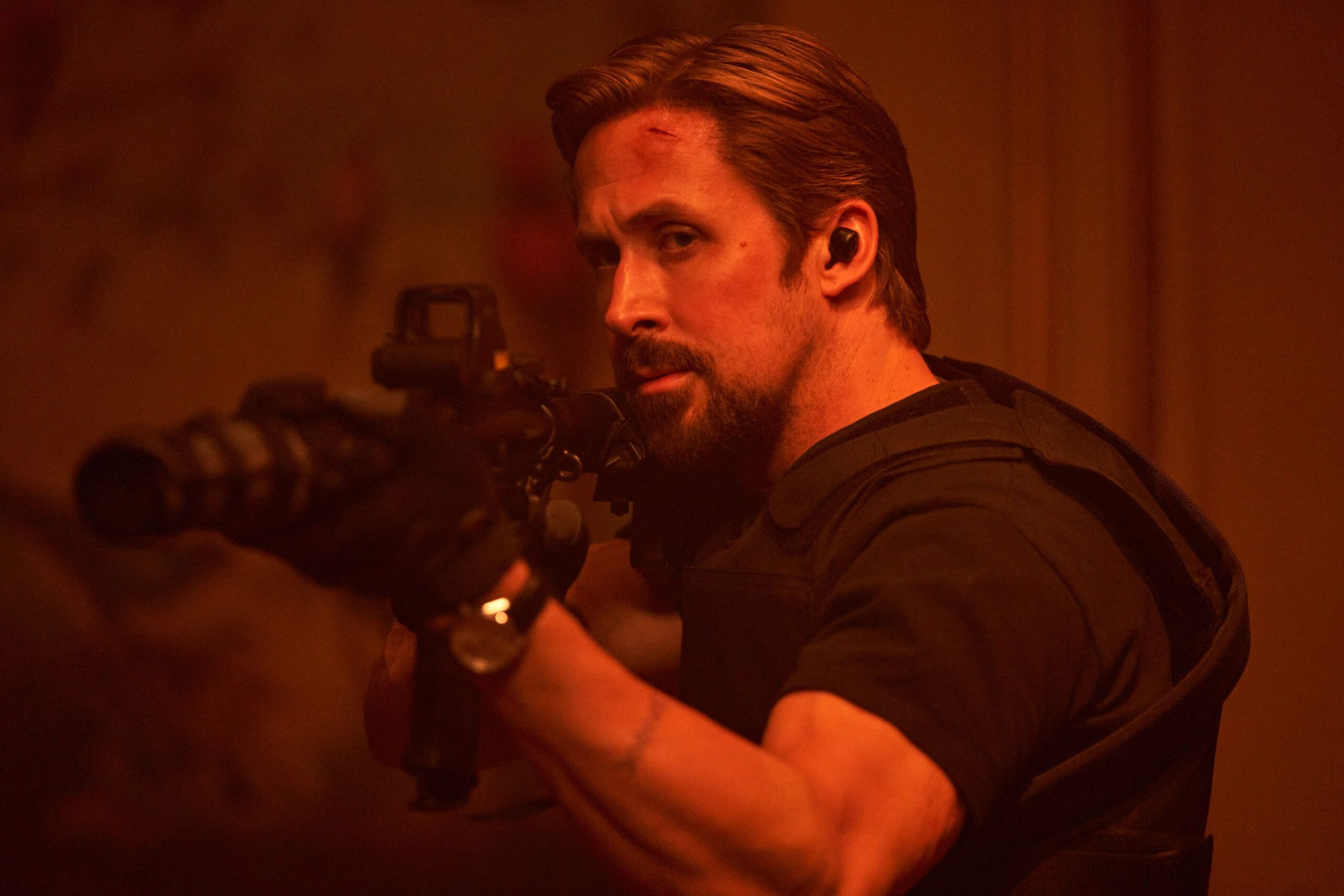 A “Grey Man” is someone who can seamlessly blend in with a crowd, as they’re easily overlooked, unnoticed, and ultimately forgotten. In other words, it’s a person who is often on the periphery of our awareness but doesn’t generate any notable stimulus. In this way, The Russo Brothers’ The Gray Man perfectly lives up to its title, as it is another indistinguishable entry in a long line of drab, empty, and derivative action films that will undoubtedly go unremembered. So why did it cost $200 million to make?

Netflix’s most expensive production to date follows Court Gentry (Ryan Gosling), aka Sierra Six, an undercover CIA operative who was recruited out of prison by his handler Donald Fitzroy (Billy Bob Thornton). When offered the chance to serve his lengthy sentence as an “off-the-books” agent, he quickly jumps at the chance. Now a grizzled veteran of eighteen years, his world comes crashing around him when he uncovers the agency’s darkest secrets, unleashing an army of international assassins on him, most notably the psychopathic Lloyd Hansen (Chris Evans).

The film is a globe-trotting adventure that borrows heavily from the Bourne and Mission Impossible franchises. But unlike those films, it lacks heart, creativity, and dramatic heft. This is most noticeably felt in the bland and uninventive action sequences. More often than not, they are bullet-ridden, CGI monstrosities that make it hard to stay invested in what’s unfolding on screen, sucking away any semblance of spectacle. The “Airplane Crash” sequence is a prime example. Its set-up is clever and engaging but once the action ramps up, it disappointingly relies on visual effects to carry it forward. Even Gosling is rendered a 3-D model when he finally leaps from the plane, and it distracts more than it thrills.

When compared to recent offerings like the mesmerizing “Halo Jump” in Mission Impossible: Fallout, which employed great practical effects at a markedly smaller budget ($178 million), a lot of what The Gray Man puts on the table falls flat. If more notable and inventive action films can accomplish their death-defying feats with smaller budgets, it begs the question: What did all this money go towards?

With one look at the cast, it immediately becomes clear. Although, the performances are surprisingly one of the better aspects of the film. Gosling exudes a natural charisma that is both endearing and captivating. He also shines in comedic moments, especially when his character is utterly exhausted from the never-ending onslaught of precarious situations. Ana de Armas and Billy Bob Thornton also provide serviceable performances that do the best with that they are given, with Armas particularly shining in her action segments. Chris Evans is a standout as the pompous villain. Rocking a glorious burly mustache, his energetic performance is clearly the result of an actor simply having fun wreaking havoc on screen. Once Upon a Time in Hollywood alum, Julia Butters also continues her streak of great child performances.

Tamil star Dhanush makes his first turn in a Hollywood feature, and while his performance can, at times, feel stilted, his action chops clearly shine above the rest. His action sequences are tight and focused, primarily relying on resourceful choreography that makes the best use of its surroundings, as one set-piece cleverly transforms various medical tools, like a defibrillator, into make-shift weapons.

Although the performances are a highlight, they do little to elevate a dull and cliched script, that is rife with eyebrow-raising dialogue. featuring implausible off-screen escapes, terminally ill characters predictably sacrificing themselves, and others having mysterious changes of heart, the film takes a lot of lazy shortcuts to its conclusion. For example, in one scene, a character blatantly murders multiple police officers in the line of duty, but later stops impeding the heroes because he unexplainedly deems those he works for as “not honourable people”. It’s these moments, which don’t align with what has preceded it, that cheapen the various emotional arcs of the film.

In terms of its visuals, the film, unfortunately, wears its title like a badge of honour. Despite the vibrant and colourful opening action scene (Which features a kaleidoscopic Bangkok), the rest of the film is a disappointingly muddled concoction of dark hues that not only make it difficult to decipher what’s happening but utterly impossible to distinguish it from the horde of other bland action films on the streamer. It’s disheartening to know all this money went towards a frustratingly safe and formulaic piece of filmmaking.

It’s no surprise that with Netflix investing boatloads into projects like this, their subscriber count took a huge hit in 2022 (losing 200,000 subscribers in the first quarter and expecting to lose two million more in the second). But perhaps some good will come from this loss, as it will serve as a wake-up call to greenlight smaller, more inventive projects with some modicum of staying power. But with The Gray Man lazily setting up a sequel, and a prequel featuring Evans already penned, it looks like this uninspired mindset is here to stay for the time being.