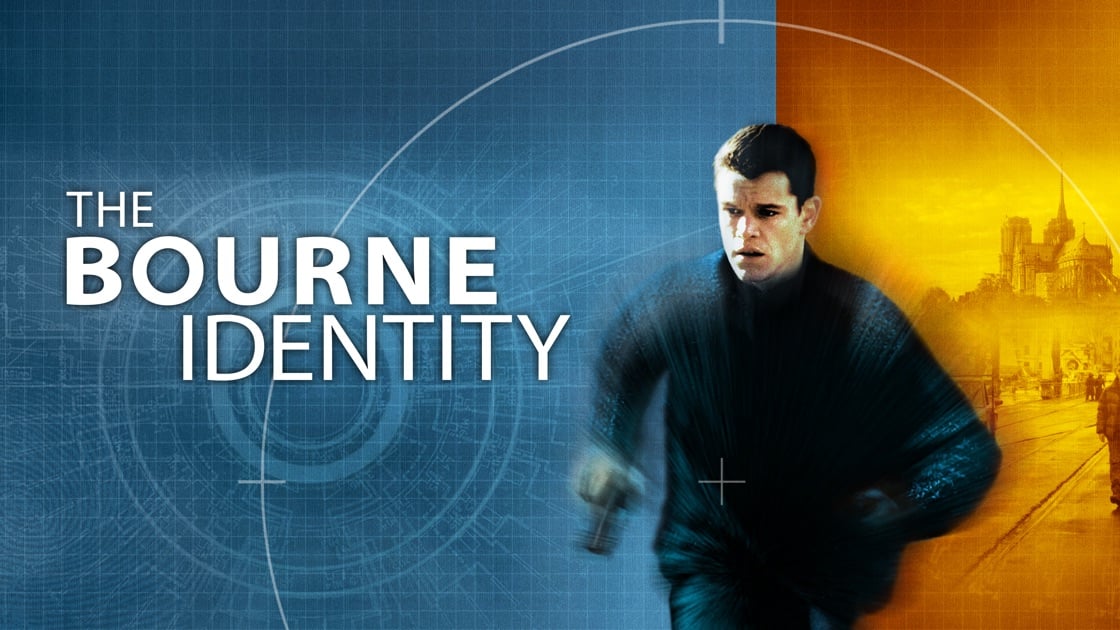 What does it mean to stand against the grain and make one’s own mark? 20 years ago this month saw the release of The Bourne Identity. It is based on a successful book series from author Robert Ludlum, although not on the same level of recognition as Ian Fleming or John Le Carré. Its theatrical distribution was prefaced with a moderate amount of marketing fanfare. The cinematic landscape, be it regarding the summer of 2002, Hollywood blockbusters in general, or espionage action-thrillers in particular, was about to receive a wake-up call from this mid-budget endeavour.

In a nutshell, the Doug Limon-directed thriller follows the journey of amnesiac Jason Bourne (if that is his real name), played by Matt Damon. Found on a dark and stormy night by a fishing boat in the Mediterranean, the protagonist has no recollection of who he is or why he was adrift at sea. The two bullet holes in his back and a microchip lodged in his hip revealing a Swiss bank account surely means something. In Zurich, he makes the acquaintance of Marie (Franka Potente), desperate for cash and with nothing to lose. Together they piece together the mystery of Jason Bourne, his remarkable assassin skills, and why the CIA, led by Chris Cooper and Brian Cox, is out to kill him.

The summer of 2002 overflowed with large-scale Hollywood entertainment at the theatre. Who can forget the first weekend of May, the traditional first start of summer as per Tinseltown marketers? Sam Raimi’s Spider-Man exploded onto screens, in many ways leading the path to where the industry is today with respect to the superhero craze (2000’s X-Men did some of the lifting). The Star Wars prequel trilogy continued with Attack of the Clones, Scooby-Doo was cinematically translated to the silver screen, Steven Spielberg and Tom Cruise joined forces for Minority Report, and Will Smith returned in Men in Black II.

Every summer movie season needs a few weekends of downtime. Granted, 2002 also saw the release of the gangster drama Road to Perdition. Even so, most audiences knew Tom Hanks could play just about anything and Mendes had already made a name for himself with American Beauty. Expectations were tempered for The Bourne Identity. Were it a 1980s or 1990s film, Universal might have sold it as THE film to see that year. But the early 00s saw a changing of the guard as far as what is considered obligatory summer entertainment.

The Bourne Identity clicks along at a solid pace by sowing together three intricate, thematically rich, and character-driven storylines. Viewers witness the protagonist’s confusion, the curiosity of the audience surrogate Marie, and the CIA desperately trying to clean up a mess they made. Yes, there are action scenes, some quite good and elaborate. Limon’s picture is what some describe as a grownup action movie. Between the punches, car chases, and gun fights is a web of intrigue that has as much to say about human nature as it does how powerful institutions mess things up for the sake of homeland security.

The Spy Who Went Out to the Cold

Whereas most blockbusters that came out in 2002 were bright and lively, Identity is a somber, chilly affair. Watching it the other night served as a reminder that the only moment in the entire film that depicts a pleasant day is the very last scene when the lovers reunite. The occasional Christmas trees in the background of banks and homes indicate that the story is set sometime around the holiday season. From the port of Marseilles to downtown Zurich, the Parisian urban jungle, and the French countryside, Identity’s world is painted with muted colours. Grey and brown dominate, thus making little details like Bourne’s red shoulder bag or orange sweatshirt stand out.

The cinematography and colour palette lends the movie an extraordinary sense of isolation. It is one thing to feel alone against the world on a bright summer day, conditions under which most people watched the movie in 2002. It is another to be under threat and duress in snowy, rainy, overcast, and chilly conditions. Not only are humans out to get the hero, but the climate makes the world so much more uninviting. To director Limon’s and the editor’s credit such moments are given their due. A shot of Bourne warming his hands as he waits outside a Zurich bank, the snowy mountain view during the drive to Paris, and arguably the most effective shot of in film, an isolated Bourne standing outside at night in the snow, somberly looking down at his own foot tracks.

The Bourne Identity takes a different route. In an ironic twist, 4 years later in Casino Royale, Judi Dench’s M describes Daniel Craig’s Bond as a blunt instrument. Many have pointed out how the early Bourne films greatly influence the early Craig Bond adventures. Even Casino Royale gives in to some glitz and glamour of the 007 lifestyle. It isn’t as though Bond is playing poker against Le Chiffre in a trash dump. Limon and company strive to give their protagonist a rawer treatment. The entire point is that a person wakes up, unaware of who they are, and discovers over the course of their journey that they were in fact very, very bad.

Casting Damon does much of the heavy lifting. Not only is he a great performer, but in 2002 his boyish good looks displayed a healthy earnestness about them. His character can’t be that evil, can it?!? Bourne acts as much in good faith as he believes he can throughout the film, especially towards Marie. The final reveal lands with sublime impact. He was an assassin. A tool and a weapon belonging to the United States government to sweep people it didn’t care for under the rug. M would be proud

The Bourne Identity marched to the beat of its own drum. It distanced itself from the summer season movie offerings, played its cards differently than most spy thrillers that were coming out at the time, and even shot Matt Damon to higher stardom. Before Identity, few envisioned him as a great action star. Here he was laying world-class killers to waste. For more on that, check out a recent episode of Do You Expect Us to Talk? podcast.

As the end credits roll and Bourne has his memory back, the audience realizes they’ve seen a film that’s hard to forget.

This Supercut of Seinfeld Movie References is Truly Fantastic