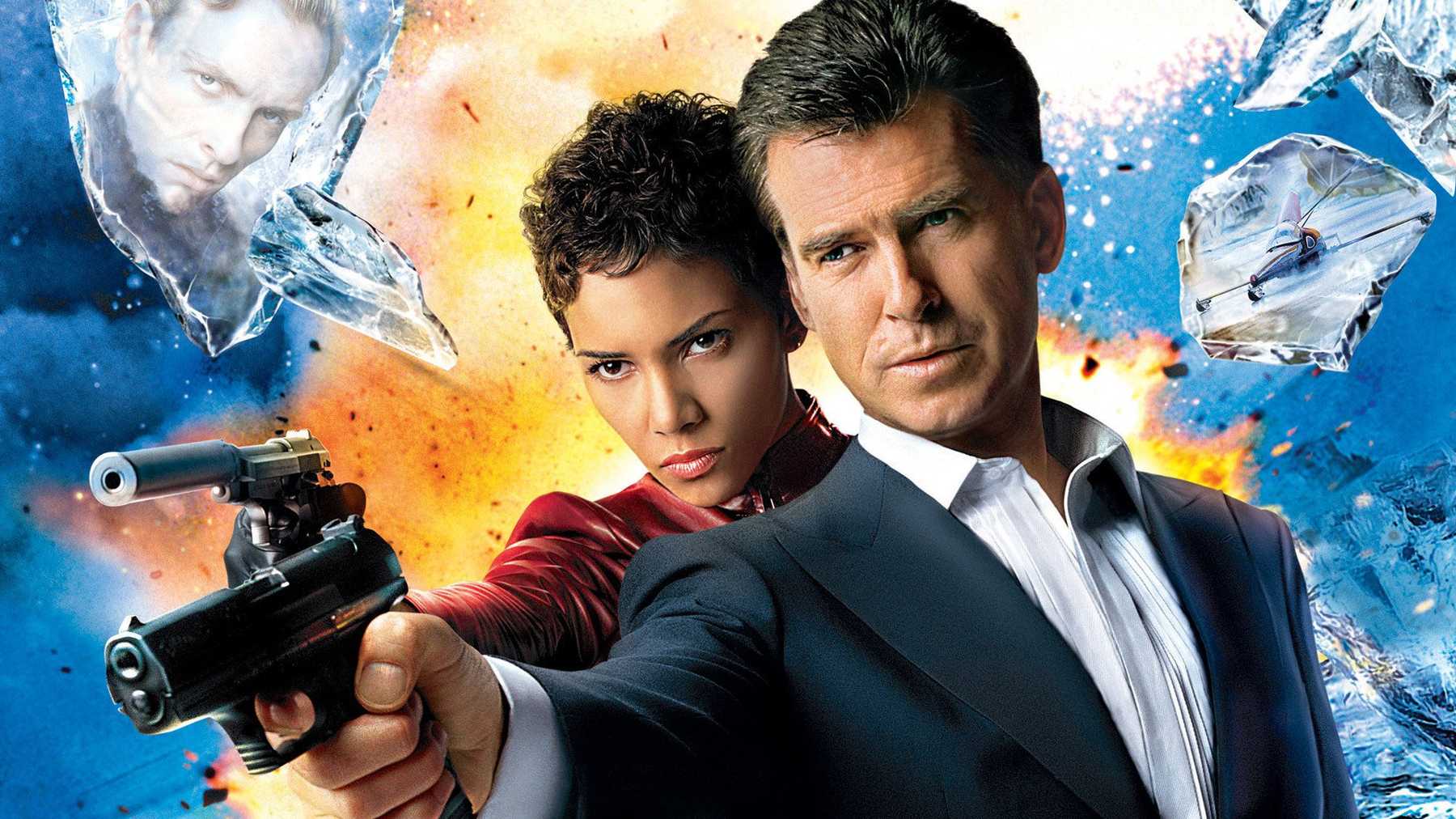 The end of Die Another Day’s first act provides a set up to what could potentially have been one of the most freshly original Bond installments, an opportunity to explore deliciously dark corners of the iconic spy’s psyche. Forward wind an hour and the last major set piece leading up to the film’s climax includes an invisible Aston Martin dodging a minigun and stinger missile shooting Jaguar in an ice castle and a CGI Bond surfing laser cannon induced tidal waves. Between time spent with faces buried in palms, the audience must have wondered exactly how it all went so wrong.

Twentieth Bond outing and the last performance in the series by fan-favorite Pierce Brosnan, the expectation was that Lee Tamahori’s take on 007 would send the Irishman out on a high and settle murmuring discontent caused by the wobbly Tomorrow Never Dies and The World is Not Enough. Instead, huge box office success was not enough to offset the franchise crashing and burning into a sea of incredulous effects and Stephen Sommers-esque silliness. The fact that the grittier, more grounded reboot launched by Casino Royale was employed long after the dust had settled is no coincidence.

A routine excursion in North Korea sees Bond take out rogue Colonel Moon but, unfortunately, run foul of the man’s political heavyweight father, leading to a fourteen-month stint of imprisonment and torture at the hands of his troops. This hell comes to an end when Bond is finally released in a prisoner exchange which sees Moon’s permanently scarred right-hand man Zao (Rick Yune) head the other way. Bearded and disheveled, Bond has his 00 status rescinded and is ostracized amidst suspicion that he has leaked information. Given what he’s been through, Jimmy is far from pleased and mounts an illegal and unofficial hunt for Zao using his own contacts.

This leads him to the Caribbean and NSA agent Giacinta ‘Jinx’ Johnson (Halle Berry), also on the Korean’s tail. Though the diamond-studded villain escapes his clutches, Bond learns of the involvement of mysterious British billionaire Gustav Graves (Toby Stephens), who is developing a satellite capable of creating artificial sunlight. Naturally, Graves is already a person of interest to MI5 and even has an undercover agent, Miranda Frost (Rosamund Pike), on his staff. On to a winner, M (Judi Dench) returns Bond’s privileges and sets him and new ally Jinx off on a twist-packed showdown in Iceland.

As well as being Brosnan’s last hurrah, the film’s billing as the 20th Bond film meant plenty of nods and winks to previous efforts, from iconic visuals to throwaway references. The fact that the Icarus program feels like a lazily conceived hybrid of Goldeneye and Diamonds are Forever’s main plot points means, however, that the ‘respect’ for the series also resorts to wholesale borrowing while also implementing action sequences and contrivances that somehow seem too over the top in a franchise already on shaky ground when discussing the finer points of realism.

And this is where Die Another Day ultimately flounders; the daft larks quickly descend into bare-faced stupidity in search of new thrills, culminating in some of the worst moments that the series has to offer. Aside from the near-supernatural feats in the endgame already mentioned, there is an awful song that dampens the otherwise excellent opening courtesy of another past-it pastiche Madonna, who also shows up in an equally dismal and pointless cameo, virtual reality training, and a literal heart-stopping scene that push the boundaries of camp incredulity and, in Halle Berry, a poorly handled Bond girl high on sex appeal but low on anything else worthwhile.

Considering that ‘Jinx’ ends the film as almost a secondary protagonist, with the final battle on board a Hercules transport plane mounted as a double act, you would expect a great cinematic foil and a woman who might finally come across well as a female Bond. Instead, she is more often than not just as hapless and bland as the bimbos of the past despite her combat training and is far less interesting than Rosamund Pike’s more complex but ultimately disappointing Miranda Frost. The fact that a spin-off film was mooted for the near-useless NSA stooge is utterly mind-boggling.

The film’s villains are prone to the same problems, all set to be interesting and dynamic but ending up as two-dimensional and far from compelling. Toby Stephens, a relative unknown, snarls and hams it nicely as Gustav Graves but the character is subject to an ‘ugh’ causing reveal which grows in idiocy with every moment spent considering the fact, while Rick Yune’s Zao is given little of substance to do other than ‘grin with a nasty face’. Their arc would have been at home in a sci-fi thriller but loses any possible gravitas in its setting.

If those warm to the merits of the film are to be believed, the main source of joy to be brought from Die Another Day is the very thing that makes it so unapologetically lame: its ridiculousness. It would certainly be hypocritical to demand pathos or harsh reality from a Bond outing, but the sheer level of absurdity here is too hard to swallow, especially when complemented by Kiwi director Tamahori’s inappropriate penchant for slow-mo and freeze-frame at critical moments. While the fencing scene and the film’s early stages show his talent for action, it’s more often than not the wrong kind of action, though he’s hardly helped by a terrible script that even makes the flirts ham-fisted.

Indeed, the best things about the film are the most tragic; its untouched promise. After being released under regrettable circumstances from over a year of utter deprivation, shorn of his license, and professional pride, one expects roughed up Bond to go bad agent on us, no longer constricted by a protocol. Instead, he just goes about his business, as usual, wasting Brosnan’s acting chops and a mountain of potential brilliance, and M reinstating him does nothing to the plot. Indeed, Bond’s ‘expulsion’ from MI5 could have been edited out in post without any noticeable effect.

Fortunately, four years later a new line of thinking and the casting of Daniel Craig rescued and rejuvenated the Bond franchise, meaning fans were now excited about new films being released as opposed to dreading what new lows could be hit. As a piece of utterly disposable pulp, Die Another Day has some entertainment value, but as a critique, this is simply not good enough, even for second-rate Bond. And this is most certainly second rate.

You Only Live Twice – is Undeniably an influential Bond film