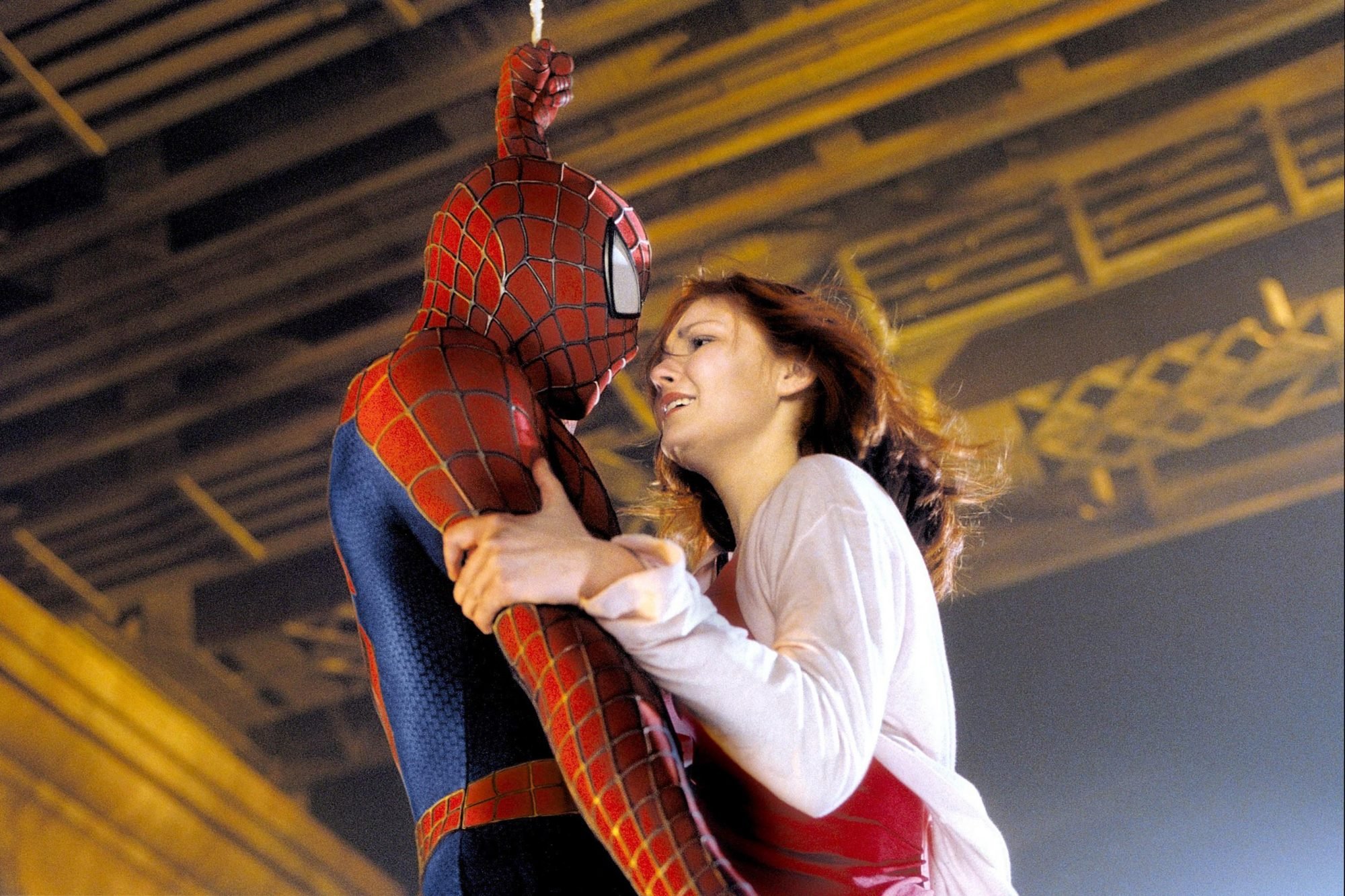 There have been so many Spider-Man movies made in the last two decades that one of them, last year’s Spider-Man: No Way Home, combined the casts of three previous films. But there once was a time when getting just one Spider-Man movie made was a seemingly impossible undertaking.

In fact, there was never a studio-made, live-action Spider-Man movie until 2002, about 40 years after the character debuted in the comics.

There were attempts throughout the ’80s and ’90s to get a Spider-Man movie off the ground, at a time when superhero blockbusters were far from the sure thing they are today. At one point, Roger Corman almost made a Spider-Man movie. At another point, James Cameron nearly did and was even eying Leonardo DiCaprio to play Peter Parker. Those of us who followed the early movie-rumor websites like Corona’s Coming Attractions and Dark Horizons remember all the Spider-Man movie rumors of that era.

These projects had a tendency to fall apart whenever another big superhero movie flopped, whether it was Superman IV: The Quest for Peace in 1987 or Batman & Robin a decade after that. But ultimately, the Spider-Man movie went into production in 2000, with Sam Raimi directing and David Koepp writing, not long after Sony picks up the rights to the Spider-Man character. DiCaprio pal Tobey Maguire, who exuded a certain boyishness, despite being about 20 when the movie was filmed, was cast as Peter Parker/Spider-Man.

The first movie is a classic origin story, going through the basics of how Peter got to be Spider-Man. There’s the established crush on Mary Jane (Kirsten Dunst), the spider bite, the death of Uncle Ben, and the confrontation with former mentor Norman Osborn/The Green Goblin (Willem Dafoe.)

We know how well the formula was executed because when the origin story thing was done all over again, less than ten years later, in The Amazing Spider-Man, it wasn’t done nearly as well. And at this point, we’ve seen Uncle Ben die almost as many times as we’ve seen the deaths of Batman’s parents.

The 2002 original Spider-Man has the sort of story that just never gets old, while the film added touches like the famous Maguire/Dunst upside-down kiss (the two stars dated for a time, after the production.)

The Raimi Spider-Man films are known for having a distinctly post-9/11 feel, especially the second one in 2004, which is the case for a lot of movies shot in New York around that time period. The first Spider-Man was filmed mostly before the attacks, although some reshoots took place afterward, and the filmmakers did remove shots of the Twin Towers.

Despite how risky it was seen for so long, the 2002 Spider-Man was a massive hit, becoming the first movie ever to gross $100 million in its opening weekend. Per Box Office Mojo, it ended up with a worldwide gross of $825 million, which is a non-inflation-adjusted number that now ranks it 84th all-time, behind four other Spider-Man movies. That includes last December’s Spider-Man: No Way Home, which is 6th all-time with nearly $1.9 billion.

The first Spider-Man isn’t the best of Raimi’s three Spidey films; that would be Spider-Man 2, which followed two years later and remains, in my opinion, the best superhero movie ever made. But it’s still a very important film, one that set the template for how Marvel superhero movies would look for the next 20 years. And the first film, nearly everyone agrees, is better than the third.

From the action sequences to the pace of the plotting to the incorporation of the vision of an auteur director into established comic book canon, the 2002 Spider-Man was the beginning of many traditions that would come to superhero movies in the coming years. The way Spider-Man is shown swinging through Manhattan skyscrapers has been one of the major constants of all the films; that came from the original as well.

And of course, the film was notable enough that its story arc continued in last year’s Spider-Man: No Way Home, with both Maguire and Dafoe reprising their roles. It even had a Stan Lee cameo, although a bit more subtle than the ones that would follow later.

There were Raimi’s three Spider-Man movies in the early aughts, followed by the two Marc Webb-directed Amazing Spider-Man films a while later. The decks were reshuffled again in order for Spider-Man to join the MCU, with Tom Holland taking over the suit for three films so far, not including the character’s various appearances in Avengers and Captain America movies.

And that’s not to mention the Oscar-winning Spider-Man: Into the Spider-Verse film, which many consider the best Spidey outing of them all. The character even found his way to the Broadway stage with the controversial, turmoil- and injury-filled Spider-Man: Turn Off the Dark. According to Song of Spider-Man, the fine memoir by the show’s book author Glen Berger, there were plans for a movie adaptation of that, as well, had it been more of a hit, although it did last on Broadway for two and a half years.

Once again, the 2002 edition of Spider-Man may not have been the best Spider-Man movie, but it was certainly the most influential. Had everything gone wrong with it, there’s a good chance the motion picture landscape of today would look very different.

10 Years Ago, The Avengers Delivered the Hype