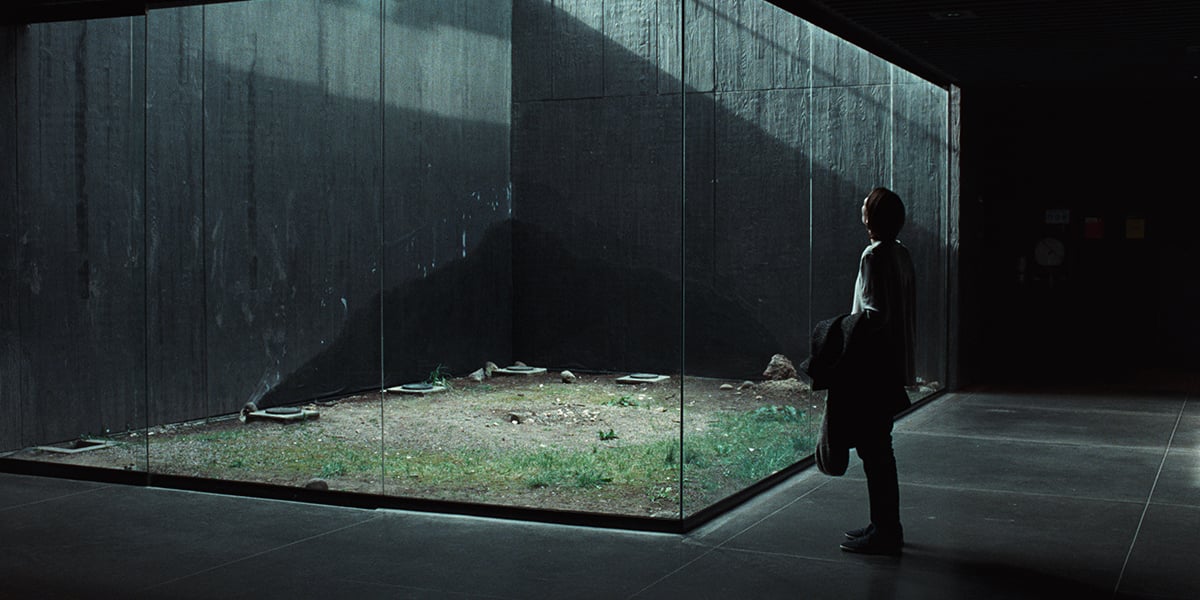 Apichatpong Weerasethakul’s latest film, Memoria, is a metaphysical journey through history, time, and experience presented in a patient and meditative manner. Such is par for the course from the Thai director whose previous works are just as deliberately paced and reflective, as evidenced by films like Cemetery of Splendor and Uncle Boonmee Who Can Recall His Past Lives. Memoria isn’t going to win over those not already on Apichatpong’s wavelength, but there’s a unique and rewarding experience to be found in this spellbinding quest to find the origins of an unknown sound.

Set in Colombia, Memoria follows Jessica (Tilda Swinton) as she travels through the foreign country to visit her sister (Agnes Brekke), eventually stopped in her tracks by a sound that begins to haunt her. She hears it when she lays in bed, when she eats dinner, and as she goes about her everyday routine. With the help of Hernán (Juan Pablo Urrego), a young sound engineer, she attempts to find the source of such an enigmatic sound.

Every frame in Memoria is gorgeous and the camera remains transfixed on it for just long enough that even when Jessica finds herself moving on, the audience gets a little extra time to ponder the images. Like a museum or an art gallery, the film is deliberately structured so audiences are not bogged down by the narrative – the film has little to speak of – but instead hypnotized by the experience. It’s not just visually either as Apichatpong employs some of the best sound design to create a sonicscape equally as engrossing as the luscious Colombian landscape or the gorgeously-lit concrete structures that Jessica finds herself frequently inhabiting.

Working in its favor is Swinton: an actress who can both commandeer and be enveloped by the screen at the same time. She’s the perfect accompaniment to Memoria as she maintains engagement from the audience long enough to make them want to experience what she is experiencing on screen. Frequently the camera finds her contemplation just as enrapturing as the source of her interest, but most importantly is that her mostly silent performance stokes interest in the audience to find those images as moving as she does.

It’s worth noting that at the time of this writing, Memoria is also bound to be a permanently communal experience, unlike other films. Playing in a single theater at a time to a single audience, with no plans for a home video release, Apichatpong’s latest aims to capture the same collective feeling that permeates throughout the film. As exemplified by its barebones plot, Memoria is clearly not intended to be a movie you watch; it’s a movie you experience. That’s not to say that other films are not intended to have the same dedication to cinema but by the end of its 136-minute runtime, there is no questioning that it would be a massively diminished experience anywhere but in a theater.

This is largely due to the fact that Memoria focuses on characters experiencing something nebulous: a sickness that they can’t pinpoint the cause of; a sound that can’t be explained; or, a memory that shouldn’t be known. As evidenced by Apichatpong’s prior works, he’s always trying to tap into a collective unconscious but Memoria feels like the most overt attempt yet both in presentation and exhibition. It can be an inscrutable film if patience isn’t given to it, but perhaps it’s the job of the director to ensure no audience member is left behind. If that’s the case, it’s a valiant effort that manages to hook the viewer in with a mystery while enveloping them in the mystery itself.

The Creature Feature We Didn’t See Coming: It Follows

Parallel Mothers is Another Tale of Unsung Motherhood From Pedro Almodovar