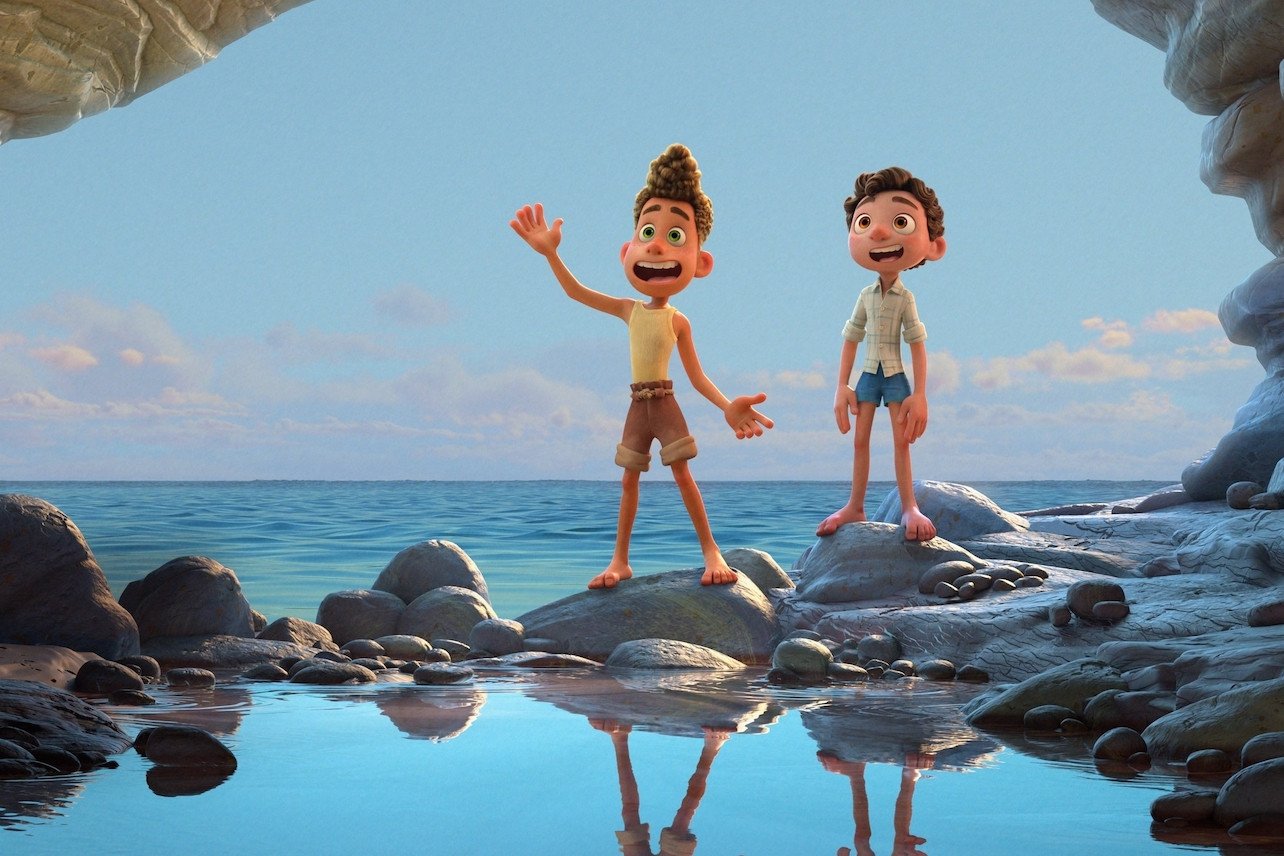 In the grand scheme of Pixar’s magical and inventive storytelling, Luca is a modest addition to its animated film roster.

This fish out of water tale boasts a shallow plot, and its conflict lacks the emotional gut-punch moviegoers have come to expect from these stories. But for what can be a surface-level story at times, this film’s passionate themes of friendship will surely break a few hearts.

Even as the final battle between sea creatures and humans fizzes out in favour of a happy ending, the abundance of love and inclusivity on display encourages those watching to let their expectations go and ride this beautiful wave of positivity to shore.

Luca may not be Pixar’s best, but it’s still pretty darn good.

The familiarity of this blissful summer fantasy is something children of all ages will gravitate towards. The themes of acceptance and found family are ones they will find solace in too.

Luca captures the comfort of a hot day on the front porch with a glass of lemonade and the excitement of bike rides through the winding neighbourhoods of hot asphalt. It is the kind of film praised for its ability to transport viewers to a foreign world. The greater triumph of this coming-of-age tale is its ability to portray what it feels like to be a child on the cusp of summer, the world at their fingertips and best friend at their side.

The friendship between Luca (Jacob Tremblay) and Alberto (Jack Dylan Grazer) is the heart of this story, and for a good reason. Tremblay portrays the quiet conscious to Grazer’s reckless wisdom. Together they bring a fun balance of chaos and passion to these loveable characters. By building the film’s foundation on such a dynamic relationship, Luca and Alberto can afford to explore more outlandish sea monster storylines without losing sight of what connects them to the audience.

While the film leaves plenty of room for speculation about where this friendship will lead these boys in the years to come, it is comforting to see Luca and Alberto do away with the harmful views of western society’s masculinity and physical affection. The film celebrates their friendship without restraint, and the story is much better off for it.

Yet, kind-hearted and intelligent Giulia is tragically underappreciated in the grand scheme of things. She is often reduced to a plot device to edge the boys closer to the Portorosso Cup, and it would have been nice to see more of her reflected in the greater plot.

With Luca, it is often the smaller players that leave an impact on this tale. Massimo’s desire to be a parental figure for Alberto is such a sweet thread to follow throughout the film. As is the reveal that the ladies Alberto called “stupida” are sea monsters in disguise. None are quite as delightful to watch as Daniela (Maya Rudugh) as she obliterates a small gaggle of children at football during her quest to find Luca.

Moviegoers will come for the story, but it is the breathtaking animation that will encourage them to stay.

Luca’s world is a candy-coloured fever dream of warm sun-drenched boardwalks, gleaming stone fountains, and rich Italian architecture. It is a fantastical feast for the eyes that leaves behind a feverish hunger for more — more twirling pasta noodles, more rooftop escapades, and more interactions with the quirky locals.

The cozy seaside village of Portorosso is alive with potential. It’s this film’s fourth character, transporting a slice of authentic Italy to Disney’s streaming platform and making the case for why, even in its most superficial moments, this story is still incredibly likeable. The choice to have Luca and Alberto’s journey revolve around an island-wide race is brilliant as it allows us to soak in every detail of this animated masterpiece from the deepest depths of the ocean to the tallest cobbled hillsides.

Luca’s whimsical depiction of the Italian Riviera is, in many forms, a Vespa for those watching; it is the dream to seek out adventure with a close friend, and it is the desire to one day soon see the world beyond one’s current confines.

One cannot help but root for Luca and Alberto to find their way back to each other, if only so viewers have an excuse to revisit this warm coastal destination and its comforting beats of friendship in the summers to come.

In a heatwave of heavy subject matter, Luca’s light and breezy story is a welcoming reprieve.

Naomi Osaka— an Intimate Look at the Tennis Star