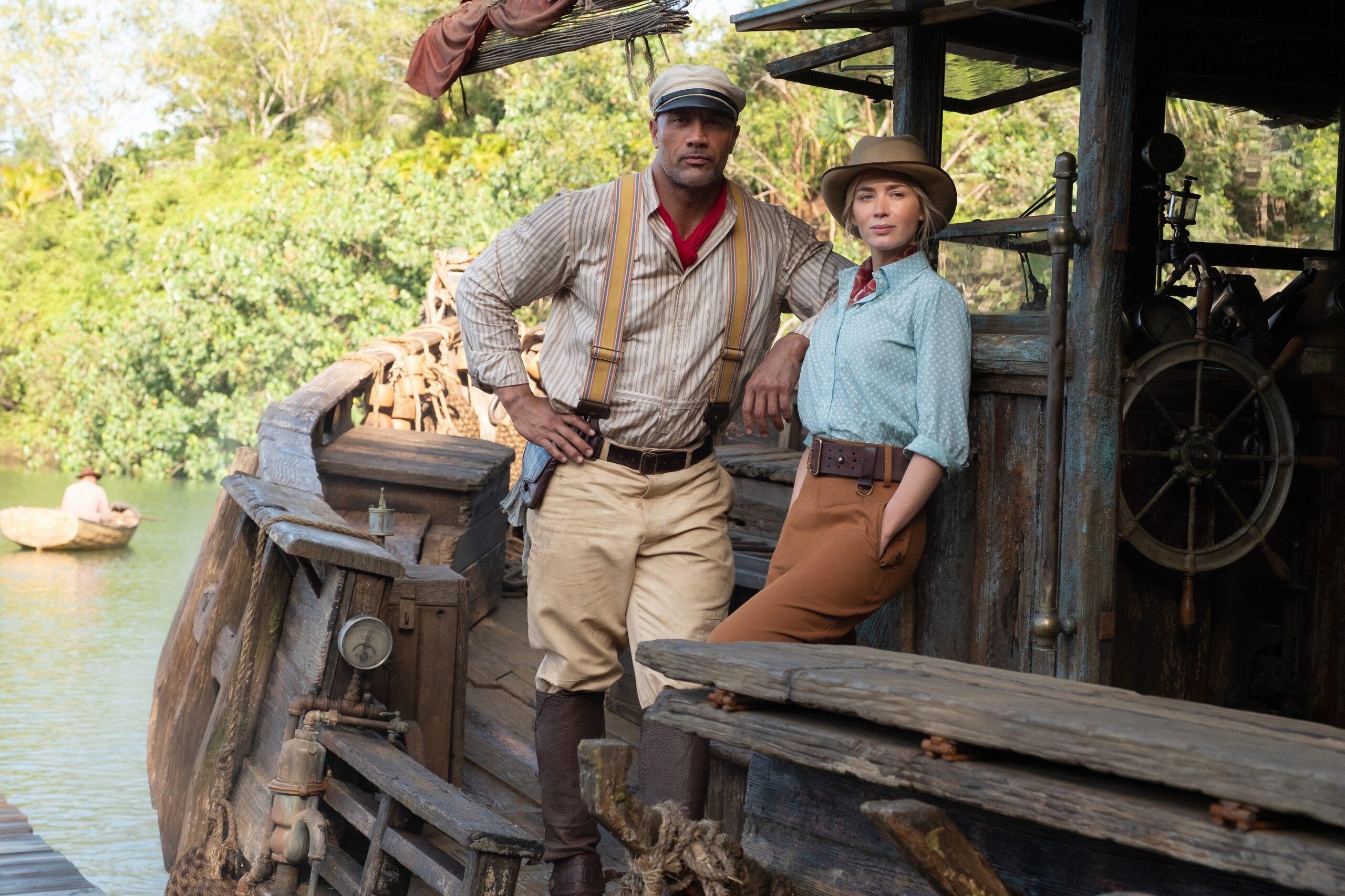 Jungle Cruise is wholesome summer fun transcended by a cast of merry characters.

This latest Disney amusement park ride turned blockbuster captures the essence of The Haunted Mansion and Pirates of the Caribbean with a jampacked joyride of deadly CGI creatures, elaborate curses, and dad jokes that will entice the most reluctant of passengers into giggling submission.

It’s also just a lot of fun to watch. The mesmerizing mayhem of this riverboat journey is a delightful throwback for fans of the old-school adventure genre with chemistry that practically jumps through the screen.

Above all, Jungle Cruise‘s swashbuckling safari tale is a love letter to the immersive theatre experience and a reminder that there’s no feeling quite like going to the movies.

This high-octane adventure is orchestrated to be a crowd-pleasing affair from start to finish. Not only does the film have pitch-perfect chemistry between stars Emily Blunt and Dwayne Johnson, but no expenses are spared in bringing this expansive voyage to life. The ability to do everything just right suggests Jungle Cruise is manufactured for mass-market success.

That may not lead to the most inspiring of plots, but when it comes to film adaptations of theme park rides, inspiring isn’t a necessity. Entertaining is and this action-adventure never really stops being enjoyable to watch.

Its surface-level story may very well be coldly engineered to please, but there’s nothing unpleasant about the joy this film musters as it chugs cheerfully downstream. Those that can let go of expectations and allow the physicality of this action-heavy plot to delight and distract will find themselves having a good time as they float along.

This relaxing summer escapade won’t compel anyone to tears and it won’t reveal pools of rich depth as the film trudges deeper into the Amazon, but not many will be compelled to leave this story complaining and in a day-an-age where quantity overpowers quality, that has to be worth something.

As manufactured as its success may be, Jungle Cruise is hardly mindless.

That success can be contributed almost entirely to Blunt and Johnson’s chemistry.

The two are spectacular leads. These two notable stars expertly navigate treacherous waters with a contagious charm and amusing stubbornness. It’s a comradery that hardly feels inauthentic. Their superb on-screen connection is so compelling, it elevates scenes that are more than happy to coast on integrate CGI battles and Jesse Plemons’ questionable German accent.

Much of Jungle Cruise’s ability to create an enjoyable atmosphere on the river has to do with the phenomenal assault of banter on display between the film’s leads.

Blunt and Johnson are absolutely unrelenting as they volley insults back and forth, supercharging the magnetism between them with each scene. This capsized caper expertly uses their insulting love language as a backtrack to the high-energy action sequences, creating a beautiful marriage of comedy and heart-pounding conflict.

There’s hardly time to fall asleep to the lull of the river in between action sequences when this cast dares to fill the silence with such fun quippy dialogue.

It’s also rather nice in a movie where much of the plot is straightforward entertainment, the characters are brought to life individually with affability.

Blunt’s Dr. Lily Houghton is, for effect, a girl boss born into a time that does not appreciate her free-thinking pants-wearing ways. More importantly, Lily is a loveable and strong female lead who comically dives headfirst into problems before dazzling the audience with her quick-witted problem-solving skills.

Johnson brings a familiar likeability to skipper Frank Wolff as this story’s steady guiding hand. His love for trickery and illusions elevates this predictable journey with elements of genuinely enjoyable suspense. Nothing is quite as great as Frank’s fondness for puns, which have a habit of popping up at the most inappropriate times.

Jack Whitehall’s McGregor is an adorably fun, fish-out-of-water addition to round out this cast of adventures. However coded his coming out is, it’s still nice to see Disney acknowledge a character’s sexuality.

Then there’s the star antagonist. It’s about time a franchise saw Plemons’ potential to be the next great Disney villain and after his memorable performance in Game Night, how could they not? The German accent and submarine are a little much, but his unhinged plot device of a character is still a fun addition to this loaded plot.

Jungle Cruise hits the ground running with fast-paced high-jinks and even faster-paced dialogue. This high-energy chaos carries the first half of the film with an undeniable purpose and contagious virtuosity as the story is woven around street vendors, hoisted up onto rooftops, and forced into confined spaces below deck with friendly CGI cats.

It’s an onslaught of assaulting activity that hopefully never stops coming until unfortunately, it does. The infectious energy and immersive buoyancy of the film’s first half lose steam as this adventure sails too far into fantasy territory in the back half.

The film’s tired use of special effects begins to wear on the audience as the ride’s initial adrenalin wears off and the inevitably passible conclusion nears. Nonetheless, it’s worth sticking around to see Lily, Frank, and McGregor’s loveable dynamics through.

Not every movie has to be a thought-provoking piece of art, nor does Jungle Cruise have to be. It’s an enjoyable and nostalgic recreation of the immersive product placements Disney does best. This is a big-budgeted summer blockbuster for the whole family to enjoy, and much like the theme-park ride, it doesn’t require a ton of engagement from the audience.

So sit back, enjoy the ride, and don’t worry too much about the destination.

The Unjust is One of the Grimmest, Darkest Crime Dramas

The Green Knight is an Arthurian gem