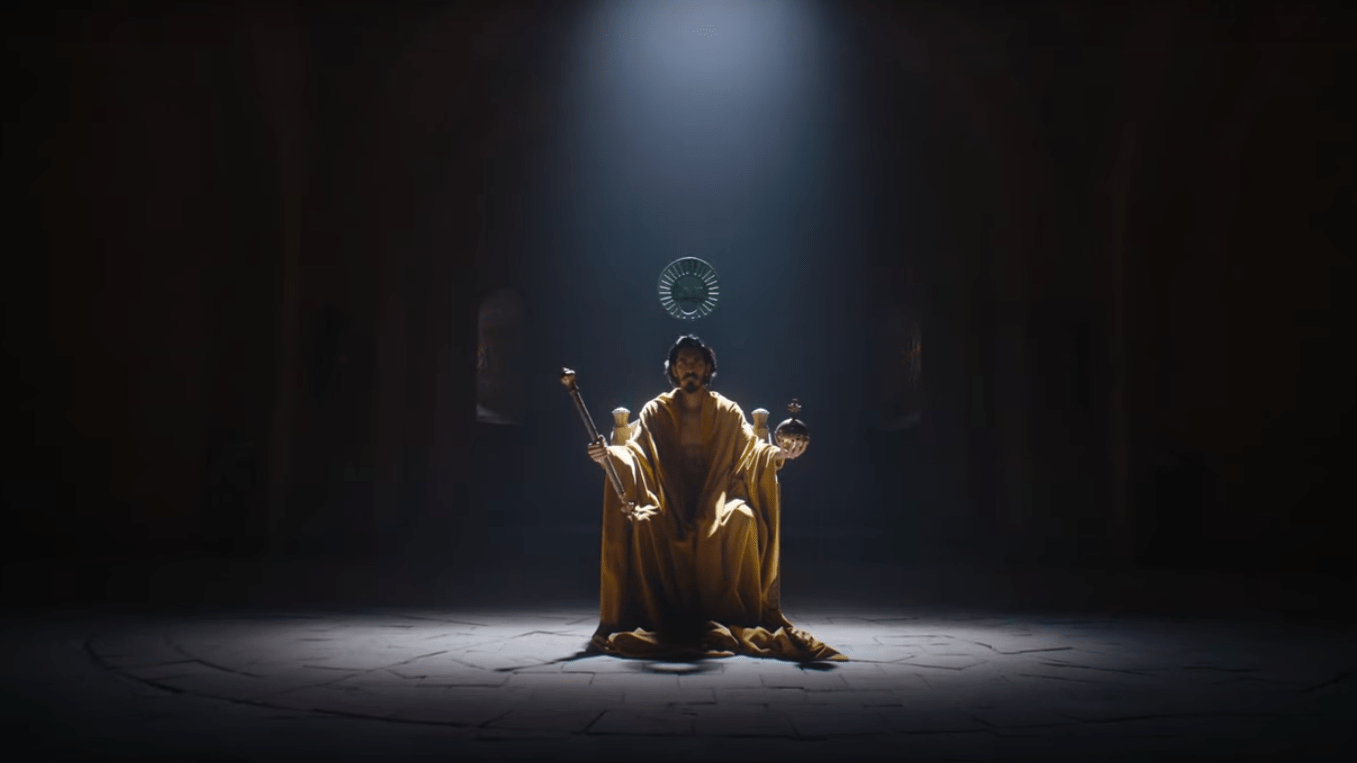 In this summer of blockbuster movies based on comic book properties (Black Widow), theme park rides (Jungle Cruise), and the entirety of the Warner Brothers canon (Space Jam: A New Legacy), the most exhilarating movie of all is based instead on a 14th-century poem of mysterious authorship that exists at the periphery of Arthurian legend.

The movie is The Green Knight, written and directed by David Lowery, and starring Dev Patel as Sir Gawain, the figure of legend who was featured in the 700-year-old legend Sir Gawain and the Green Knight. It’s a visually and sonically gorgeous film, featuring a dynamite lead performance by Patel, a stunning production design by Jade Healy, and one of the year’s best scores, by Daniel Hart.

Lowery previously directed 2013’s Ain’t Them Bodies Saints, 2016’s remake of Pete’s Dragon, 2017’s A Ghost Story, and 2018’s The Old Man & the Gun. He specializes in combining memorable visuals with unorthodox storytelling, but The Green Knight takes that to another level- it’s easily the best film Lowery has directed to date.

The Green Knight, which was set for a debut at South by Southwest in the spring of 2020 before its coronavirus-caused cancellation. comes to us from A24. It not only represents another win for A24, but this is the sort of film that would never in a million years be funded by the current incarnations of Disney, Universal, or any of the other major studios.

Indeed, The Green Knight doesn’t look anything like any other Arthur-related film. When the forgettable Guy Ritchie King Arthur movie came out a few years ago I was making jokes in my head about Monty Python and the Holy Grail the entire time; I did none of that for Green Knight.

The Green Knight is a special, one-of-a-kind film.

The film largely follows the plot of the legend, although if you’re not familiar with it, you’re likely going to be completely lost when you see the movie- even before the second incarnation of Alicia Vikander shows up.

Patel, doing career-best work, plays Sir Gawain, the nephew of King Arthur (Sean Harris), who’s something of a party boy and layabout at the story’s beginning. That changes when the titular Green Knight appears.

Half-man, half-stone, possibly mythical, and resembling a larger cousin of Groot, the Green Knight (Ralph Ineson, in mostly vocal performance) challenges a champion of the group’s choice to a duel. Gawain accepts, knowing that anyone who strikes will strike him the same way, one year later. He responds by cutting off the Green Knight’s head- at which point the Knight picks up the head and rides away.

The bulk of the film, after that, consists of Gawain’s long journey to the second duel. This takes him through fields, jungles, and other terrains, and various natural and supernatural realms.

The Irish actor Barry Keoghan brings his usual weird energy, as previously seen in The Killing of a Sacred Deer, in the small but memorable role of a local trickster. Erin Kellyman — Karli from The Falcon and the Winter Soldier — shows up as a woman who may be a ghost.

Later, the hero ends up at a manor with a lord (Joel Edgerton) and his wife (Alicia Vikander, who also plays an unrelated love interest role), along with the very Lynchian touch of an old, silent woman in a blindfold whose presence remains unexplained.

The film then takes an even bigger swing with its ending, which consists of a long flash-forward that dovetails perfectly with the final confrontation.

Representing career-best work for nearly every involved, The Green Knight is a special, one-of-a-kind film.