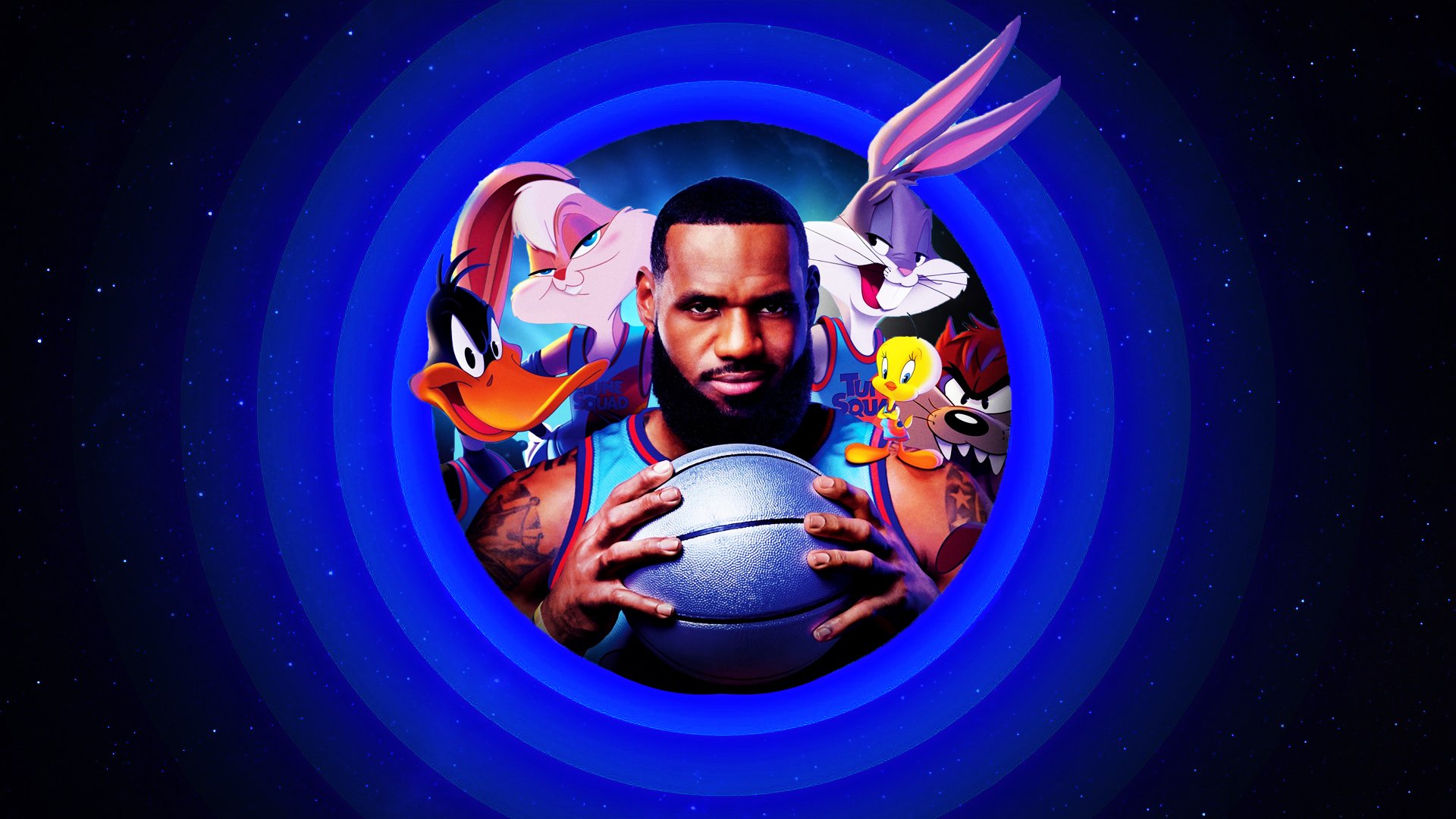 The long-awaited sequel to the 1996 cult classic Space Jam hit theatres and HBO Max last Friday, and it is already causing a stir amongst fans of the original movie. Much like its predecessor, Space Jam: A New Legacy is a ludicrous movie that is as bizarre as it is ridiculous (not to mention having a run time that is far too long). That being said, none of that makes it any less of a fun, amusing, and unflinchingly self-aware film that is sure to delight kids and entertain at least a few nostalgic adults.

All Images Courtesy of Warner Brothers.

As was to be expected, the plot of Space Jam: A New Legacy is as dumbfounding as the one from the first movie. The trailers gave away the major plot details, so there is nothing too surprising to be found (unless you managed to stay away from the copious amounts of marketing material). Lebron James replaces Michael Jordan as the titular sportsman who plays a fictional version of themselves this time around. When his son is taken by an angry computer algorithm named Al-G-Rhythm – played by Don Cheadle- Lebron is challenged to a basketball game to get him back. This involves Lebron himself getting sucked into the Warner Brothers “Serververse,” where all of the Warner Brothers properties congregate in a digital world run by Al-G-Rhythm. The basketball star must assemble an elite team to help him win the match against Al-G and The Goon Squad, the sequels villainous rival team, like The Monstars in the first movie (but not anywhere near as good). Of course, this elite team ends up being the Looney Tunes from the first movie. That’s about it for the plot. Its simplicity can sometimes border on laziness in terms of writing, particularly in the moments that feel like they were cut and paste from the first film with a new coat of paint to make it shinier.  However, some moments felt like at least a little bit of thought was put into it.

Lebron’s son Dom is a 12-year-old wannabe game developer skilled enough to have already made his own game, but his father is far more interested in Dom taking the basketball route than he did. At the very beginning of the movie, there is an interesting moment where we see a young Lebron enjoying playing games too on a nostalgia-inducing Game Boy. He loses his basketball game as he isn’t as focused as he should be due to his gaming session (it’s a Looney Tunes game we see him playing with foreshadowing as subtle as a fist to the face). Lebron’s coach then instills in him the lesson of eliminating all distractions to be the best at basketball, including his gaming. Lebron takes this to heart, and when his son becomes interested in games too, he bestows on him the same advice without knowing that the video game world is for Dom what basketball was for him. There is an interesting premise here and themes that could have been delved into at least a little more to make a fun kids’ movie that could have also had a positive message for both parents and children.  Unfortunately, the movie pretty much gives up on that premise pretty quickly, but there are still some positive family lessons learned. Firstly, as Dom’s video game- a basketball game wherein players can use various powers and collect power-ups- is the basis of the game that Al-G sets up between The Tune Squad and The Goon Squad, Lebron sees just how incredibly talented his son is at game development first hand and ends up nurturing his skills rather than continuing to force him down the path of basketball. Secondly, Lebron learns that everyone does have their own method of doing things via the Looney Tunes and their “looniness” helping them get ahead in the game when his by-the-book methods fail. Father and son learn more about one another, gain mutual understanding, love, and respect, and everyone is happy. But the whole idea of Lebron himself once liking games isn’t even mentioned. Why was this opening scene even in the movie? They could have easily just made the point that Lebron is a famous basketball player whose son is also talented at the sport, and so he pushes him to succeed and follow in his footsteps. It seems like an unnecessary setup that promises something a little more in-depth than your run-of-the-mill “family values” stereotype, but it is tossed away in favour of cameos, pop culture humour, and references.

The reliance on those aforementioned cameos and references is the main focus throughout, with tons and tons of Warner Brother’s properties and characters getting at least a brief cameo. It all feels very corporate, self-congratulatory, and boastful on Warner Brother’s end. Their subtlety leaves a lot to be desired as they force their properties down the throats of the audience over and over again, patting themselves smugly on the back whilst they do so. However, there is a bit of a tongue-in-cheek feel to this, with the movie-making self-aware references throughout that suggest that they know exactly how far they are going with this and that they are unapologetic. This is particularly so in a scene involving Lebron’s board meeting with some Warner Brother executives. Without venturing into spoiler territory, the scene very much suggests that the studio is aware of how dumb this whole situation is. There are genuinely fun moments laced into the plethora of random cameos and references, too, with some laugh-out-loud moments here and there, entertaining sequences, and two particular characters from an adult animated show making a genuinely joyful surprise cameo. There is a lot of criticism being aimed at the film because of this, with many arguing that it feels like a marketing ploy rather than a movie. This criticism is understandable- and is arguably harmful due to the young children who might watch and convince their parents to bankrupt themselves so they can own that limited edition Lola Bunny plush or Lebron James POP figure, not one to be aimed at the second movie alone. Let’s not forget that the first film only came about due to a popular Nike commercial featuring Michael Jordan and Bugs Bunny way back in 1992. Space Jam was basically a huge advertisement in itself that had its own share of references and cameos from the 1990s, not to mention tons of toys, brand deals, and sports gear associated with it in the same way that A New Legacy has had all sorts of merchandising via marketing ploys. The second movie is no different except that it is now two decades on, and marketing strategies have changed since 1996. The Space Jam franchise was born from marketing, advertising, and corporate values, so why would the second film differ?

In terms of voice acting, the toons themselves are voiced excellently, and Zendaya- the celebrity star being used in the marketing to hype up the movie- does a good job bringing Lola Bunny to life as well. Her take is more tomboyish than Kath Soucie’s from 1996, but it fits the character’s new personality well. The same can’t be said for the main character. Much like Michael Jordan, Lebron James’s acting leaves a lot to be desired, but nothing is surprising about that. He is a pro basketball player, not an actor. You wouldn’t be able to throw Leonardo DiCaprio into the court and expect him to give an incredible performance. That being said, James does a better job than Jordan when it comes to acting, particularly in his voice acting when he is turned into a 2-D toon. That doesn’t mean he is by any means great. He is just a little better than terrible. It can be jarring watching Lebron act against actually experienced actors like Don Cheadle and Sonequa Martin-Green because his lack of skill becomes all the more apparent. It doesn’t take much away from the film, though, as it is to be expected. Let’s be honest; it is doubtful that anyone is watching either of the Space Jam movies for the acting anyway.

The animation in the film is well done, but the 2-D animation and the scenes within the 2-D world steal the show. The aforementioned voice acting from Lebron is far superior to his in-person acting, so these scenes feel a little less awkward. The Looney Tunes also suit this 2-D style far more as this is their usual form, but again there is a self-aware nature to it as the toons themselves seemed horrified when they make the transition from 2-D to 3-D. The live-action segments are by far the most tedious, but any of the scenes that feature the Looney Tunes are fun and entertaining, no matter how shallow the constant referential content might be. Other tunes are criminally underused or just plain left out in the first film- such as Wile. E Coyote (who is definitely the MVP of the game), Road Runner, Porky Pig, and Speedy Gonzales- get more of a chance to shine this time around too. Much like the first film, the Looney Tunes keeps the movie fun, energetic, and enjoyable.

If you go into Space Jam: A New Legacy expecting a piece of cinema gold, you are undoubtedly going to be disappointed. If you go into it expecting a deeper plot and more narrative coherence than the first film, expect to be let down. But if you watch this film purely for what it is- a silly kid’s movie that happens to be a sequel to another silly kid’s movie- then you might find yourself pleasantly surprised. There are fans of the first film that will hate A New Legacy due to the corporate vibes it puts out, but the first film wasn’t much different in its blatant marketing strategies. It was just more of its time. Space Jam: A New Legacy is a stupid, nonsensical film, but it knows this, and it knows it well. It doesn’t try to be something that it is not, and that is admirable. If you are willing to let go of the gripes and the cynicism and watch it for what it is, you might even find yourself having a bit of fun in the process.