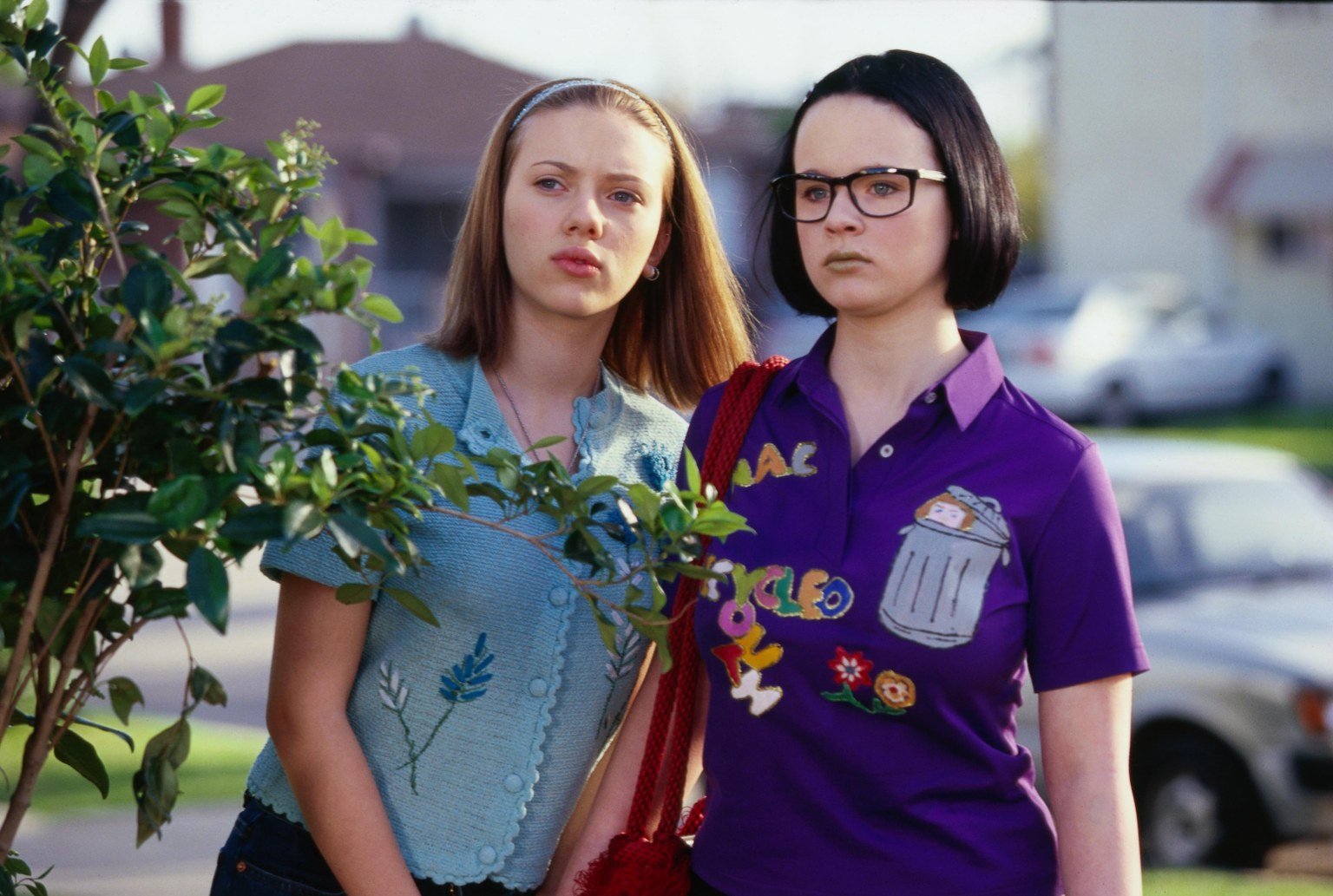 It’s been 20 years since Terry Zwigoff’s Ghost World, based on Daniel Clowes’ comic of the same name, first graced screens and became a cult classic. It may be grown up now, but it still veraciously depicts a specific brand of apathetic teenage angst and the confusing transition into adulthood.

Ghost World is the anti-teen comedy, replacing raunchy humor and wild parties with cynicism, sarcasm, and dry, observational wit. Enid, brilliantly lifted from the comic book panel by Thora Birch, is the viewer’s guide, granting access to her unique perspective of this world. The people and passersby that she interacts with become characters in her narrative which is both fanciful and realistic, putting it more into the category of magical realism than any other genre.

It’s not another teen movie, but it is not typical comic book fare either. Ghost World is subtly stylized rather than going the usual route of a flashy, ostentatious adaptation. Clowes is not a fan of that aesthetic. “To me,” Clowes told The Stranger, “that’s all very insulting to comics, to say that we want them to look stupid and degraded, where everything is removed that has any nuance or subtlety.”

Cinematographer Affonso Beato studied Clowes’ use of color and deftly applied it to the cinematic version. Static shots and inserts accentuate the graphic feel without being too aggressive and in-your-face. The way it moves, and its stillness, achieves that sense of lingering on the art of certain panels in a comic. Zwigoff’s documentary background lends itself particularly well to this style and pace. Art direction, wardrobe, and editing also enhance it. Establishing shots, scene transitions, and incredibly detailed and thoughtful set design and costuming all contribute to the rich, layered complexity of the film.

Ghost World is a brilliant blend of quirky humor and melancholy that encourages introspection.

And one of those layers is “alienation.” Concrete landscapes and strip malls evoke that gloom of herd mentality and consumerism—a world void of authenticity and individuality. This is what Enid is up against. She fights society’s demand to have a “normal” life and is disillusioned when people in her life succumb to it. Her best friend Becky (Scarlett Johansson) has the much too average goal of getting a job and an apartment post-high school. Seymour (Steve Buscemi) winds up in a relationship with a vapid realtor who shares none of his interests. Her father rekindles a romance with a basic woman that Enid detests. She feels abandoned by them, but she pulls away herself, too, through self-sabotage in an effort to sidestep a boring and unpleasant future. This makes the ending feel appropriate and inevitable.

Ghost World is a brilliant blend of quirky humor and melancholy that encourages introspection. Enid getting on that phantom bus alone leaves the ending open to interpretation—one that can be seen as hopeful or dark or anywhere in between. How very unlike the capitalistic evils portrayed in the film that try to get the masses to think in a certain way or conform to banal standards.