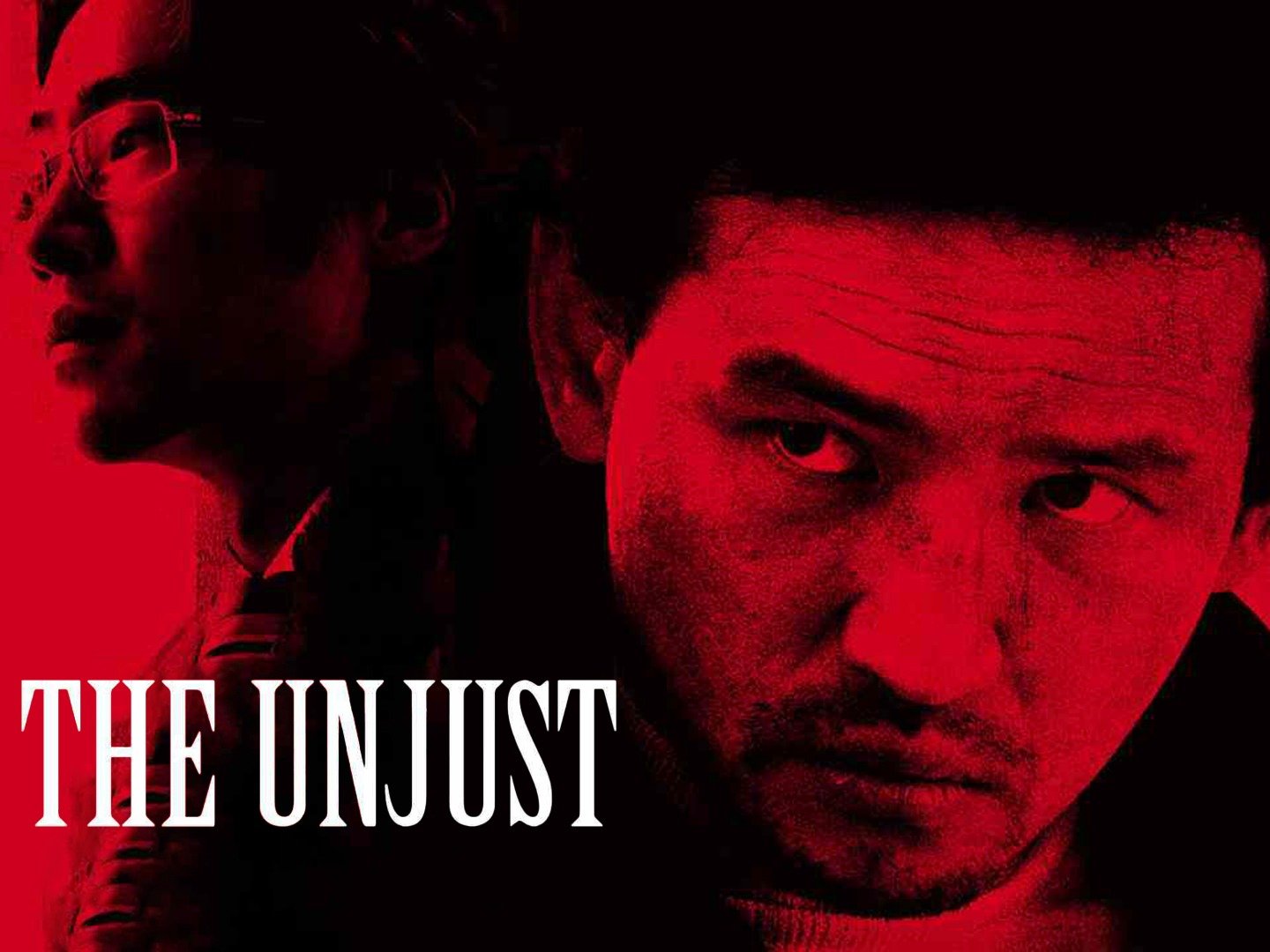 The Unjust is a stark vision of Korea’s cancerous heart.

“That you may be sons of your Father in heaven; for He makes His sun rise on the evil and the good, and sends rain on the just and the unjust.” -Matthew 5:45

There is a sequence in Hergé’s Tintin adventure Flight 714 when Captain Haddock has a problem with a piece of sticking plaster, and when he finally gets rid of it, the band-aid makes its way from stewardess to passenger to the crew to pilot and back again to Haddock, until everyone in the plane has had some run-in with the sticky thing. While that slapstick sequence is played for laughs and The Unjust is one of the grimmest, darkest crime dramas ever made, like the passengers of Flight 714, the passengers of The Unjust are stuck, not with a band-aid, but with corruption that sticks to everything that they do and pervades every stratum of Korean society.

The corruption starts at the top, and the fish rots from the head down. The corporate CEOs bribe the prosecutors and the police to ignore their corporate wrongdoing. “If you could just pay your taxes, it would be easier to get you acquitted,” pleads a prosecutor early in the film to his corporate “sponsor.” The disgusted CEO points to the prosecutor’s designer outfit and retorts, “If I paid my taxes, you wouldn’t be wearing that suit!”

The Unjust opens with an episode ripped from South Korean headlines – the police’s inability to catch a serial rapist and killer of school-girls – and ends with a scandal that rocks the country’s prosecutors, revealing how dependent and compromised they are by their corporate sponsors. The scandal played out in real life almost exactly as the film predicted it would. “I wrote their Death Note,” said director Seung-wan Ryoo after the presentation of the film at the Fantasia Film Festival in 2010.

The police’s plan to solve the public relations crisis posed by the killer is to take their best anti-corruption cop, Captain Choi (Jeong-min Hwang), and assign him to close the case by any means necessary – even if it means framing some patsy for the crime. Choi starts the film with clean hands. He only takes the case (and agrees to the frame-up) because it is his only path to promotion in a department rife with cronyism and influence-peddling. He has already been passed over for promotion three times, while less-qualified and less-able cops who have the Police Academy connections he lacks are promoted above him.

Choi needs the promotion to protect his squad, especially his best friend, who got caught accepting a loan from a gambling parlor. As if that weren’t enough, he also needs to protect his sister’s bribe-taking, drunken husband. It is with these small, well-intentioned steps that Choi plants his feet firmly on the path to Hell.

Standing in Choi’s way is the prosecutor assigned to the case. Joo-yang (Seung-beom Ryu)’s refusal to acquiesce to the frame-up has nothing to do with altruism and everything to do with his anger that Choi has caused trouble for Joo-yang’s corporate sponsors. The two men find themselves in a legal brawl where both men will use every dirty extra-legal trick at their disposal to beat the other man and secure the legal outcome they want.

Like a Bizarro episode of Law and Order, the adversarial system, which is supposed to be between prosecutors and defense attorneys, is now between cop and prosecutor. How could justice survive such corruption and hypocrisy? There is a moment in the film when Hoon-jung Park puts the exclamation point on this when the stopped clock of justice is right for once, and the film stops dead while the cop and prosecutor marvel at justice being served.

If the film has a fault, it is that it takes Hoon-jung Park a long time to set up the dominoes, partly because this is a film with characters from every strata of Korean society making for a whole lot of dominoes, but once Choi agrees to the frame-up and topples the first one; the film accelerates with tragic fury.

This is not a film with heroes, nor is it one with winners. Just as the system is unfair, the film punishes its characters unfairly. Asked whether the level of punishment revealed his opinion of the level of severity of the corruption, Hoon-jung Park said, “There are no small sins and no large sins, there is just sin,” echoing journalist David Halberstam writing about Japanese baseball but meaning for it to be understood as a philosophy of the culture (and the region), “rules were important; minor rules were the same as major rules; there was no difference.”

The only character to escape the film unscathed is an assassin, and to a certain extent, he is the only character to stay true to himself, to remain just. That’s how bleak this film is, and despite a slow grind up the first half of the film, Hoon-jung Park’s stark vision of Korea’s cancerous heart is well worth the visit.