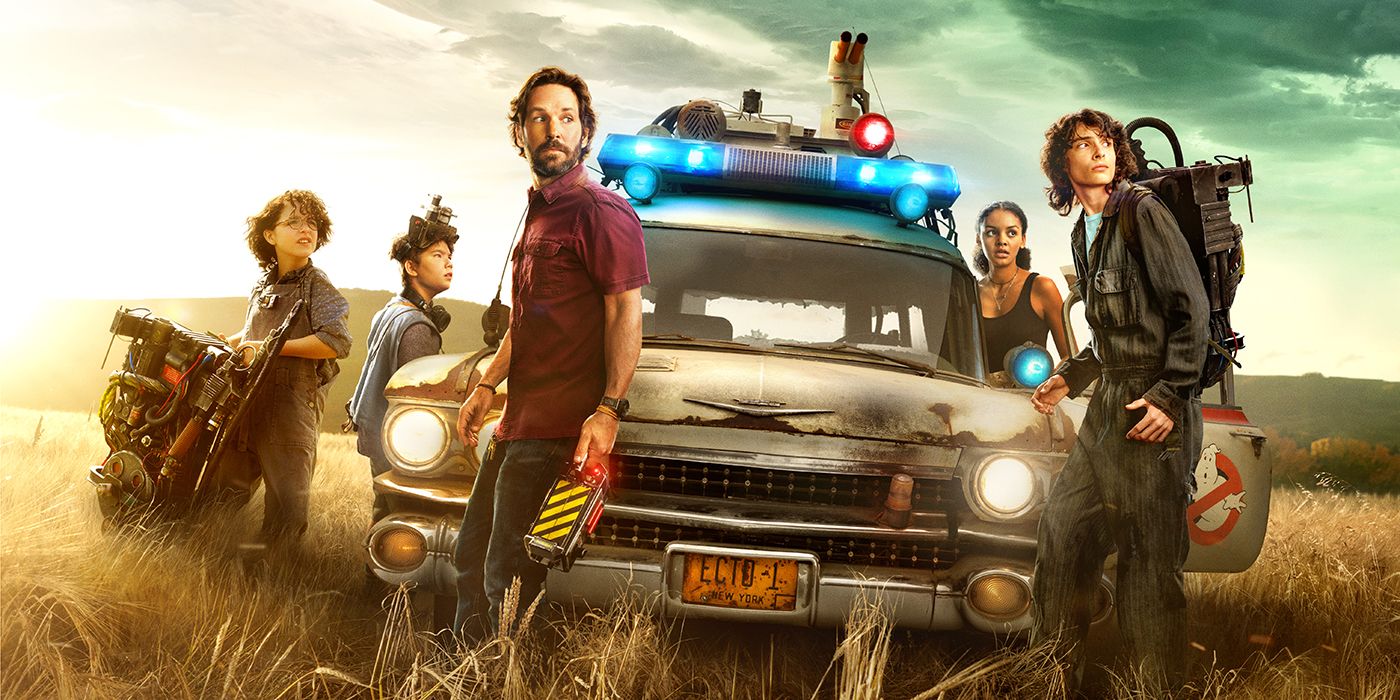 If you want an example of least-common-denominator fanboy pandering, Ghostbusters: Afterlife is the best example I can imagine. Here’s a film that borrows a great deal of iconography, easter eggs, and in-jokes from its source material. But not only does it have very little to offer on its own, but the film doesn’t appear to have much understanding of what made the original great.

Ghostbusters: Afterlife is directed by Jason Reitman, the son of the original film’s director Ivan Reitman, and Ivan is a producer. In an extremely unfortunate on-screen intro at the screening I attended, the younger Reitman — whose track record, wildly uneven as it is, shows that he’s too talented to go down as a pure nepotism case — reveals that his father sat by his side for the entire production.

There’s a great deal that goes wrong here, but probably the worst thing is that the tone is all wrong for a Ghostbusters movie. There’s almost no comedy, and the action is set not in New York City but rather in its polar opposite, a small, dying mining town in Oklahoma.

Really, Ghostbusters: Afterlife owes more to Stranger Things than anything having to do with Ghostbusters. That series has remixed the popular cinema of the 1980s, mostly the work of Steven Spielberg and various Stephen King adaptations, and that’s essentially the tone adopted here, which is a copy of a copy of a copy, and the sort of thing that’s really starting to get old at this point. I mean, J.J. Abrams’ Super 8, which kicked off this whole pseudo-Spielberg trend, is now ten years old.

Ghostbusters: Afterlife recruits Finn Wolfhard, one of the actors from Stranger Things, and features a John Williams-knockoff score by Rob Simonsen. There’s even a touch of Field of Dreams, in which extraordinary metaphysical steps are taken to provide an adult a way to gain closure on their unresolved relationship with their deceased parent.

And while the feel of the film itself is nothing like Ghostbusters, the filmmakers attempt to make up for it with nearly endless fan service- references large and small to the original movie, and the sort of stuff that seemingly congratulates the audience on noticing things that were in a massively popular movie from almost 40 years ago.

The conceit in the new movie is that a family (single mom Carrie Coon, and kids Wolfhard and McKenna Grace) has been evicted from their home and forced to move to the dilapidated rural farmhouse that belonged to Coon’s recently deceased father. It’s the Spielberg formula, once again, with absent fathers everywhere, and while I won’t spoil anything specific, the dead grandpa has ties to the Ghostbusters mythos. So in addition to the new director being the son of the old director, the people in the new movie just have to be related to the original ones.

Soon, ghosts are haunting the town, with the kids teaming up with teacher Paul Rudd and a classmate named Podcast (yes, he hosts a podcast) to assume the Ghostbusters mantle. And that they do, in a series of indifferently directed CGI action sequences.

McKenna Grace, as daughter Phoebe, is the best thing about the movie by a mile. A shy science genius who it’s implied is on the autism spectrum, she has an arc that’s actually compelling, which is more than I can say for her brother or “Podcast.” It is always nice to see Carrie Coon, so great on The Leftovers, in a big movie role, and Paul Rudd is Paul Rudd.

But the film squanders any of that goodwill by doing something at the end that I’m going to call wildly unethical. Yes, I’m sure the filmmakers got all the legal permissions they needed, but still- it’s just wrong.

This, of course, isn’t the first attempt of late to reboot Ghostbusters, following its ’80s heyday. That was the 2016 revival, with a mostly female cast, which kicked off a fanboy revolt and underperformed at the box office. That film is remembered more these days as a cultural flashpoint than for anything that happened in the movie.

I consider “Lady Ghostbusters” underrated, as it at least got the tone and location right, and also found a great way to use Kate McKinnon, a performer who the movies mostly haven’t quite known what to do with in the years since. If the 2016 film was “Lady Ghostbusters,” this is “Kids Ghostbusters“- and for various reasons, I don’t expect it to set off anywhere close to the same outcry. But nevertheless, as in The Rise of Skywalker following The Last Jedi, the angriest fanboys have won the day, as the ’16 Ghostbusters movie appears to have been retconned out of existence.

I love the original film too. But if we’re going to celebrate the many great things about the 1984 Ghostbusters, I think the best tribute is to appreciate that movie on its own, instead of periodically paying homage to it.