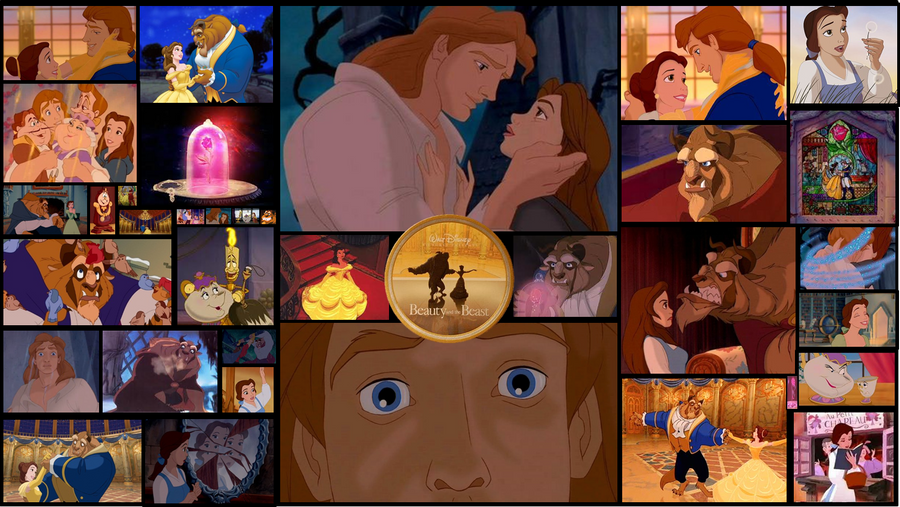 We all have our favorite Disney film, but for those who belong to a certain generation, the films released during the Disney Renaissance era (1989-1999) hold a special place. This era saw the company produce some of their most commercially and critically successful films in Disney’s history, by injecting its own unique brand of magic into well-known fairy tales and stories.

A key feature from this era is 1991’s Beauty and the Beast.  Based on the French fairy tale by Jeanne-Marie Le Prince de Beaumont, the film sees Belle (voiced by Paige O’Hara), a young woman who becomes imprisoned in an attempt to save her father by the monstrous Beast (Robby Benson),  a selfish young prince transformed into a monster by a curse until he can learn how to love.

Beauty and the Beast wasn’t the company’s first attempt to bring the fairy tale to the big screen. Walt Disney tried to adapt the story during the 1930s and 1950s, but it wasn’t until the success of The Little Mermaid – the first official film of the Disney Renaissance – that the project took off.  The film evolved from a fairy tale to a classic musical when Disney’s then-Chairman Jeffrey Katzenberg realized how much audiences had loved the style of The Little Mermaid.  His efforts paid off: Beauty and the Beast became the first Disney animated film to become a Broadway musical, as well as the first animated feature to be nominated for the Academy Award for Best Picture.

At the heart of this tale is the truth that beauty is merely skin deep and a person’s true worth lies far beneath the surface. This theme runs throughout the core of the film and is not limited to its eponymous characters, but also in their supporting figures. The servants – from the colourful and playful Lumière (Jerry Orbach) to the dutiful but stern Cogsworth (Daniel Ogden Stiers) – are so much more than objects to be ordered around. Even Maurice (Rex Everhart), Belle’s misunderstood father, takes up the role of the eccentric inventor who cares deeply for his daughter and is not the “crazy old loon” he is labelled as. Of course, the film’s villain – the chauvinistic Gaston (Richard White), whose good looks and admiration from his peers stemming from his charm have only made him arrogant and conceited – never learns this. He desires Belle not for her inner worth but for what she can provide him: a beautiful wife and mother to his children. As the film works towards its climax, we realize that some monsters look just like us.

In many ways, Disney uses the characters in Beauty and the Beast to challenge the traditions that had been set in some of its previous films. Belle delves into fairy tales to escape her mundane country village life – displaying an innocence that is almost childlike and perhaps an indication of how little she knows of the world – but this becomes a strength. She becomes imprisoned in a castle by a huge, temperamental beast and is surrounded by enchanted and servile objects but she doesn’t panic. Instead, the fantastic adventures she has experienced already serve as armour to protect her. She is not an obvious damsel in distress nor is she a princess, and her curiosity and interest in reading puts her in a different class of female protagonist – she is the one who ultimately saves the day; by saving her father, love interest and her friends, she becomes the heroine.

For his part, the Beast doesn’t try hard to force Belle to stay, even going so far as to order her to leave. While he obviously doesn’t want to be alone, he is prepared to let her go as the love he has for Belle grows and thus, he begins to walk the path of redemption. His sacrifice does not go unrewarded, because it is through this compassion that Belle realises how much the Beast has changed and returns to him. These gradual steps he takes in learning how to appreciate others shows a willingness to reacquaint himself with his human side and in doing so, moves away from the embittered state his curse has led him to become.

Linda Woolverton’s whimsical yet modern-thinking script complements the computer-generated imagery – itself wonderful considering, in the sequence where the leads dance for the first time, the fledgling technology used to produce it – laced throughout the feature. The musical numbers, written by lyricist Howard Ashman and composer Alan Menken, set the standard for Disney musical numbers to follow, something that arguably was not matched until 2013’s hit, Frozen.

This subtle defiance of the social conventions established by its predecessors, as well as the very real love woven through the script, changed the way animated features would be perceived by audiences. Therefore, Beauty and the Beast is perhaps not only one of the greatest films released by Disney, but in the entire medium of animation itself.

Ghostbusters: Afterlife is a Tribute that Forgets What Made the Original Great