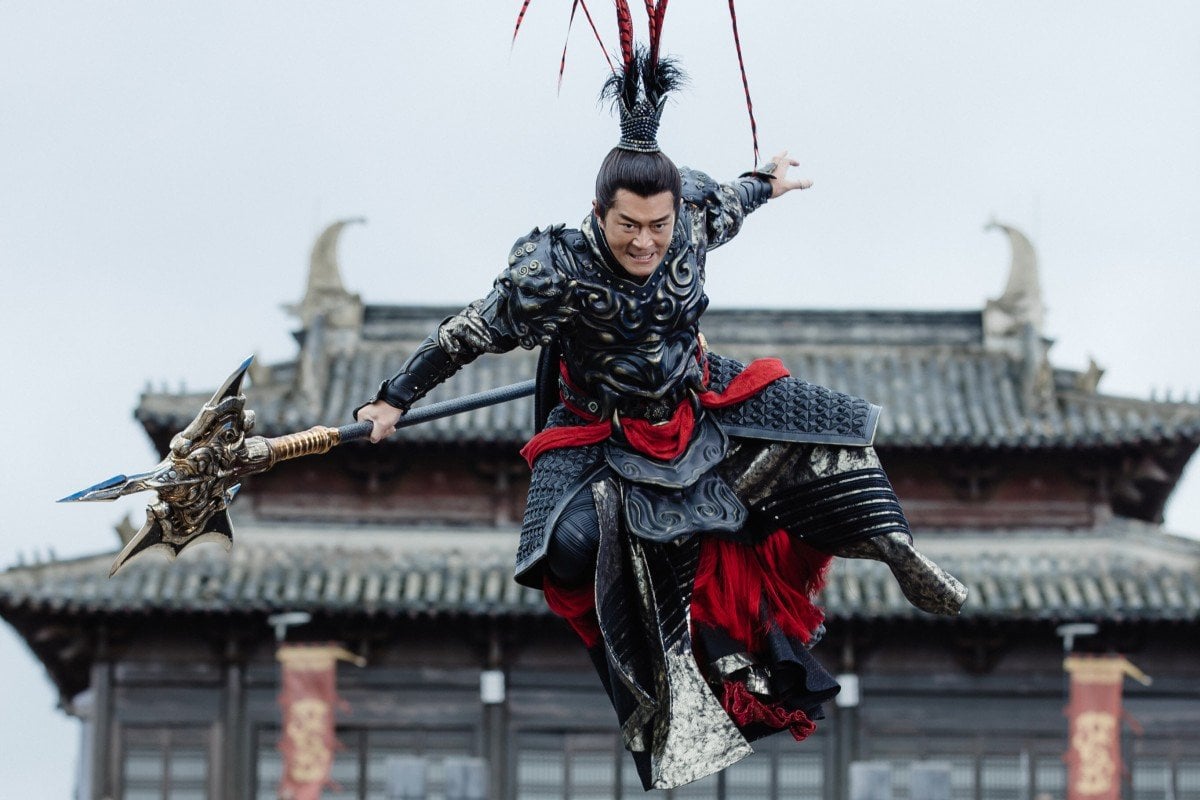 There are few video game series as equally over-the-top and sensationalist as they are indebted to their source material. Dynasty Warriors is arguably the most prolific, taking real-life figures in Chinese history and turning them into mythic beings capable of dispatching thousands of enemies in any given conflict just by riding around on a horse and swinging a spear. It is less surprising that there is a film adaptation of the series and more that it took so long given how well the source material lends itself to a cinematic interpretation. Grandiose in its action, fantastical in its presentation, and convoluted in its storytelling, it’s hard to imagine a more accurate adaptation, and yet Roy Chow’s Dynasty Warriors often fails to turn those elements into anything remotely intriguing.

Behind every fun action scene in Dynasty Warriors is a meandering tale of betrayal and the constant power struggle. It depends on who you ask, but for the video game franchise, they could provide dialogue and nuance to characters’ chemistry without stopping the action. It goes a long way when most of the story is just different characters vying for power or showing their loyalty to one state and leader over another. In the film, it becomes a struggle to present the story and heavily stylized action in equal measure.

Opening with the demise of the Yellow Turban Rebellion, Dynasty Warriors begins strong and immediately presents the exact kind of film to expect. Every major character introduced is given a giant overlay of text stating their name, usually right before wiping out a mass of soldiers or rebels or saying something intended to be impactful. Large crowds of rebels flood the screen, putting into perspective the scope of the battle and effectively illustrating just how powerful the main characters are as defeating the large groups of enemies is almost effortless.

The fight scenes take a backseat to the politics of the setting as the Han dynasty is threatened to finally collapse thanks to Dong Zhuo (Suet Lam) seizing an opportunity to take control of the throne. Dong Zhuo’s prominence will lead to the end of the Han Dynasty, so Cao Cao (Kai Wang) heads out to try and assassinate him before it’s too late. Meanwhile, Liu Bei (Tony Yo-ning Yang), Zhang Fei (Justin Cheung), and Guan Yu (Geng Han) band together to try and stop Dong Zhuo as well as his bodyguard, Lu Bu (Louis Koo).

The plot is so self-serious that it’s difficult not to groan when juxtaposed against the vibrant, electrifying battle sequences. There’s an energy there that’s not fully realized outside of the action, and it makes for a difficult plot to follow when every scene with talking feels like an exposition dump. There’s hardly any character work done outside of Lu Bu, Cao Cao, and Dong Zhuo, making the three other main characters feel useless in the grand scheme of things. However, even Lu Bu is mostly just mythologized.

This leads to the most interesting element of Dynasty Warriors and where the film gets a lot of its visual flair. What ultimately would have just felt like another historical martial arts film – and not the first to adapt sections from Luo Guanzhong’s Romance of the Three Kingdoms – ends up being visually interesting, if a little flat at times, action film imbued with fantasy elements. Warriors are given weapons created from thousand-year-old blood-drinking rocks that increase the weapon’s power the more enemies they kill, which fits perfectly with Dynasty Warriors as a game because these legendary warriors tend to kill hundreds of enemies in each battle. The most legendary of them all being Lu Bu, whose electricity-infused fighting style turns every scene of the film into a spectacle just by his presence.

Those fantasy elements are so ingrained into the action that the choreography can sometimes blend into the background of a fight, putting literal sparks and fire into the foreground. Yet even then, the choreography is largely impressive, especially when the action becomes massive in scope, but also the minutiae of a one-on-one fight. Dynasty Warriors ends up more visually interesting because of this, allowing the film to maintain momentum even when the action goes on for an extraneous amount of time.

No matter how long the action goes on, it makes up for having to sit through some painful plotting that feels like it requires more attention than it earns. Suet Lam and Louis Koo are the obvious standouts as the film’s villains, but they’re also just given some of the best moments. The rest of the characters are rather plain, and the film clearly struggles to find merit in them besides the fact that it’s an adaptation, so they should probably have something to do.

There’s little reason to check out Dynasty Warriors if you’re not familiar with any of its source material. In fact, it’s highly advisable that your first foray into the Three Kingdoms period not be this film. It dumps too much information for it to be compelling, and the best parts of the film are its video game inspirations that give the film a bit of identity but have very little to do with its historical elements. Dynasty Warriors is an invigorating action cinema at times but largely loses its impact due to everything around that action feeling dry and mundane.

Black Widow : A Stand-Alone Film Worthy of An Avenger