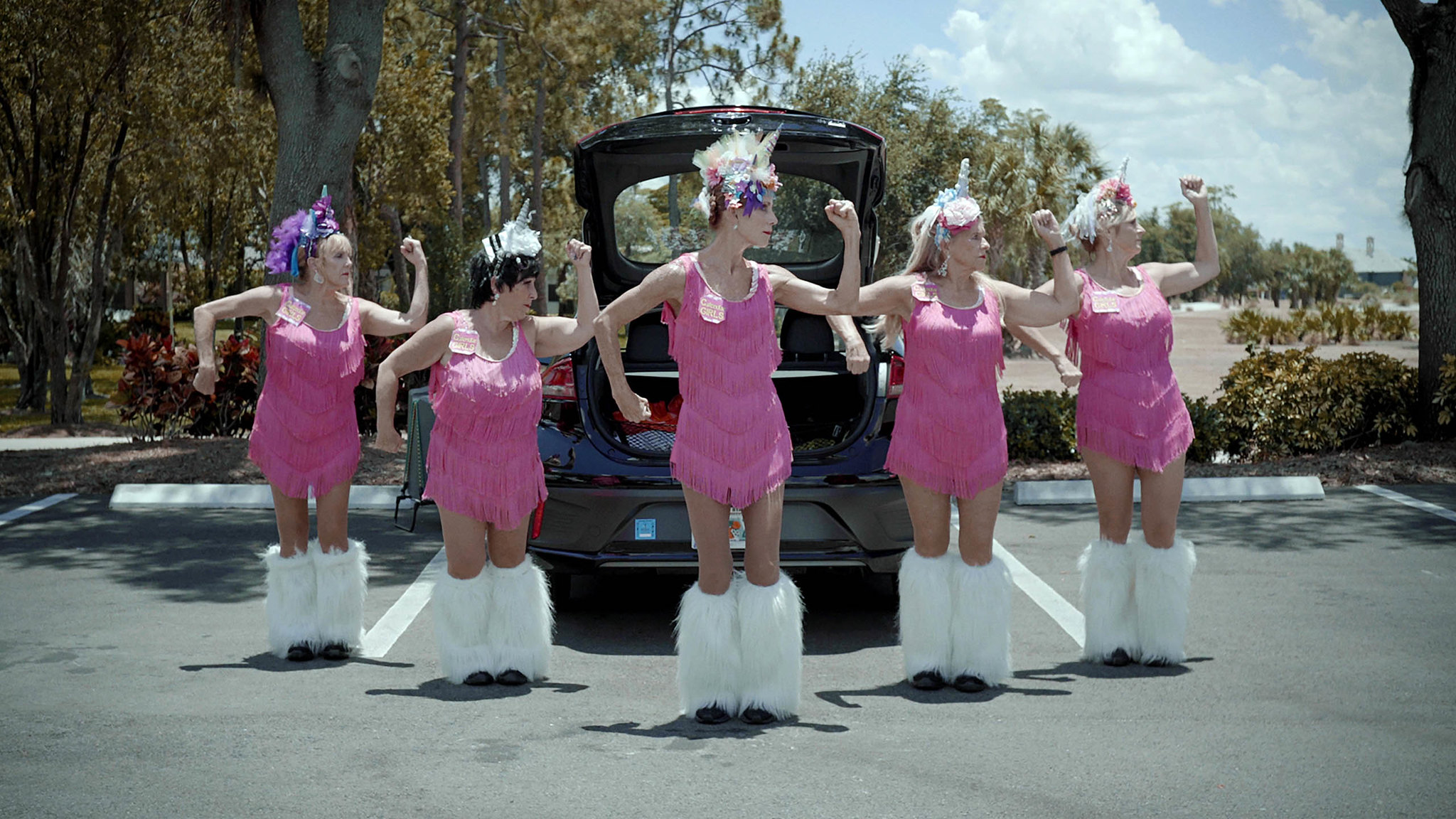 Sundance was always a showcase for emerging talent, but what makes this film extra special is that it’s the filmmakers’ first feature-length film. Maria Loohufvud and Love Martinsen’s Calendar Girls is a remarkably assured debut. The film is a sincere, poignant, and delightful look at the eponymous Calendar Girls, an all-female dance team of seniors who raise money for service animals that aid veterans. The Florida-based squad provides a flamboyant yet dignified outlet for women that are often societally confined to an expected late-life dormancy. Fittingly, Loohufvud and Martinsen’s film does the same; presenting the empowered 60 and over group with dazzling color and energy. Calendar Girls offers an important message to all ages: reclaim your life before it’s too late- because you never know when too late will be.

Many of these women have spent their entire adult lives in male-dominated fields or as caretakers. When their children grow up and start families of their own, some question “what is my purpose?” The Calendar Girls presented a novel and tantalizing opportunity to reconnect with their youth. The incredible dedication, love and effort they put towards raising their children is now directed at their candy-coated cause and, most importantly, themselves. It seems as if it’s the first time a lot of these women are able to reflect their energy back at the glee-filled grins they see when applying their stage make-up in the mirror.

Steadfast leader, Katherine Shortlidge, is like an arrow in mid-flight –fired from a bow over a decade ago when the all-volunteer group was founded. She provides unwavering direction and encouragement to the ever-changing line-up. If the team is a platoon, Shortlidge is their sergeant. She joyfully blends in to the group when performing but is also staid when she makes the difficult decisions that ultimately benefit the group.

The film tracks Shortlidge as well as a number of members who each have their own narrative that ties them to the group. Nancy Miller is a Calendar Girl who has a physically demanding telecom job along with her duties on the team. Miller was once a police officer who was forced to retire when her hearing became impaired. She is diagnosed with a stomach condition that prevents her from absorbing the nutrients required to sustain the onerous responsibilities of her job and her passion. There have been few characters in film I cared for more than Nancy Miller. A private scene in her car before she attends her final team workout is the kind of perfect moment documentary provides that scripted work can only aspire to.

Connecting the narrative threads of the film are dance sequences that break out of nowhere.  The choreography, camera work and editing (all done by Loohufvud and Martinsen) of these sequences bring a post-modern take on classic Hollywood musicals. The movements and Martinsen’s score are satisfyingly hypnotic. They fit the theme of the unexpected nature of these women and their passion.

Too often we see women of this age portrayed as modest and fragile creatures –or otherwise churlish caricatures. Calendar Girls shows that we all contain multitudes. These women are caring grandmothers but also get together for wine, cheese and mortality parties where they discuss how they would commit suicide. “I didn’t want to die and go to heaven because that means I’d live forever” –says one Girl to her teammates “—I couldn’t think of anything worse than living forever.”

After Yang: A Tremendous Sci-Fi Tale of Pursing the Elusive

Volcanoes and Romance Erupt in the Poetic Fire of Love