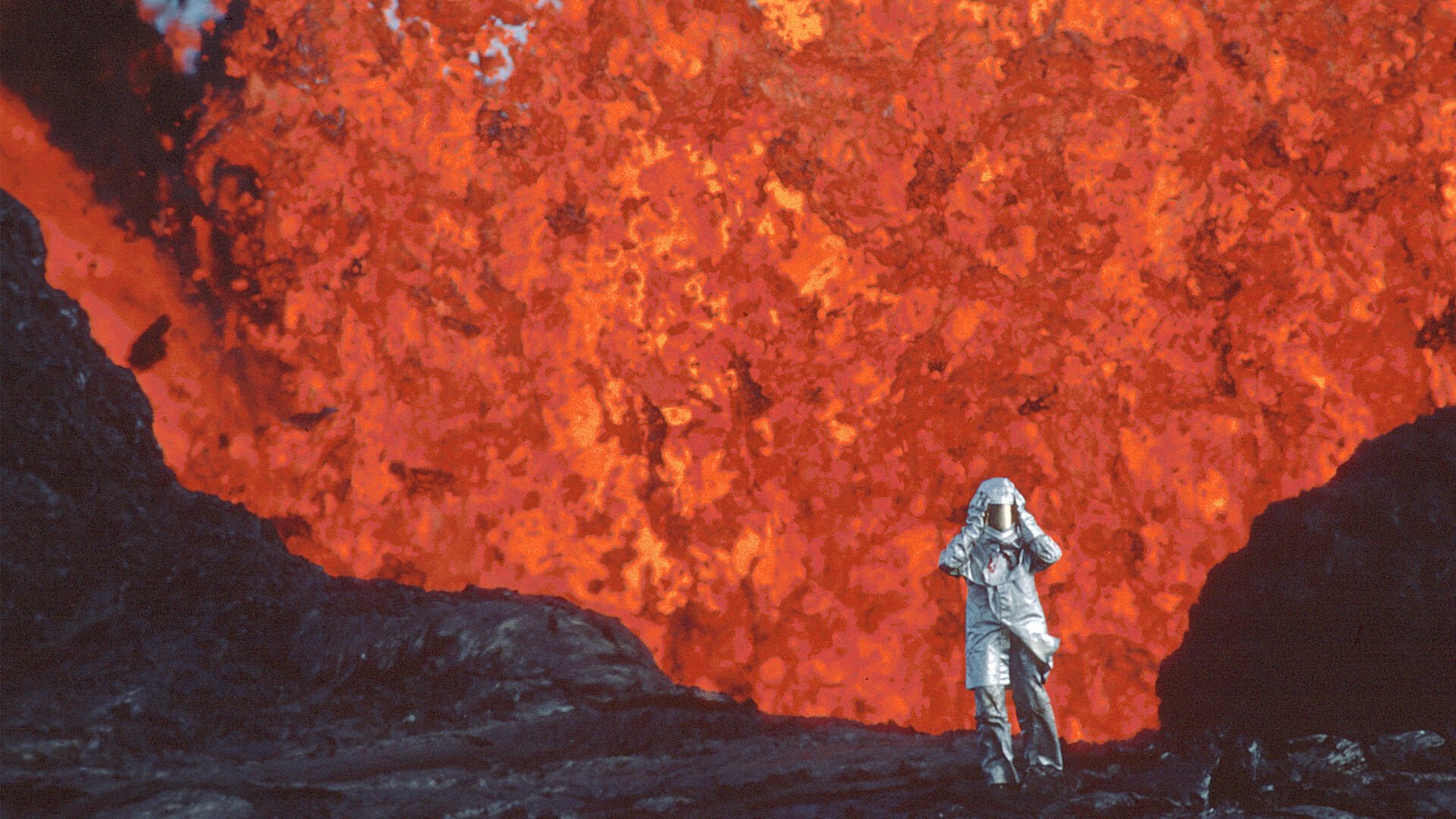 Explosive and volatile monuments of nature surround and embody Katia and Maurice Krafft – two volcanologists that spent decades of their lives studying volcanoes until their untimely death in 1991 from a volcanic eruption. It’s a tragic tale of two people obsessed with understanding one of nature’s most devastating forces, but in Sara Dosa’s Fire of Love, it’s their passion for the world and each other that frames the narrative. Utilizing the Krafft’s own footage taken over the years, Dosa creates a moving testimony to the power of love and the pursuit of knowledge.

Narrated by Miranda July, Fire of Love stitches together all of the Krafft family’s archive footage with video and photos captured by their own friends. Combining the poetic narration and a recounting of Katia and Maurice’s lives together, there’s a healthy mix of the facts and how people believe their relationship was. The focus on their work bleeds into how the documentary frames their lives, but the viewer always feels slightly distanced from them because their personal lives aren’t what was captured.

However, that’s where Dosa’s film finds a hook as it combs through hours and hours of footage to analyze what and how their expeditions together were shot. The striking difference between Katia’s detail-oriented emphasis on photography versus Maurice’s videos that tried to capture moments before they disappeared, emphasizes their differing personalities. Their agreed personal views on volcano theory and their own methods in the face of other scientists shows a stubbornness that is shared between them. There are no intimate moments or details in Fire of Love but their passion for each other comes through the footage itself.

It’s the volcanos caught on camera though that are truly the most striking. The images caught by Katia and Maurice are staggering and beautiful. There’s a poetic way that Dosa frames the volcanoes that mirrors the couple’s own romanticized view of them. Where everyone else sees danger, the Kraffts found understanding of the Earth and the documentary later shifts focus to how the duo found importance to humanity in their studies. The way they talk about volcanoes is not like they’re death machines that swallow up the environment – instead, it’s like they’re living creatures simply living their lives as programmed.

For a documentary that relies on archive footage but has little to account for its subject’s personal lives, Fire of Love does a remarkable job of seeing the romance through their work. Differing personalities that often clash when it comes to volcanoes, there’s that shared passion which reflects any marriage. Two volcanologists that somehow found themselves together, Katia and Maurice’s legacy reflects a marriage that weathers its own volatility to find the beauty underneath.