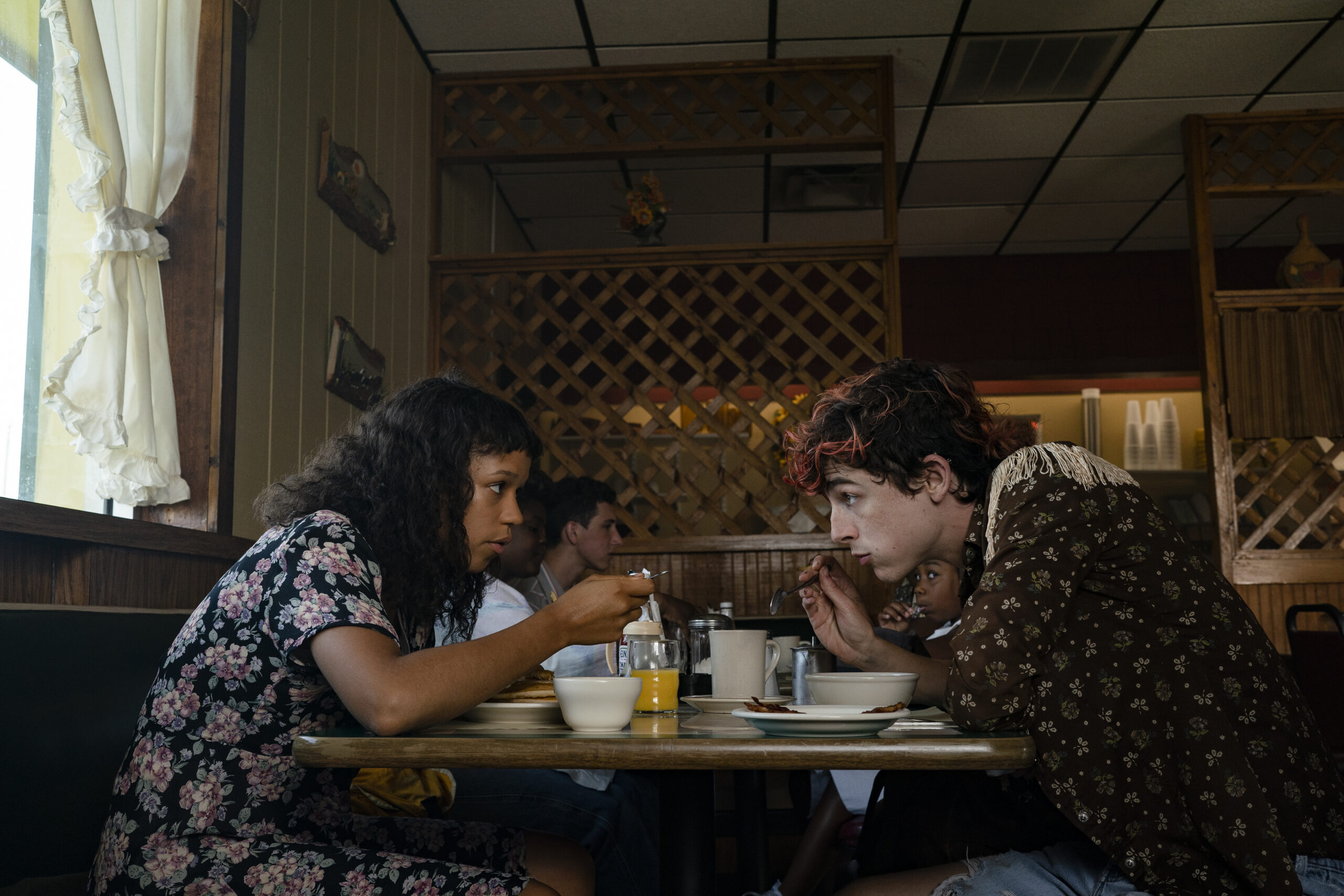 Bones and All review

When I first heard about this week’s The Menu, I was concerned that it would have a final twist involving cannibalism. It’s a twist that I’m kind of sick of at this point, but I was told relatively early on that’s not what happens.

But another film out this week is about cannibalism all the way down, and I liked it much more than I expected it to.

That film is Bones and All, the latest from Call Me By Your Name director Luca Guadagnino, which reunites him with that film’s lead, Timothee Chalamet as well as an early 1980s setting. And while Call Me By Your Name and the director’s earlier film A Bigger Splash was marked by gorgeous photography of amazing villas in Mediterranean countries, Bones and All is set in the trailer parks, dirty motel rooms, and modest homes of the American Midwest, circa 1981.

Also, stuff happens here that makes the peach thing in Call Me By Your Name look like nothing.

Taylor Russell, from Waves and Escape Room, stars as Maren, a teenage girl being raised by her single father (Moonlight’s Andre Holland). We soon learn, however, that she has the compulsion to eat people, as revealed in an early scene that must be absolutely jarring to anyone not knowing ahead of time what the movie is about.

This sets her out on the road, where it turns out that a subculture of people with the same compulsion all has ways of founding one another.

She soon meets Lee (Chalamet), and the two end up on the road together, having a romance that’s generally conventional, aside from the occasional cannibalism. The plot introduces them to others in the subculture, including a creepy guy in a hat (Mark Rylance, doing some of the most unsettling work in recent memory.) Also, Michael Stuhlbarg shows up, acting wildly against type as an overalls-wearing hillbilly, while director David Gordon Green plays his sidekick. And both Chloe Sevigny and Jessica Harper contribute creepy one-scene cameos.

And while I’m far from the first to make this joke, the Call Me By Your Name team of Guadagnino, Chalamet and Stuhlbarg have reunited to make a movie about cannibalism, but somewhat cruelly, they haven’t invited Armie Hammer to join them.

Working from a YA novel of the same name by Camille DeAngelis, the film has a lot of gross and disgusting stuff that happens in it. But it also manages the incredible degree of difficulty of not only telling a compelling story amid all this but somehow getting us to root for characters who are doing terrible, terrible things. I mean, they’re Jeffrey Dahmer, basically.

The film treats cannibalism as something between an addiction and a compulsion, but it treats the characters with empathy. The performances certainly help, with a rail-thin Chalamet capably playing an ’80s teen and Russell showing uncommon emotional depth.

And it also does all the little things right. The score, by Trent Reznor and Atticus Ross, is among the best of the year, as is an original song they wrote called “(You Made it Feel Like) Home.”) The hair and makeup work are all outstanding, and every 1980s character looks and dresses the way someone of that era should.

The question will be, are the vampire people willing to see a movie about cannibalism, or will they have to count on a separate fandom?

Ahead of the FIFA World Cup, Some of The Best Soccer Movies (and One of the Worst)