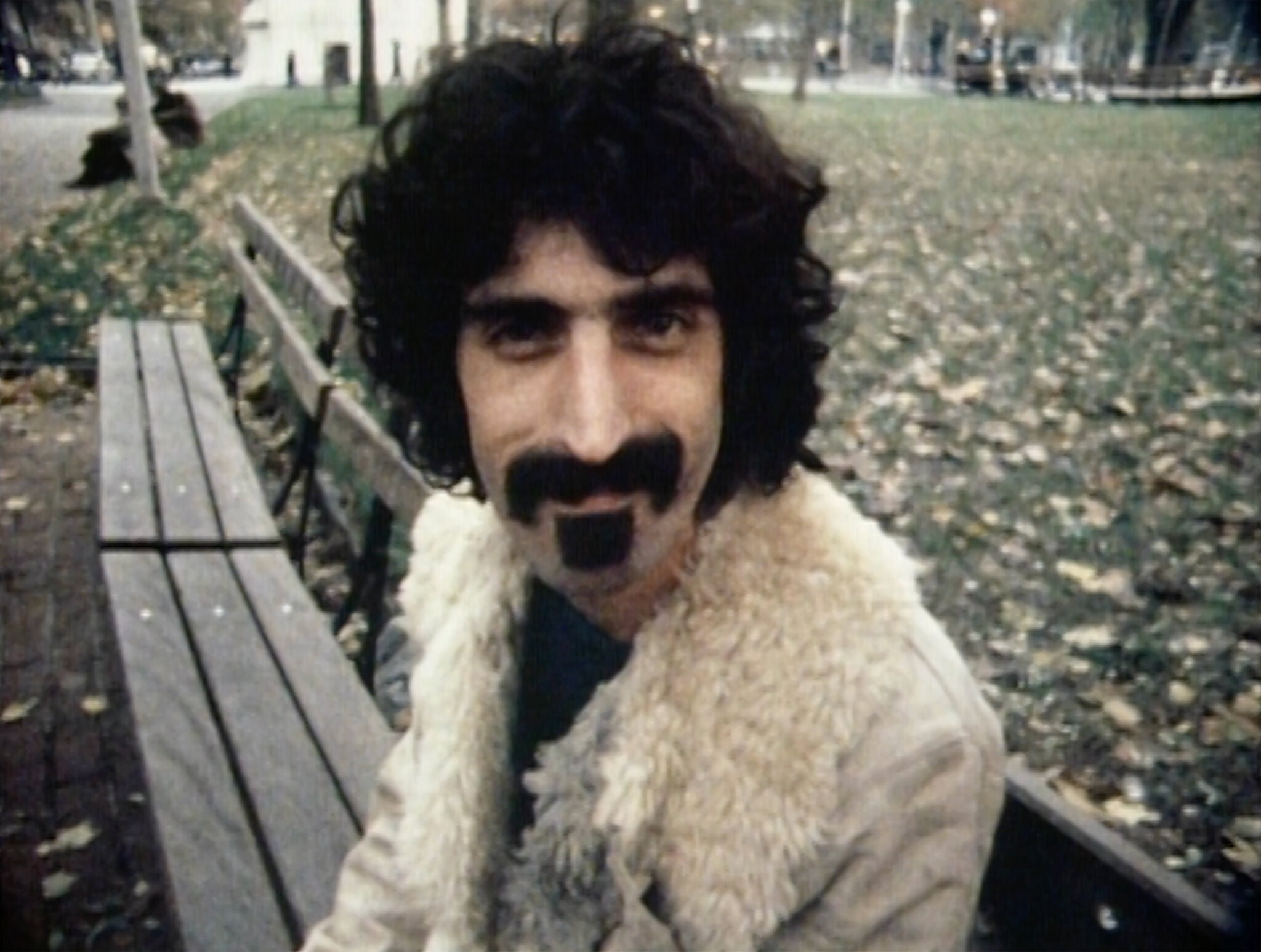 Prior to getting a chance to sit down with Alex Winter’s new documentary Zappa, about the composer, guitarist, and satirist Frank Zappa (1940–1993), my Twitter feed was inundated with people who hadn’t seen the film (and likely never would) declaring their hatred of Zappa and his music. My Zappa fandom has been fairly insular since my high school days, so I hadn’t realized that his music was still actively detested, rather than being forgotten by most and shoved aside into dusty corners for only obsessives to enjoy. But apparently, his music still has enough power that some people think their loud opposition to it can diminish it. As Winter’s documentary makes clear, Zappa will never appeal to most people, either as a man or a composer, but the filmmaker has done more to resuscitate Zappa’s image than anyone before. He’s done something miraculous by turning the iconoclastic musician into a figure worthy of sympathy, something that wouldn’t have seemed possible even during his lifetime.

For the uninitiated, Zappa began his musical career as a teenager enthralled by blues and R&B records, until his musical imagination was forever changed when he heard an album of experimental 20th Century music by the French-born composer Edgard Varèse. After moving to the United States, Varèse wrote strident, atonal music that scandalized audiences while also departing from modernist orthodoxies at the time. His music was a blueprint for Zappa, who would later devour the works of Igor Stravinsky and Anton Webern, among other avant-garde figures. His earliest music was more influenced by the blues music he first loved, but Zappa always thought of himself as a composer first.

His band The Mothers of Invention’s exploratory first LP Freak Out famously inspired The Beatles to make their own concept album with Sgt. Pepper’s Lonely Hearts Club Band, and he would continue to include elements of classical music in his work. Later bands would create a relatively popular blend of jazz and rock, but some of his most popular albums featured scatological songs that couldn’t be played on the radio, even though the albums were popular with a subset of listeners. The constant throughout much of his career was Zappa’s unusual but compelling guitar playing. In his final years, he turned away from performing and back toward composing, writing for prestigious European chamber ensembles, the London Symphony Orchestra, and an advanced programmable synthesizer, the Synclavier, before succumbing to prostate cancer.

Winter is best known for starring opposite Keanu Reeves in Bill & Ted’s Excellent Adventure (1989), followed by their Bogus Journey (1991), but he’s worked more as a director in recent years than he ever did as an actor at the height of his career. It’s clear from Zappa’s opening salvo that he was the right person to direct the film, as he’s able to be sympathetic to Zappa’s mindset and his music while rarely lapsing into hagiography. He also has a knack for ferreting out the details of Zappa’s early life (many of which were described in his autobiography) and pointing out their eventual influence on his music and personal life.

A defining early moment in Zappa’s childhood was when his family moved near a facility that manufactured chemical weapons, which necessitated that they keep gas masks handy in case the tanks containing mustard gas would rupture. Though he didn’t understand the gravity of the situation at the time, fears of an overzealous military would feature in many of his later songs, and the gas mask specifically would be a recurring motif for him. Winter finds some great period footage of people using gas masks that fits in elegantly with Zappa’s owned recorded reminiscences.

Rather than following these early incidents with the minute details of his career that many Zappa enthusiasts will desire, Winter radically (but wisely) leaves out many of the specifics. Few song titles are ever mentioned (though the soundtrack has an excellent selection of Zappa’s compositions) and only a handful of albums are shown. Some Zappa biographers have gotten stuck on the minutiae of his imposing discography, but Winter focuses on what inspired Zappa, as well as his social and political concerns throughout his life. Trying to diagram each of his bands and the albums would lead to madness, so sticking with the man himself is the wiser path. Die-hard fans will be dismayed that most musicians who worked with Zappa are never mentioned (though there are revelatory interviews with some who worked with him longest), but it’s impossible to include all those details in anything other than a 10- or 20-episode docuseries.

Winter’s focus on Zappa, as opposed to his albums, turns him into a more sympathetic figure, one whose sole focus in life is to bring the music he hears in his head into the world. The film is elegantly bookended with footage of a particularly proud moment late in Zappa’s life when he had mostly given up his guitar playing after learning that he would soon die. Zappa’s music with The Mothers of Invention had been coveted by Czechoslovakian youths during the former country’s occupation by the Soviet Union, and he was embraced by the country as a cultural ambassador shortly after its Velvet Revolution. There’s extraordinary footage of the composer arriving in Czechoslovakia looking like a king returning triumphant from a long foreign war, despite wearing a ridiculously fluffy hat. Zappa didn’t have a band with him, but he gamely sat in with another ensemble as they set up a groove while he soloed over them with his guitar. There’s not much of the actual performance featured, which wasn’t his best due to his lack of practice and the band’s inability to gel with his style, but that doesn’t prevent it from being a moving moment. It was his final performance on stage, and the footage is positioned as the final validation of Zappa’s life’s work.

Winter paints a portrait of an artist desperate to create, even as the music industry is determined to ignore and marginalize him. The final sections of Zappa are particularly moving, as the artist who rubbed so many people the wrong way deals with his impending death and his need to get out all the music inside of him. Unfortunately, Winter doesn’t have interviews with any of Zappa’s children, but his late wife Gail Zappa was interviewed prior to her death in 2015, and she points a heartbreaking picture of a family desperate to spend time with their father in his final months. Even then, Zappa was more concerned with finishing his work than being their father. Zappa was also reticent about his feelings and emotions, but Winter gives a sense of them via osmosis by using footage of his family. I’ve loved Zappa’s music for decades now, but never felt much affection for the man himself. Winter’s documentary has done the seemingly impossible work of humanism the monumental composer, which is the greatest compliment I can give it.