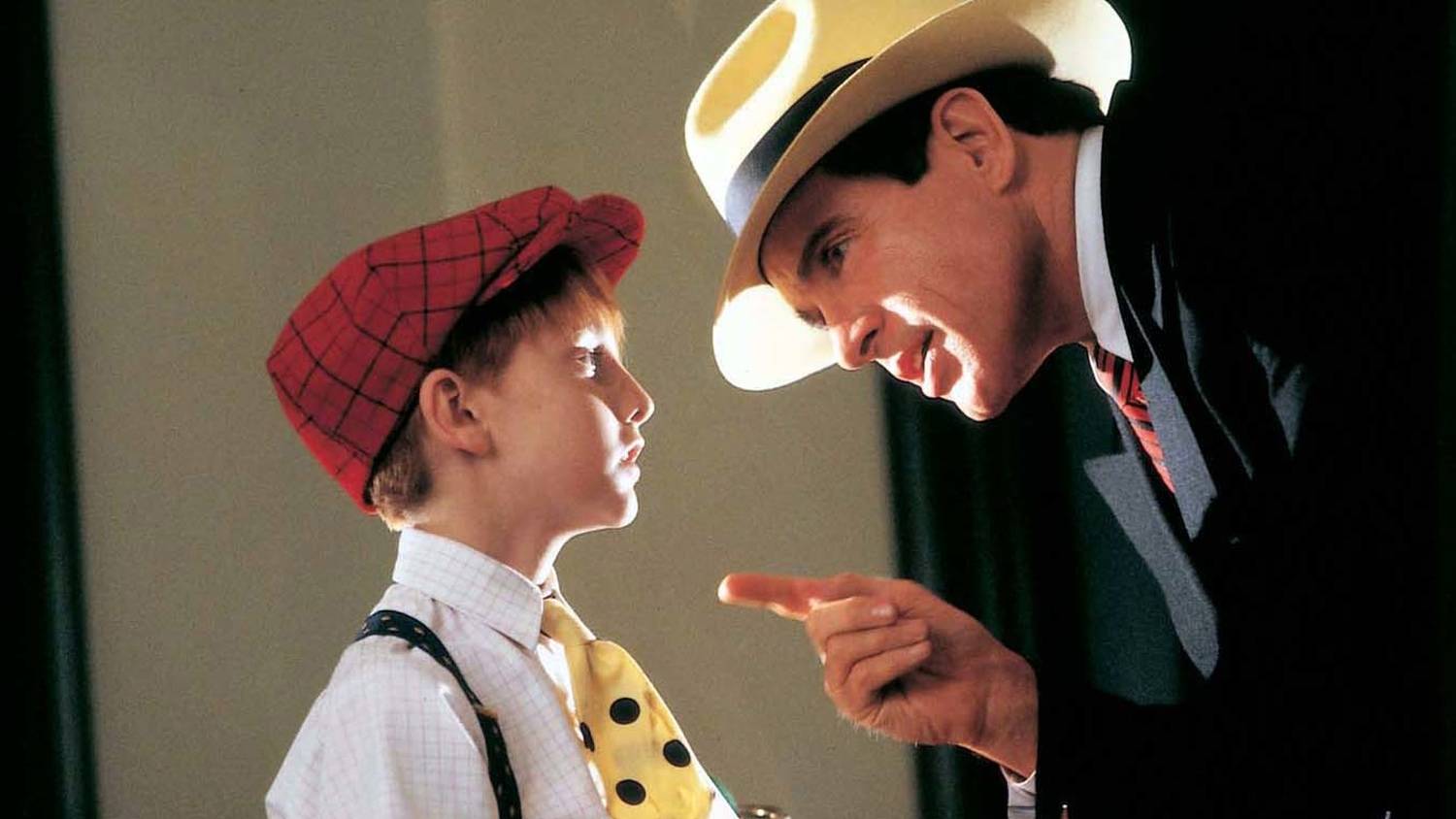 In the summer of 1990, Warren Beatty’s labor-of-love, Dick Tracy, became a surprise commercial hit, earned acclaim for its visuals and technical artistry, and went on to win a number of high-profile awards. Its cast was bursting with stars and beloved character actors. So why, 30 years on, does it feel so forgotten?

Certainly, director-producer-star Beatty created a visual masterpiece and proved that “style over substance” isn’t always a bad thing. The design team was limited to the seven colors available to comic strip creator Chester Gould, and the movie reproduces that vivid look as faithfully as any live-action film could. From the spectacular flight across the twilit city that appears under the opening credits, it’s clear that Dick Tracy is something different.

Moments later, Gould’s trademark Rogues’ Gallery villains make their first appearance, brought to life by the makeup of John Caglione, Jr. and Doug Drexler, who would go on to create the iconic makeup for The Dark Knight. The work of production designer Richard Sylbert, costumer Milena Canonero, and cinematographer Vittorio Storaro are in such lockstep that exteriors, interiors, and costumes all seem created by a single designer. The bold strokes of color draw on expressionist theory and create images like nothing seen before or since.

As it was raking in $103 million at the box office, holding its own in a season that boasted such heavy hitters as Total Recall and Die Hard 2, Dick Tracy garnered critical praise for its technical and artistic achievements. It was nominated for seven Academy Awards, including one for Pacino’s manic performance, and won for makeup, art direction, and Sondheim’s “Sooner or Later (I Always Get My Man).” The Golden Globes bestowed it with a nod for Best Musical or Comedy.

But though Dick Tracy seems to have everything going for it, its legacy doesn’t live up to its credentials. The emphasis on stylization and period setting gives the movie a timelessness, so it hasn’t dated as badly as it might have, but its faults have been there from the beginning. As one of the last summer blockbusters created without CGI, it relied on hand-painted backdrops that had to be filmed without moving the camera, leaving some scenes feeling a bit static. Danny Elfman’s score is suitably heroic if a bit derivative of his seminal music for Tim Burton’s Batman the year before. Of course, the screenplay is right out of the comic strip hero playbook, and a “surprise” reveal seems a little tacked-on. But perhaps most damaging is the movie’s lack of a single memorable scene. Instead, what lingers in the mind after viewing Dick Tracy are the eye-popping colors and monstrous baddies. At worst, the movie is like a gallery exhibit that may impress but doesn’t demand a second look.

In the ensuing decades, this remarkable work got lost as something of a curio. But there is still much to recommend it, not least to witness the artistry filmmakers can achieve without relying on digital toys. In an era of expanding budgets, CGI excess, and more-of-the-same comic adaptations, Dick Tracy is ready for rediscovery.

Showgirls is One of the Most Peculiar Pictures Ever Released