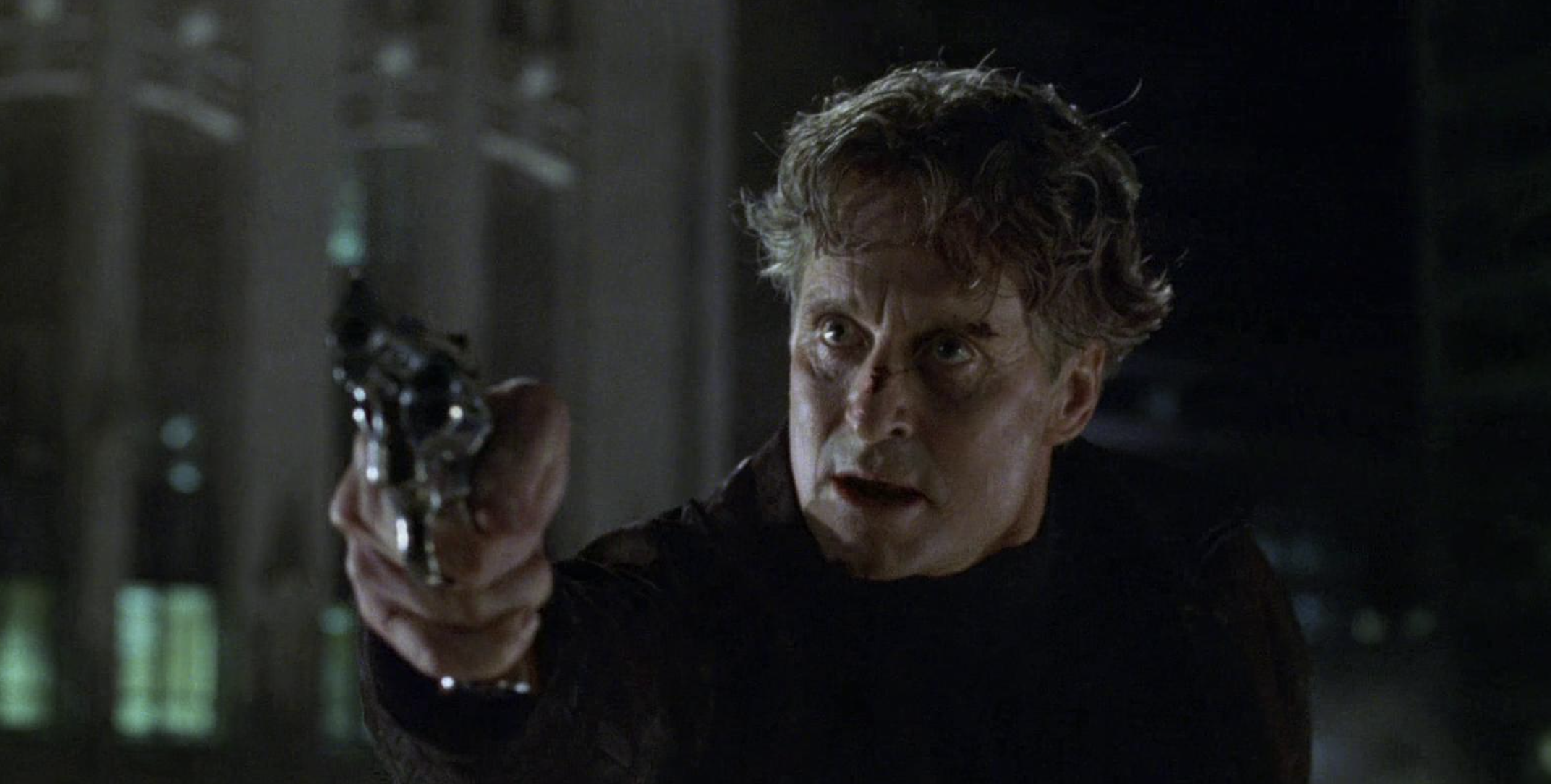 The Game, released in September of 1997, was David Fincher’s third film as director, released exactly between Se7en and Fight Club, both fall releases that arrived two years before and after it.

The film, which arrived 25 years ago this week, isn’t Fincher’s best or most enduring work, but it is an effort that skirts the boundary between legitimately terrifying and ridiculous enough to be funny. I remember first watching a critics screening and laughing my ass off, even though I probably wasn’t supposed to. Something about the timing of the scares and music cues, I think. And the thing with the clown.

The Game‘s central conceit combined Michael Douglas’ 1980s persona of a powerful guy who falls victim to predations, with a very of-the-moment late-’90s idea: That for one to have an outwardly successful job and career is actually the path to moral rot, and that the exact opposite of that is the key to happiness. Fincher would further develop a similar idea two years later with Fight Club, a movie that’s much better remembered in the public imagination, even though The Game actually did better at the domestic box office.

Douglas plays Nicholas van Orton, a wealthy investment banker based in San Francisco who, despite seemingly unlimited wealth, appears friendless, alone, and miserable (if the movie were made now, especially in San Francisco, he’d almost certainly be a tech executive). Like Fincher’s own Fight Club, The Game is another movie in which the plot’s events would have resolved themselves in the first 15 minutes if only the male protagonist had found a good therapist.

About to turn 48 — the same age his father was when he died by suicide in his presence— Nicholas is visited by his screw-up of a younger brother (Sean Penn), who offers him a birthday gift: A “game,” from a mysterious company called  Consumer Recreation Services (CRS), which will soon overcome every aspect of his life. James Rebhorn, in his first big character actor role, represents the company’s frontman.

Strange things start happening, including financial news anchors on television appearing to speak directly to him. Everyone he meets may or may not be part of a con. A helpful waitress (the ’90s actress Deborah Kara Unger) may not really be helpful, or for that matter really a waitress.

He soon begins to suspect that CRS is trying to steal his money and possessions and even encouraging him to die in a matter similar to his father. But in the end, it was all fake, leading to a memorable presentation of a T-shirt reading “I was drugged and left for dead in Mexico, and all I got was this lousy T-shirt.”

Sure, there’s not much plausibility to anything that happens here, with the whole conspiracy only working if Nicholas reacts exactly the way to every beat exactly as he does. And the conclusion — being threatened and faced with the loss of one’s safety and all of his worldly goods was actually a good thing because it sure beats being a wealthy, soulless yuppie — is somewhat iffy as well. And you’d think the ending would make him mad at Penn’s character, as opposed to the opposite.

But 25 years on, The Game remains an enjoyable film to watch and a formative effort for Fincher.