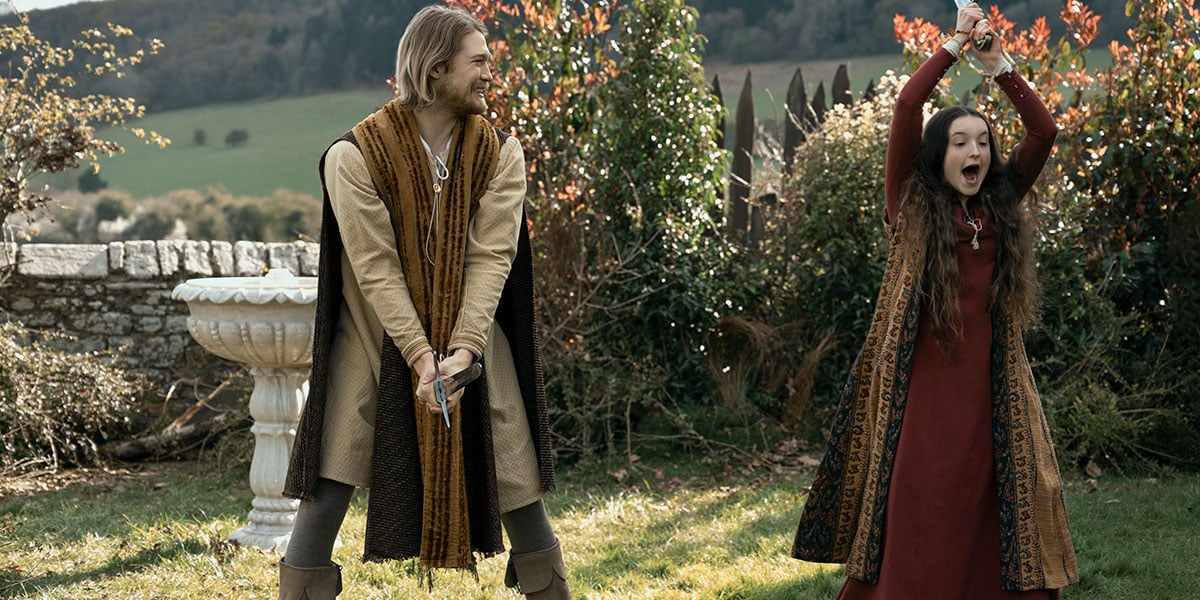 Earlier this year, the highly controversial Girls co-creator and star Lena Dunham ended a more than decade-long movie-directing hiatus with Sharp Stick, a bizarre indie comedy about a young woman who discovers sexuality for the first time in her mid-20s.

Sharp Stick was meant with vitriol when it debuted at Sundance and was mostly greeted indifferently when it got a perfunctory release this summer. But now, Dunham has returned with another new film, and it’s not only much better but seems to have avoided any of the usual Dunham-related controversies.

That film is called Catherine Called Birdy, and it’s a majority departure for its director- it’s a period piece and literary adaptation, and also seemingly unconcerned with the hipster battles of today. But it does very much apply feminist notions to the mores of the distant past.

Catherine Called Birdy stars Bella Ramsey — who audiences likely most remember as Lady Lyanna Mormont on Game of Thrones — as the titular Lady Catherine, a 14-year-old who prefers the name “Birdy.” She’s under pressure from her father (Fleabag‘s “Hot Priest,” Andrew Scott) to consider marriage, mostly because the family’s future depends on it, but Birdy has ambitions of her own. Billie Piper plays her mother.

Ramsey, in her first lead performance, absolutely shines as a girl whose circumstances are hurt by the time she’s living in. The film is based on an award-winning children’s novel, published in 1994 by Karen Cushman.

Russell Brand, returning to movies after several years in the wilderness of YouTube conspiracy videos. Ralph Ineson is a more welcome sight when he shows up briefly. Joe Alwyn is in it too, and no matter how many movies he appears in, I will never recognize Joe Alwyn when I see him.

The adaptation very much recalls Greta Gerwig’s Little Women, also a literary adaptation given a modern feminist slant, with a touch of Wes Anderson thrown in as well. It also recalls the Apple TV+ show, Dickinson, especially thanks to the use of anachronistic music. Between that, and Gerwig having directed Lady Bird, there are indications that perhaps Dunham is eying Gerwig as an inspiration in this phase of her career.

A TIFF world premiere, Catherine Called Birdy will open in theaters almost immediately following the festival, on September 23, with an Amazon Prime debut to follow in October. It won’t land Lena Dunham back at the center of the zeitgeist, but it does show she still has some interesting things to say as a filmmaker.

25 Years Ago: The Game was David Fincher’s Scary Statement on 1990s Soullessness

Bros is as Hilarious as it is Groundbreaking