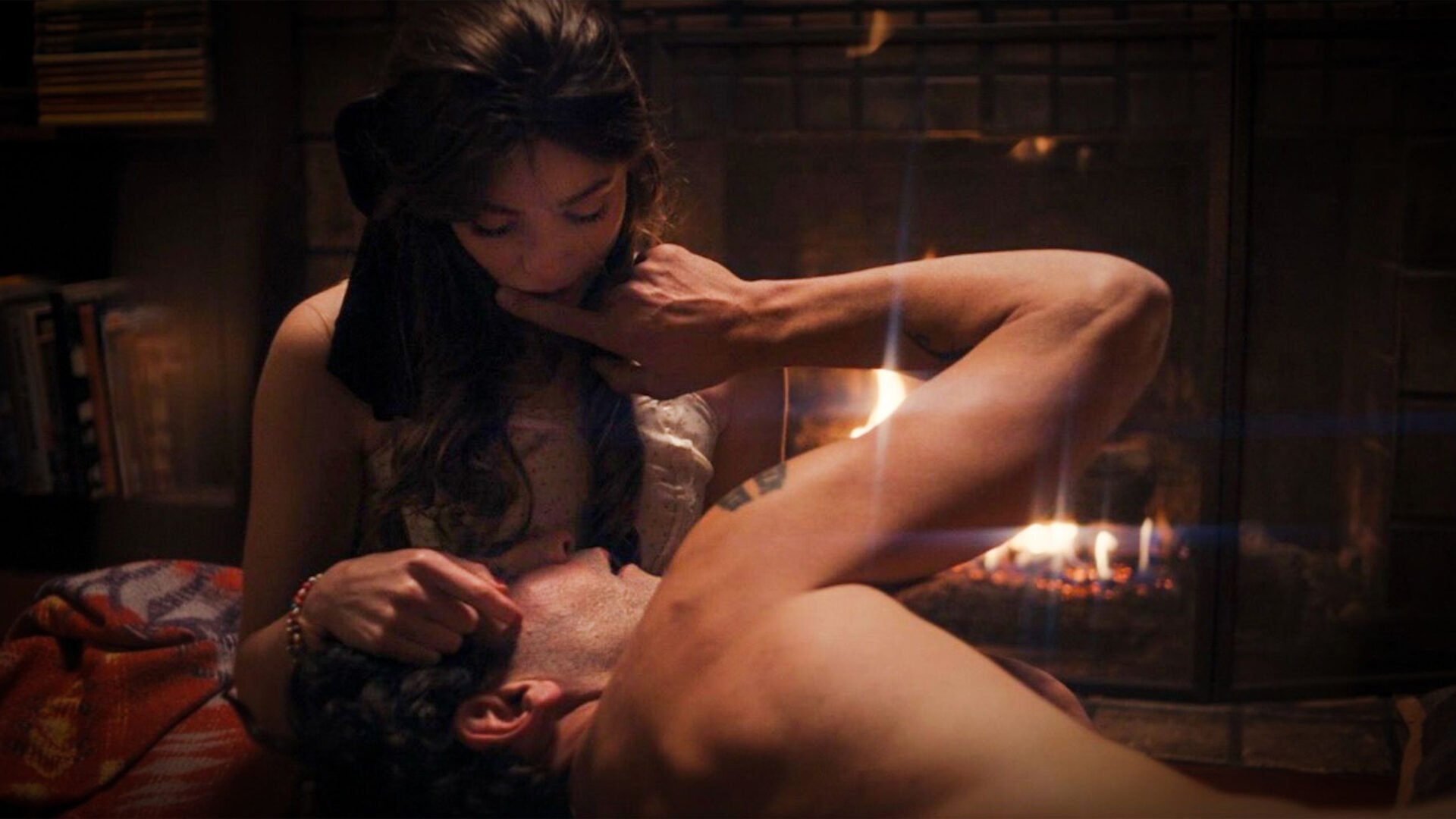 Lena Dunham, even at her worst, understands one thing: people are messy. They might think they have it all figured out, but what do they really know? Her projects have always dealt with people in awkward points of their life just trying to figure out themselves, and her latest feature, Sharp Stick, is no exception. A movie that seems designed to make people uncomfortable with honest conversations about sex and the importance society ascribes to it, Dunham proves the value of those discussions through uneven drama and humorously awkward sex comedy.

Sarah Jo (Kristine Froseth) is 26 years old, a virgin, and lives in an apartment complex with her five-time divorced mother, Marilyn (Jennifer Jason Leigh), and influencer sister, Treina (Taylour Paige). Surrounded by the constant talk of sex and female empowerment, Sarah Jo takes it upon herself to lose her virginity and does so with Josh (Jon Bernthal) – the father of the child that Sarah Jo looks after during the day. What follows is a sexual awakening that naturally shifts into a journey through the world of sex by a young woman who finally sees the world anew.

There’s a frankness to Dunham’s projects that has always rubbed some the wrong way, but Sharp Stick feels like the best incarnation of her tendencies. Written by Dunham, it’s a film that organically moves from undeterred fixation on breaking through a barrier to a search for desire and passion in all the places society provides. There are those who mentor and guide us through our adulthood and Sharp Stick’s many figures for Sarah Jo to look towards all have their own distinct personalities to find guidance.

Dunham’s past works, including Tiny Furniture and Girls, both felt extremely tied to their setting of New York. Sharp Stick also embodies the setting of Los Angeles in a very similar way. There’s an anxiety in Dunham’s New York-based characters that is noticeably absent here – L.A. is presented as a city of opportunity and experimentation. It isn’t where you get your career on track, it’s where you find out more about yourself and guide your life as a whole. Whether that truly is the case for L.A. or not, its sun-soaked imagery juxtaposed against dark, grimy dive bars and dimly lit rooms evokes a sense of two worlds both always at your fingertips.

Along for the ride are a few standout performances, including Jon Bernthal and Jennifer Jason Leigh as guiding figures for Sarah Jo. Leigh plays Marilyn with a level of experience and dry humor that instills a sense of confidence in Sarah Jo’s character that her mother is a wealth of information, even if it’s mostly just about how men behave. Meanwhile, Bernthal plays one of the more divisive characters in the film, offering himself up to take Sarah Jo’s virginity as if he’s some sort of knight in shining armor. There’s a sadness underlying his every move and a deluded attitude that suggests he might be more naive and messed up than Sarah Jo thinks she is.

Most importantly though is Kristine Froseth’s lead performance. Her naivety with regards to sex is accentuated by Froseth’s dawdling eyes, taking in every conversation and processing it as an amendment to her way of life. It’s an incredibly varied performance moving from attentive to seductive to frustration, all with an undercurrent of innocence.

The combination of Froseth’s performance and the honest moments her character experiences makes Sharp Stick a moving experience, even when it sometimes struggles with its intended impact. The drama occasionally lands thanks to the performances, but Sharp Stick is primarily made up of engaging conversations about sex that are punctuated by humorous awkwardness. It’s those sincere beats that capture Dunham’s obsession with the messy lives of people just trying to figure out how to process experiences and learn from them.

Sirens is an Empowering Example of Resistance