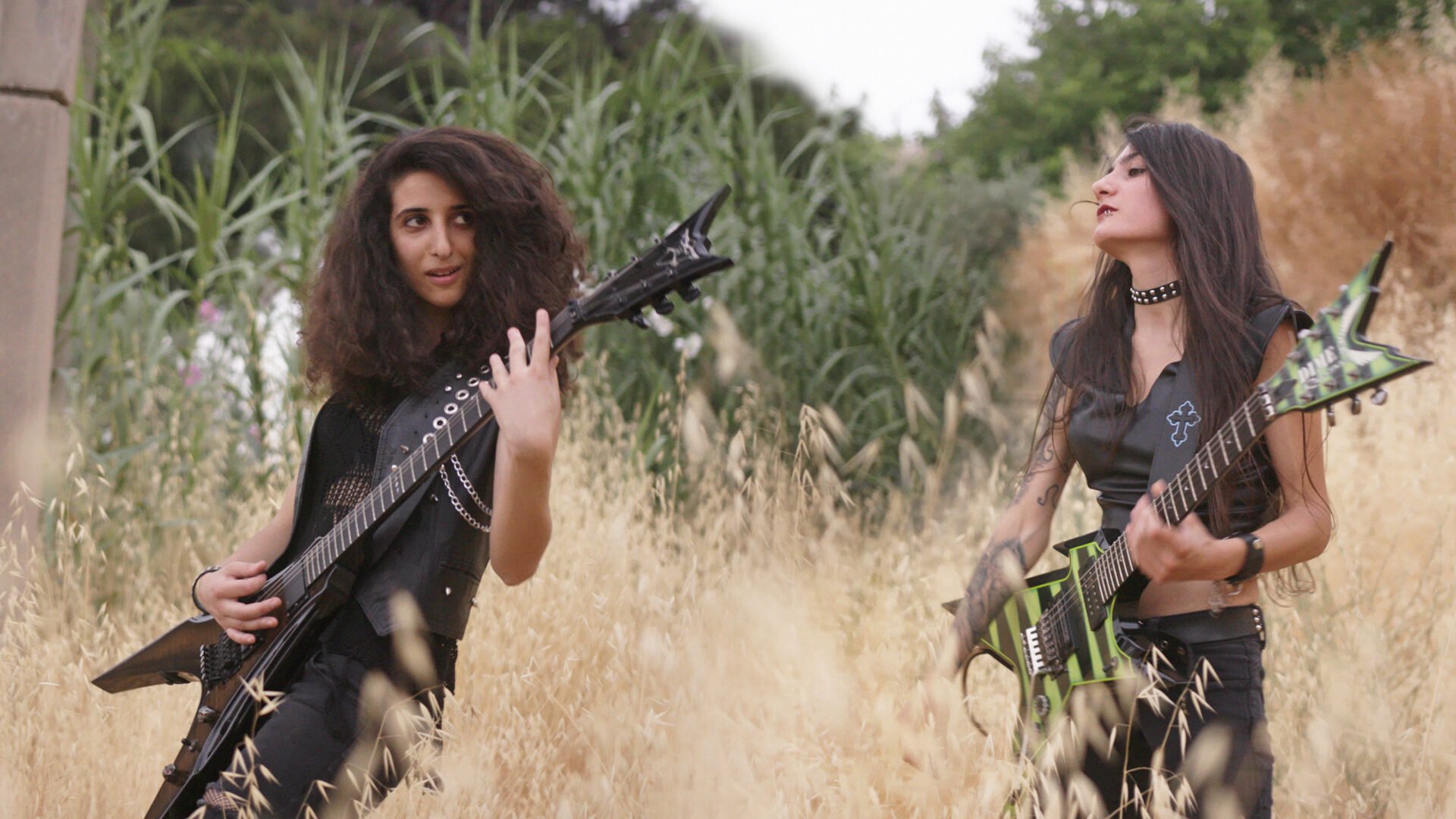 Political unrest in Beirut serves as the backdrop for Sirens – a documentary following the first and only all-female thrash metal band in the Middle East as they navigate internal and external conflict. Focused on two of the founding guitarists and best friends, Lilas Mayassi and Shery Bechara, Rita Baghdadi paints a portrait of music as a form of resistance while the world around its subjects wreaks devastation.

When we’re first introduced to Slave to Sirens, their bond appears unbreakable and they’re about to embark on a trip to Glastonbury to play a music festival. Surrounded by bands from all different genres, their excitement fades as they realize their set is too early for many to notice them. A trip back to Beirut begins opening up new wounds and strife within the band as Shery and Lilas butt heads and their friendship begins to fracture.

Baghdadi’s focus in Sirens is primarily on Lilas and Shery’s falling out and how the band moves on from that. The rest of the band members are largely ignored in exchange for a story about two friends with their own personal conflicts at home, and how their struggle only makes each other stronger. The all-female band aspect doesn’t get explored with much depth, though there are cursory references to the prejudices still felt by not having a man in a band that’s playing a male-dominated genre.

Instead, Sirens is mostly on the expectations of women and how the alternative lifestyle alone is enough to cause a rift between some. Lilas consumes most of the screentime as her mother is still in the dark about her sexual orientation and believes that in due time she’ll have a baby and a husband and move on from metal music. Meanwhile, Shery doesn’t have the same problems, instead it’s the falling out with Lilas and the feeling of a core friendship possibly being lost that puts her in a downward spiral.

The two women’s suddenly volatile relationship begins tearing at the band, reflecting what’s going on in the country around them. A difficulty to freely express oneself becomes exponentially more painful when those closest to you begin walling themselves off due to their own pain. A small detour in Baghdadi’s documentary to the destruction and restrictions happening in Beirut puts everything in perspective and just how important it is that Slave to Sirens not only exist, but have their voices heard.

For the most part, Sirens is a two-person show and the film never has an in-depth conversation about the genre that Slave to Sirens is playing, the scene that they’re inhabiting, nor the role the rest of the band plays. They’re touched on but in a very casual and fleeting manner. Small omissions like that hold Sirens back from justifying its focus on an all-female metal band, but it still discusses almost every other facet with a care and attention that evokes an emotional response. These are two women expected to someday fall back into the same path that every woman in Lebanon is expected to walk and their resistance provides a necessary shock to the system.

Sharp Stick is a Sincere and Explorative Sex Comedy