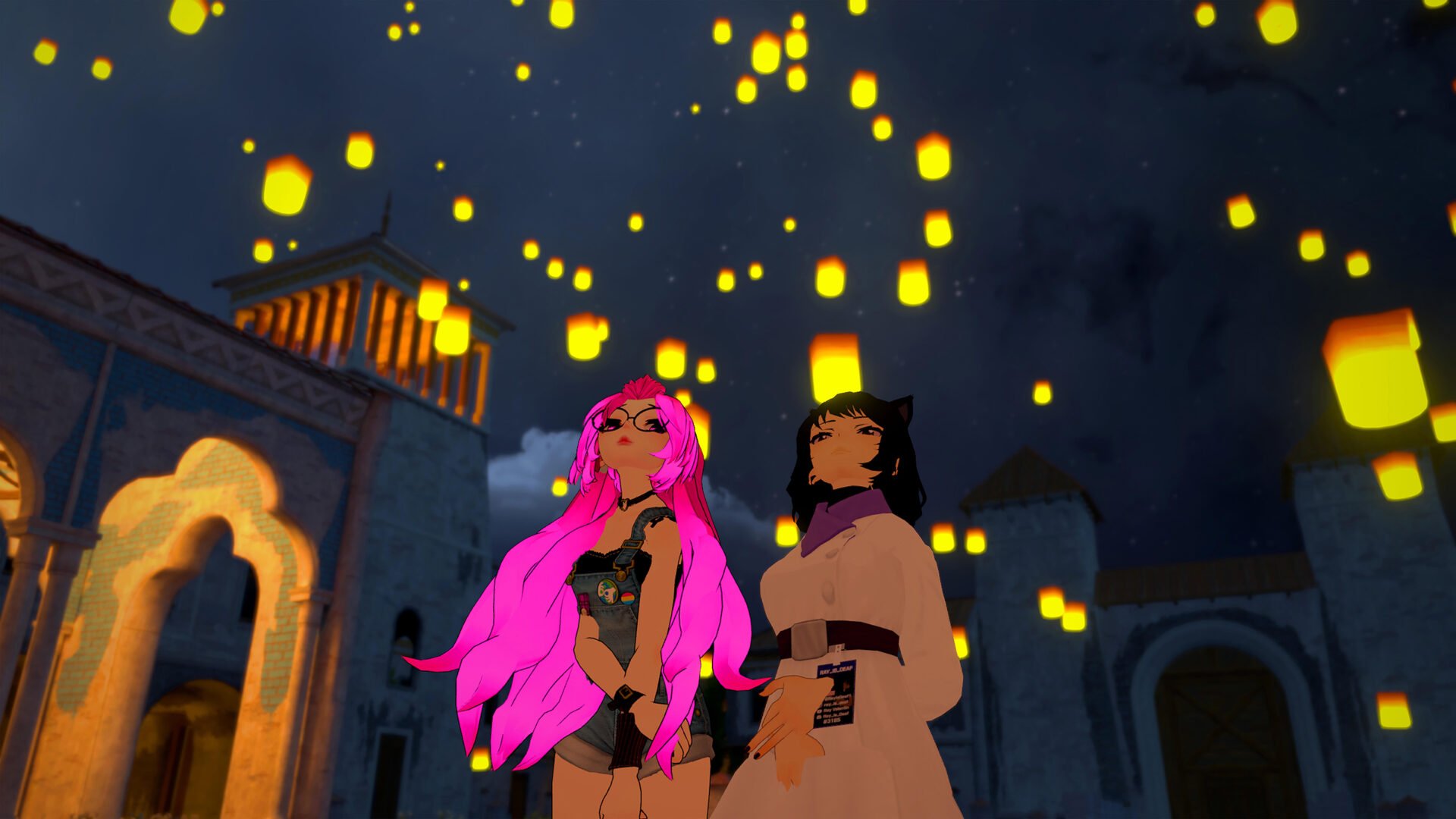 As COVID-19 and social distancing have put physical gatherings on hold or strained the ability to maintain relationships, We Met in Virtual Reality showcases an alternative that is setting itself up to become the future of social interaction. Joe Hunting’s documentary provides an overview of the ways in which virtual reality, and specifically a program called VRChat, have allowed people to communicate and be themselves without the need for physical interaction. For the uninitiated to virtual reality and digital spaces, it’s an insightful documentary filled with an entertaining cast.

Hunting’s feature directorial debut makes one crucial decision right out of the gate that helps illustrate the impact that virtual spaces like VRChat provide people: it’s filmed entirely in virtual reality. We never see people beyond their avatars, though they share personal information that helps us understand why they spend the time they do in VR. It’s a level of immersion that benefits We Met in Virtual Reality as it provides us with the same entry point that everyone who jumps into VRChat will be provided.

The limits of the technology could be seen as a barrier, but what is proven time and again with each person followed throughout the film is that nothing is impossible. The ability to create an avatar that best represents your personality, whether it’s something as simple as a man or woman or as weird and off-kilter as a demon or hotdog, allows for introverted people to immediately bring out their inner selves. The worlds they choose to inhabit and create act as another reflection of themselves, and the activities they partake in add another layer of depth and relatability to each character. For many, digital spaces can be a second life, but it can also just be a place to relax from the daily struggles.

The most fascinating portions of We Met in Virtual Reality are its subjects. An ASL (American Sign Language) teacher hosts classes within VRChat, allowing people to communicate more freely inside and outside virtual reality; a dancer hosts dancing classes while also finding love through the program; and two people who already love each other get married in virtual reality, sharing the moment with a supportive community. Many other moments unfold in virtual reality and they can be as structured or as casual as you want, but Hunting’s film makes it clear that physical distance from people does not mean society will crumble.

As someone who met his wife online and has since moved in together and been married for many years, We Met in Virtual Reality’s premise is always exciting to visit. There’s so much potential for digital worlds to supplement real life and foster stronger relationships than you might have in reality. However, the concept isn’t new. It’s been explored for years and while there is still a stigma with online communication that it’s not a suitable replacement for social interaction, We Met in Virtual Reality is still a case study of a few subjects. There are no statistics and for myself, nothing new to bring to the conversation.

Instead, Hunting’s film acts as a jumping off point for others to understand the role virtual reality can play in day-to-day life. Now more than ever, it could even save lives as isolation, anxiety, and pressures can fall to the wayside while existing within these worlds. We Met in Virtual Reality’s decision to film in VR helps cement the power of digital playgrounds. While it may not break new ground and offers little to those already familiar with the format, Hunting’s documentary embeds itself with subjects that may push people to find a new way to express themselves and bring a sense of community to those struggling to belong.

Sirens is an Empowering Example of Resistance