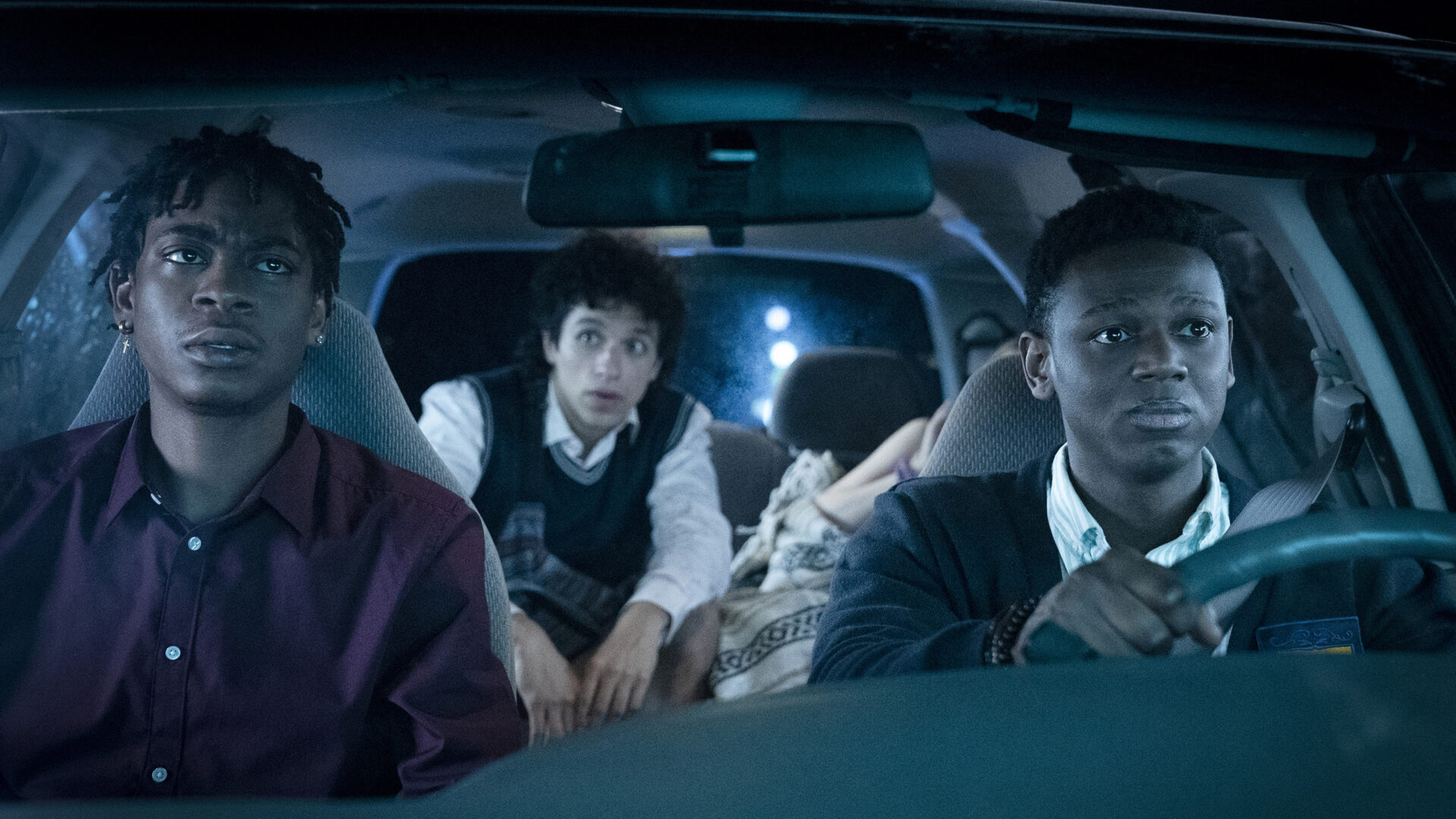 In Emergency, a trio of college friends find themselves in for one wild night as they attempt to complete their frat’s legendary tour. However, things get off to a bumpy start and only get worse from there in this familiar comedy premise spun in a new light. Carey Williams’ latest film begins as a hilarious college comedy and then quickly finds itself in a reality that could mean life or death. Emergency becomes an emotional exploration of racial tensions and just how easily your whole world can be upended.

Kunle (Donald Elise Watkins) and Sean (RJ Cyler) are best friends reaching the end of their college careers. While Sean can’t wait to be done, Kunle has just been accepted into Princeton and plans to continue his studies. However, nothing can stop them from becoming the first Black students to complete the legendary tour – a marathon across campus to hit all seven parties happening that night. Tensions quickly rise though once they arrive back at their home to find a white girl passed out on their floor and their roommate Carlos (Sebastian Chacon) unaware of how she got there.

With the knowledge of what will probably happen if the cops arrive to find a white girl passed out in a random house surrounded by two Black men and their Latino roommate, the three quickly try to figure out how to get out of this mess and get back to partying. The plot of Emergency treads familiar territory of college and high school comedies, but it’s Superbad without the privilege. The ramifications of their every action is far more intense than anything white characters would experience in the same situation. It’s a fact that eludes almost every character except Sean who is acutely aware of how prevalent racism still is in America and knows people who have experienced it first-hand from police.

It’s such a small character detail, but changing the color of its protagonists’ skin fundamentally changes the genre of film and K.D. Dávila’s screenplay is threatened by a sudden loss of its humor. Fortunately, Emergency is still hilarious. The chemistry between Cyler and Elise Watkins is infectious, even when some of the dialogue can feel a bit forced. Their past is palpable in their interactions with one another, letting Emergency establish the history between the characters and give it a much more emotional core.

The added wrinkle of the unconscious girl’s sister, Maddie (Sabrina Carpenter) trying to locate her when she’s with the trio of men is where Emergency finds a rough patch. The differing perspective on what Sean, Kunle, and Carlos are doing with a passed out white girl adds tension, but it’s also somewhat redundant. Every character they encounter seems to have the same reaction and Maddie’s group of friends end up being a plotline too far, adding very little depth and bunching up the pacing of the film.

Once it finally gets to its resolution though, Emergency does find a decent way of marrying its separate storylines. Williams has an invigorating sense of direction and it leads to a predominantly entertaining time marred by some pacing and repetition in the screenplay. Otherwise, it finds a natural recontextualization of the “one wild night” trope and one that injects real-world consequences into a usually lighter type of film. It ends a little too neatly, but is still overwhelmingly effective in reminding you that not everyone is treated equally.