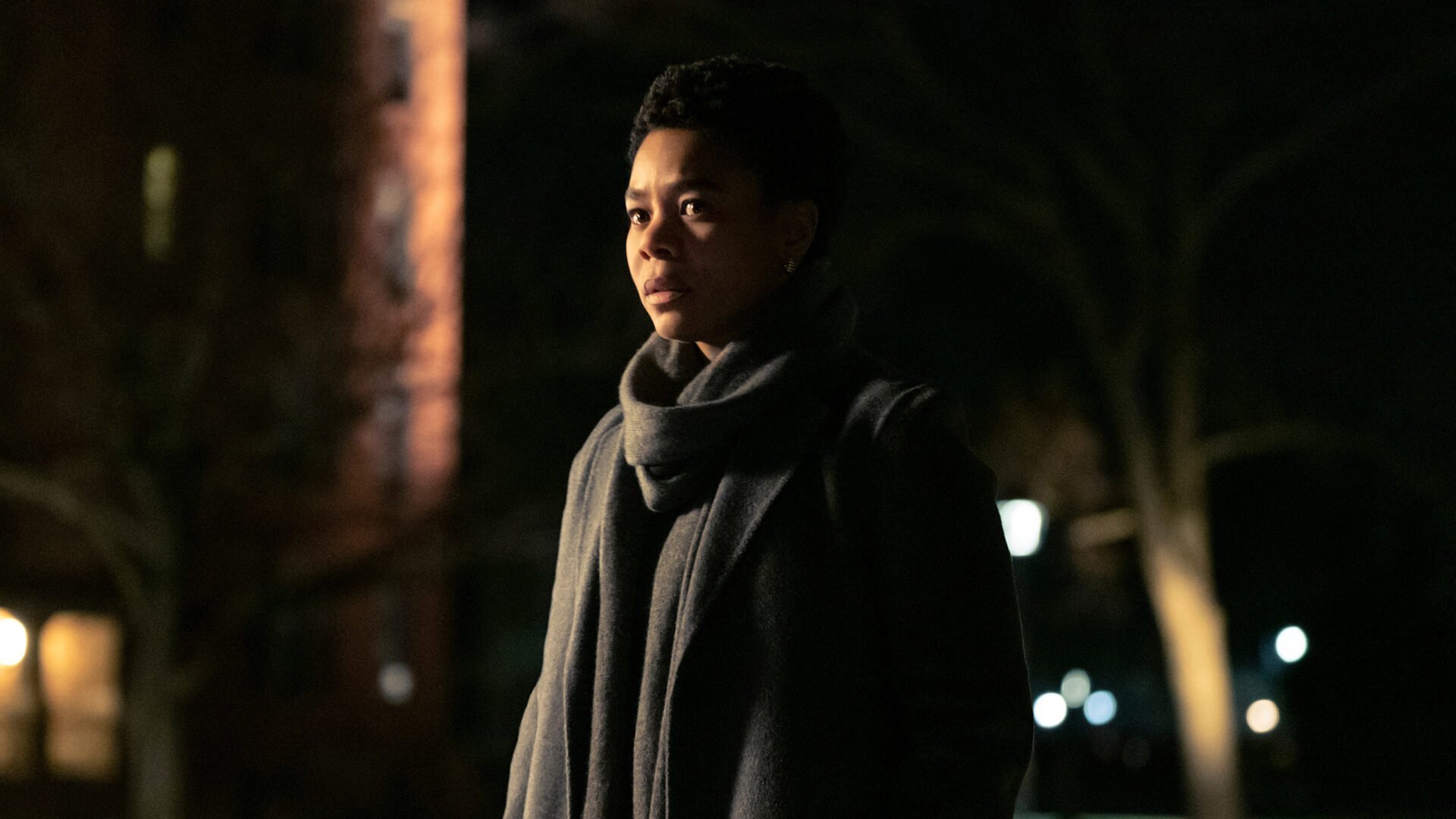 A history of white supremacy and discrimination lingers over Ancaster College, a prestigious school built upon a gallows hill. A legacy of witches is still remembered by those attending every year, serving as a constant reminder of the prejudices that lay at the foundation of the school. In Mariama Diallo’s feature directorial debut, Master, the specter of racism haunts three different women of color and Diallo’s screenplay finds its characters wrestling with past horrors that have never fully died down.

When Jasmine (Zoe Renee) first steps foot on Ancaster College’s campus grounds, she immediately finds herself the subject of gossip. Not because of something she did in the past, or even her introduction to the students – it’s the room she’ll be staying in for the semester that paints a target on her back. Legends of hauntings and supernatural occurrences culminated in a woman being pushed from the room’s window by a witch. It’s the kind of freshman story that one might expect to give a cheap scare, but Jasmine quickly realizes it may be more real than she initially believed.

It’s the supernatural that permeates throughout Master and gives it an unnerving sense of dread. Diallo employs plenty of creepy imagery and visual trickery to question Jasmine’s sanity as well as the sanity of the “Master” of the students, Gail (Regina Hall). Her residence on campus seems poorly kept as maggots and insects appear in random portions of the house. Physical manifestations of the past leaving an imprint on the house eventually bleed into Gail’s own examination of the College’s administration. It becomes evident in her friend’s attempt to get tenure, as Liv (Amber Gray) finds herself wrestling with prejudices and accusations that question her own identity.

Diallo’s screenplay is packed to the brim with history and common examples of racial stereotyping and insensitivity. Yet it all feels subtle, even to the characters. Master takes its time uncovering the past of its setting. Primarily focused on Jasmine for a large portion of the film, it builds a mood and atmosphere that seeps into the characters and starts eating away at them. There’s a pervasiveness to the history of white supremacy in Ancaster that hasn’t really disappeared, drawing obvious parallels to America as a whole. But it isn’t until the film shifts into a bigger focus on Liv and Gail’s relationship that the themes become overly apparent and Diallo’s point comes across with precision.

There’s some clunkiness to the screenplay and the way it tries to marry its horror and social commentary, but it generally works really well. There’s some imagery that doesn’t quite land but the psychological elements and how they feed into the school’s general history wind up doing most of the legwork. The screenplay is largely sold by the performances, most notably Renee’s quiet frustration as Jasmine and Hall’s warm, commanding presence as Gail. Gail in particular feels like a true guide to the students and a permanent fixture within Ancaster College’s legacy. Meanwhile, it’s those struggling to become a part of that legacy that find themselves questioning whether they really belong.

Master sometimes feels like the horror imagery is there for cheap thrills, but when tied to its larger themes it feels a little more natural. There’s still a struggle and it’d likely work better without some overreliance closer to the end, but when it works it is striking. There’s a level of ambition that is easy to overlook because of how tightly woven the screenplay is, bringing three different characters within the same school but dealing with their own unique plights. Diallo delivers a haunting reminder of the past’s increasing hold on today in a tense psychological thriller.