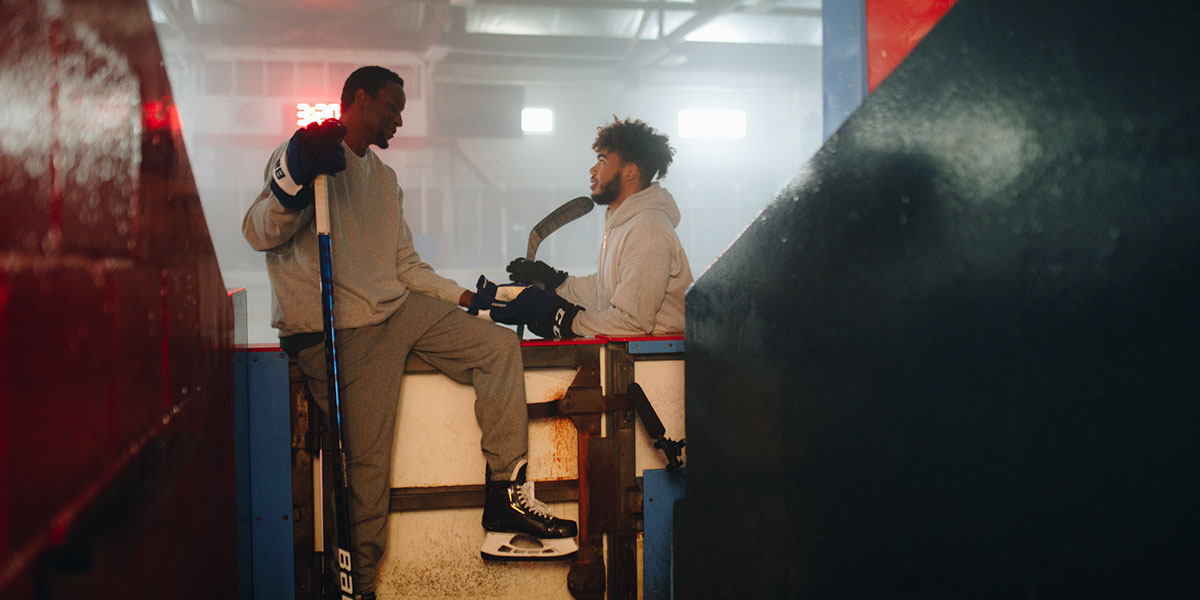 A TIFF premiere, Black Ice is a film about Black players in hockey, from pioneers of the game who played when it was segregated to both amateur and professional players today who have dealt with racist taunts from fans, opponents, and even their own coaches.

Directed by Hubert Davis, Black Ice comes from a hugely star-studded group of producers that includes LeBron James, Maverick Carter, and rappers Drake and Future. Those producers have since been sued for $10 million by Billy Hunter, the former head of the NBA players association, who claims he holds the exclusive rights to make a film about the Coloured Hockey League.

That league, which played between the late 19th century and 1930, is discussed in Black Ice, and we also hear from current and former Black NHL players, like P.K. Subban, Make Dumba, Wayne Simmonds, and Akim Ali, some of whom tell stories about the racist abuse they’ve faced. There’s no mention of Don Cherry, but if the movie had made room for that, it probably would have had to be twice as long.

There’s also the sad story of Herb Carnegie, a great Black player in the 1940s and ’50s who never made the NHL, and did not make the Hockey Hall of Fame until long after his death. I was watching the movie in a theater just blocks away from that Hall of Fame.

The NHL broke its color line in 1958, a decade after Jackie Robinson did so in baseball, and it happened so recently that the player who did it, Willie O’Ree, is still alive.

Another issue is racist fan behavior, which is very very bad and seems to know no geographical bounds. It just appears that in every city in the U.S. and Canada  — not just Boston, even though it can sometimes seem that way — the most racist 5 percent of the population are all huge, huge hockey fans.

Philadelphia Flyers fans did welcome Wayne Simmonds, who’s interviewed in the doc, and he became a fan favorite during his time in Philly, Then again, in 2000, when protests erupted in that city following the killing of George Floyd, one incident had protesters chanting “Black Lives Matter” and counter-protesters trying to drown them out with their own chant, of “Let’s Go Flyers.”

Black Ice tells an important story that deserves to be seen, though it’s not clear what the planned timing is for release.

That said, I’m not loving this new trend of documentaries ending with a rap song, over the closing credits, summarizing everything we learned, especially when it’s as silly as the one here. I guess that’s what happens when rappers produce the movie, but nevertheless.

25 Years Ago: The Game was David Fincher’s Scary Statement on 1990s Soullessness