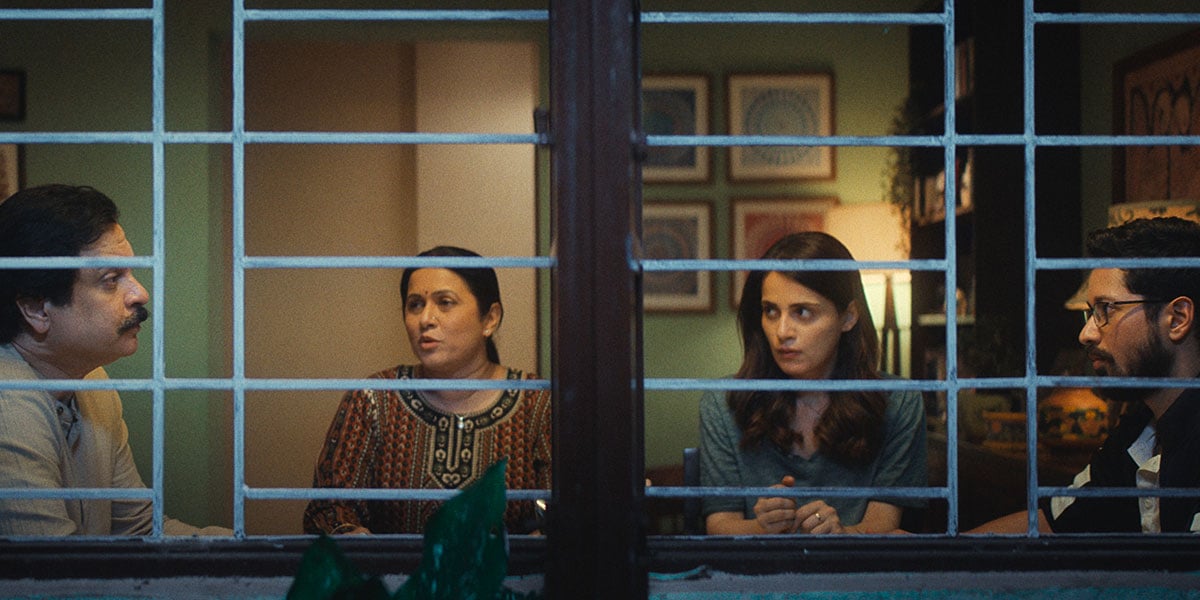 Bollywood, and the Indian film industry at large, is no stranger to the sports drama. It’s very likely that one will either be critically acclaimed or highly profitable, or even both. India’s last Oscar nominee, Lagaan, was a box office smash that brought worldwide attention to the nation’s film output, as its cricket-centered story set in the country’s colonial past took on the subcontinent’s inherent religious and cultural division, and its prevailing sense of a national identity—all wrapped up in the lavish song and dance the nation has made famous.

Now comes Kacchey Limbu, which roughly translates to “unripe lemon”, and much like its title is a wholly unripe cricket drama that never becomes exciting or engaging, ultimately failing to bring forward an impactful exploration of the Indian family unit— which places a crippling emphasis on loyalty and expectations, even if it means passions and dreams are thrown to the curb.

Taking place in the courtyards of Mumbai, Limbu, follows a pair of siblings who struggle to juggle familial loyalty and the pursuit of their passions. Aditi (Radhika Madan, one of the film’s only highlights) hopes to be a fashion designer, but her father wants her to pursue medicine. Meanwhile, her big brother, Akash (Rajat Barmecha), is forced to attend corporate job interviews, even though he eats, sleeps, and breathes cricket. When he’s made the face of a new league, Aditi starts her own ragtag team to convince her brother to take the corporate route.

The film, despite its appeal to be layered in its discussion of familial pressures and sexist sporting traditions, claws at the surface for its entire runtime, only unearthing trite conflicts and obvious answers. Though it has moments of genuine, earned emotion they are too few and far between. Instead, director Shubham Yogi repeatedly sinks back into a derivative seat, relying almost entirely on the formulaic, crowd-pleasing laurels of a sports drama that ticks all the conventional boxes.

That type of mentality would be fine if the movie’s lengthy and monotonous sports sequences were the least bit entertaining or exciting. On a pure filmmaking level, it leaves a lot to be desired. Principally, this is a blandly shot experience that looks more akin to a bare-bones web series than a feature film. Moreover, the editing, full of quick cuts and abrupt transitions, feels like it belongs in a music video, while its score evokes the worst of what free sample music has on offer.

Kacchey Limbu, as a whole, lacks that cinematic punch. It doesn’t build nearly enough momentum to generate or even retain interest, though it runs a brisk 100 minutes. It’s as if Yogi and company are happy traversing rote montages, glib attempts at humour, and inauthentic relationships all the way to its dud of an ending— which is a cacophony of grating music and dull slo-mo that feels like it goes on forever.

The chief issue distinctly rests on a missing emotional core. Aditi goes a long way to craft her motley cricket team of misfits, who all have been given the cold shoulder by modern Mumbai, but they never interact in a way that is authentic or meaningful. In a sense, a team that shares a common goal, understanding, or respect for one another is nowhere to be found. As a result, this is more a collective of ragtag stand-ins than human beings.

This issue translates onto the family dynamic as well, as the parents, who represent a key conflict within the grand scheme of the narrative, are never given anything to do besides a few scenes where they voice their disapproval. By the end, they are reduced to mere audience members, who are left with nothing to do but vapidly applaud.

Kacchey Limbu markedly lacks catharsis or any emotional weight whatsoever. At most, it generates faint approval and half-formed smiles. For a film all about familial pressures within the tumultuous Indian experience, it shouldn’t be this apathetic, inoffensive, and obvious. It begs the question, who was this film made for?

Glass Onion: A Knives Out Mystery is Nearly Equal to the Original