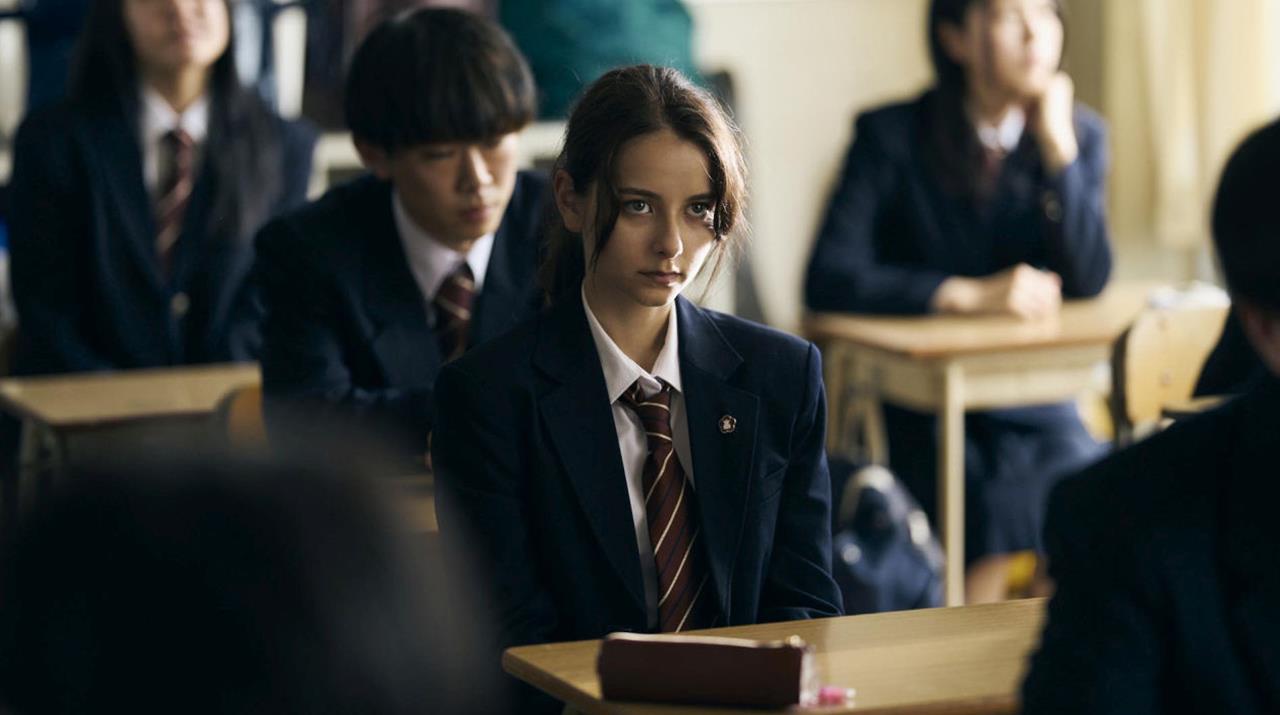 The immigrant story is a surprisingly popular sub-genre in movies. It isn’t the sort of movie that immediately comes to mind when listing film ideas, but there are plenty out there. Examples range from The Godfather: Part II, Once Upon a Time in America, to the recent Rise on Disney+. Many such stories are about the trials and tribulations of individuals or groups hoping to make it to states known for accepting immigrants and refugees (more so than other places at least). The United States dominates, but even Greece welcomes a great number of African people, as shown in Rise. But what of the Kurds, who don’t have a country to call their own? What of Japan as a new home? Such is the subject matter of writer-director Emma Kawawada’s film, My Small Land.

Sarya (Lina Arashi) is a teen living in Saitama, Japan. She speaks the language, goes to school in uniform just like the other girls, and, to a large extent, exhibits the same mannerisms as the natives. She tells her friends and corner market employer that she is originally from Germany but the truth is that she and her family are applying for refugee status as Kurds. The Kurdish diaspora question is complicated, to say the least. Her mother has been dead for some time and her father fled to Japan after being prosecuted years ago. A smart young lady, she may even earn a special recommendation for college, much to her satisfaction. Working at a mini market isn’t terribly thrilling but it helps her support her family that little much more. She is also making friends with co-worker Sota (Daiken Okudara), with whom she shares attraction and curiosity. However, when immigration informs the family that their refugee claim is refused and that their visa identification cards are no longer valid, the challenges of being stateless come rearing their ugly heads again.

Watching My Small Land as a Canadian is an interesting experience. Canada accepts a bunch of people from all over the world all the time. Japan (which the author has sadly yet to visit) always feels so…Japanese. To be fair, that is increasingly untrue, albeit with modest steps. All the same, films about Kurds trying to gain status in the Land of the Rising Sun are, well, it looks as if My Small Land may be the only one. Kawawada’s film therefore immediately has a great hook. A Japanese filmmaker making a drama about something that simply isn’t seen very often. A lot of movies from the same country play every summer at Fantasia. To no one’s surprise, they’re typically populated with locals.

The film plays its cards with maturity and sensitivity. No native citizens besmirch the different-looking protagonist or her family. In fact, everyone behaves with either moderate or great concern for their plight. Chief among them is Sato, who evidently has a bit of a crush on Sarya. The latter obviously shares the same feelings, but in a fashion so often seen in Japanese tv and film. They take things very slowly, demonstrating their feelings with the subtlest of words and gestures. Even the father, who makes the occasional plead towards Sarya that she never forgets where she came from, feels rather comfortable with the country’s culture.

Speaking of the protagonist, Lina Arashi is excellent in the lead role. She is, after all, the living embodiment of the newer Japan. Born to an Iranian father, Arashi is a new actress and working model. One look at her Instagram says it all: it’s mostly in Japanese. Her performance in My Small Land straddles the fine line between being reserved like so many Japanese are and giving in to emotions when the tide starts to turn against her family. She gives an impressively calculated performance. Less so because one can detect she’s playing at emotions.  Rather, it convincingly embodies what it must be like for many people who live in a different land from that of their parents yet are continuously reminded of the fact they still possess cultural DNA that differs. Especially in a place like Japan, where it remains more difficult for refugees than a lot of other countries around the world.

Elegantly paced, Kawawada ensures that each of Sarya’s exacting, happy, and bittersweet moments are given their due. By the conclusion, there is a genuine sense that, even though little time has passed in the world of the movie, the teenager has grown considerably. As previously mentioned, the film smartly refuses to play the easy card of cultures clashing. Kawawada (with the celebrated Hirokazu Kore-eda backing her as producer) is interested in how someone from a very different culture grows up when melding with a stereotypically closed one. A key decision in emphasizing the film’s legitimacy was casting the lead actor’s real family. Small wonder why the chemistry is so convincing.

Much like My Broken Mariko, at this early stage in the 26th Fantasia Film Festival, the Japanese have come to play with counterprogramming. My Small Land is quiet, methodical, and balances the rush of emotions with austerity. Just as the audience prays that things work out for Lina, one hopes that Kawawada’s movie also finds life with wider viewership.