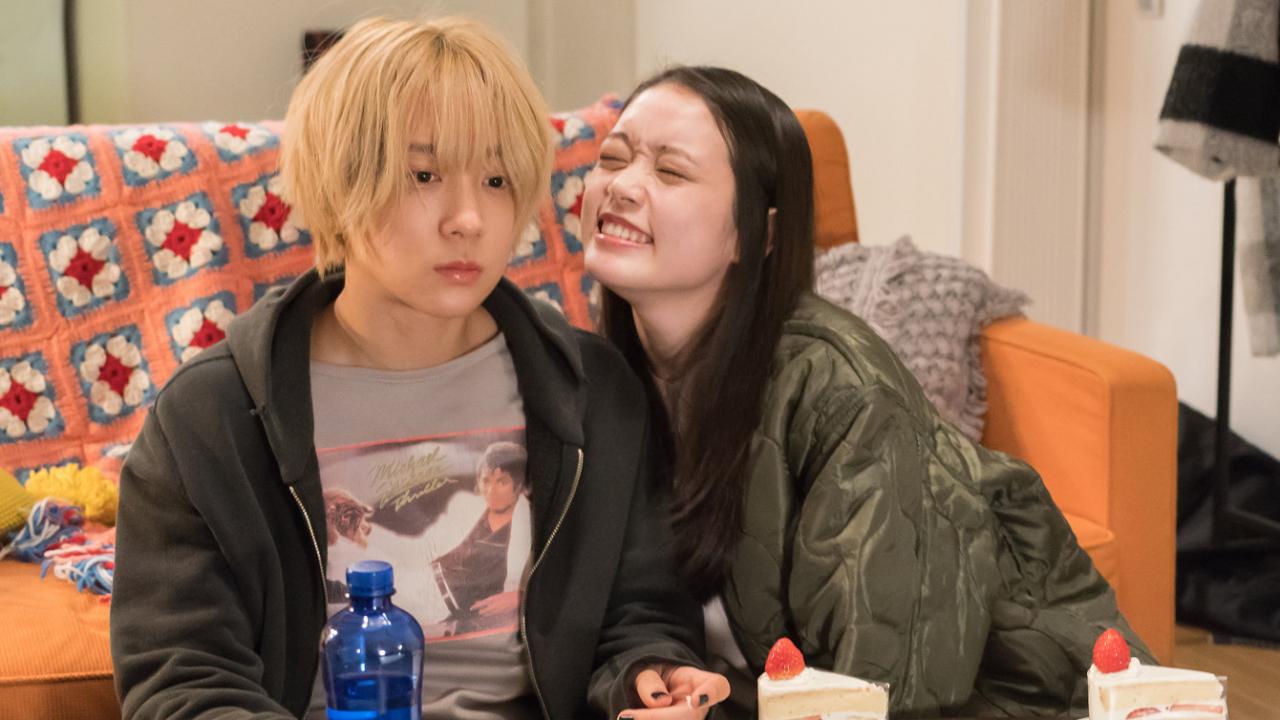 Yûgo Sakamoto’s Baby Assassins is everything that an audience at Fantasia Film Festival could want. It’s a funny, high-energy, thrilling action comedy that doesn’t miss a beat with the action or the humor. Sakamoto also finds a way to pepper in relevant social commentary and insightful reflections without detracting from the energy or the tone of the film.

Baby Assassins follows the everyday lives of young assassins Chisato (Akari Takaishi) and Mahiro (Saori Izawa). While their main income comes from killing, the organization they work for needs them to work on blending into society, which means finding part-time jobs and living together as roommates. What emerges is a slice-of-life comedy about roommate drama and shitty job interviews combined with a more classic action flick about two young assassins fighting against the Yakuza. What’s not to love?

The major selling point of Baby Assassins is the chemistry between Takaishi and Izawa. The two play off each other flawlessly to create a believable and fun duo. The bubbly, moe-loving Chisato and the shy, stoic Mahiro are the perfect odd couple, and every scene that the two have together is either hilarious, moving, or a combination of both. Whether they’re hanging out as roommates or fighting gangsters, both performers are consistently dynamic and engaging. It is an absolute delight to watch them together.

While the chemistry between the two protagonists is the selling point of the film, the supporting cast is also fantastic. The Yakuza members range from staunch and stoic to wild and unhinged, and every performer understands the assignment perfectly. The dialogue is witty and punchy, and the entire film has a brisk and dynamic tone that will keep audiences entertained from beginning to end.

Another major selling point of the film is the fight choreography. Every punch, kick, and machine gun spray is purposeful and intentional. The result is a graceful, thrilling, and ultimately jaw-dropping spectacle of expertly choreographed action. No fight scene goes to waste in a film that truly shows off its masterful combat direction, cinematography, and sound design with every hit.

Baby Assassins also finds a way to incorporate some clever social commentary beneath its fun, action-packed exterior. When Chisato works at a maid cafe, she is surprised to find out that there are people who have to be mindful of the cost of everything that they eat; meeting someone who sees a sandwich as a luxury dramatically changes the way that she thinks about food and money. The film’s commentary on the lives of people who work in the service industry is subtle and smart.

The film also explores what it means to find your place in society, and asks what you to do if you find out that you might not want a place in society at all. Along with other subtle comments about faux-intellectualism and gender relations, Baby Assassins is often as insightful as it is fun.

Unfortunately, the one major area where Baby Assassins falls short is its complete lack of plot. The film attempts to weave a story about the titular assassins angering the Yakuza, who try to hunt them down for revenge. However, all of their interactions with the Yakuza end up being rather sporadic and coincidental, and any purposeful narrative thrust is completely absent. Pretty much every character lacks any sense of motivation behind their actions in the main narrative. While the characters are well-developed as individuals, the reasons behind their connection to the main “assassins vs. Yakuza” narrative are arbitrary and confusing. The film is great at character work, but terrible at plot work, and the film lacks a narrative thrust to carry these characters forward through a memorable story.

Because of these plot issues, Baby Assassins may have been better as a TV series, or at least a film with a clearer anthology or montage setup. The film works much better as a sporadic mix of smaller, disconnected stories, but falls apart when it tries to connect all of these stories together into a coherent narrative. It is disappointing to see a film with so much good going for it – wonderful performances, memorable characters, great writing, a well-developed stylistic tone, and flawless fight choreography – ultimately undermined by its lack of a fundamentally good narrative.

While Baby Assassins’ narrative woes may prevent it from reaching its true potential, it is still a fantastic film that more than embodies the spirit of a festival like Fantasia. It is definitely worth the time and the price of admission to check out, and anyone who enjoys wit, fast-paced humor, and great fight choreography and action scenes is bound to have a fantastic time.

Hard-Boiled Elevates Gunfights to an Artform